A CHAMPIONSHIP record and a first senior indoor title are two of the headline-grabbers from another gold-en weekend for West Cork athletes on the national stage.

Also on Saturday, Bandon AC’s Shane Howard powered to gold in the men’s long jump to retake the number one spot, having previously won this title, for the first time, in 2019. Howard’s jump of 7.47m was good enough to land the 27-year-old his latest senior Irish title, with Leevale’s Reece Ademola (7.40m) in second place. 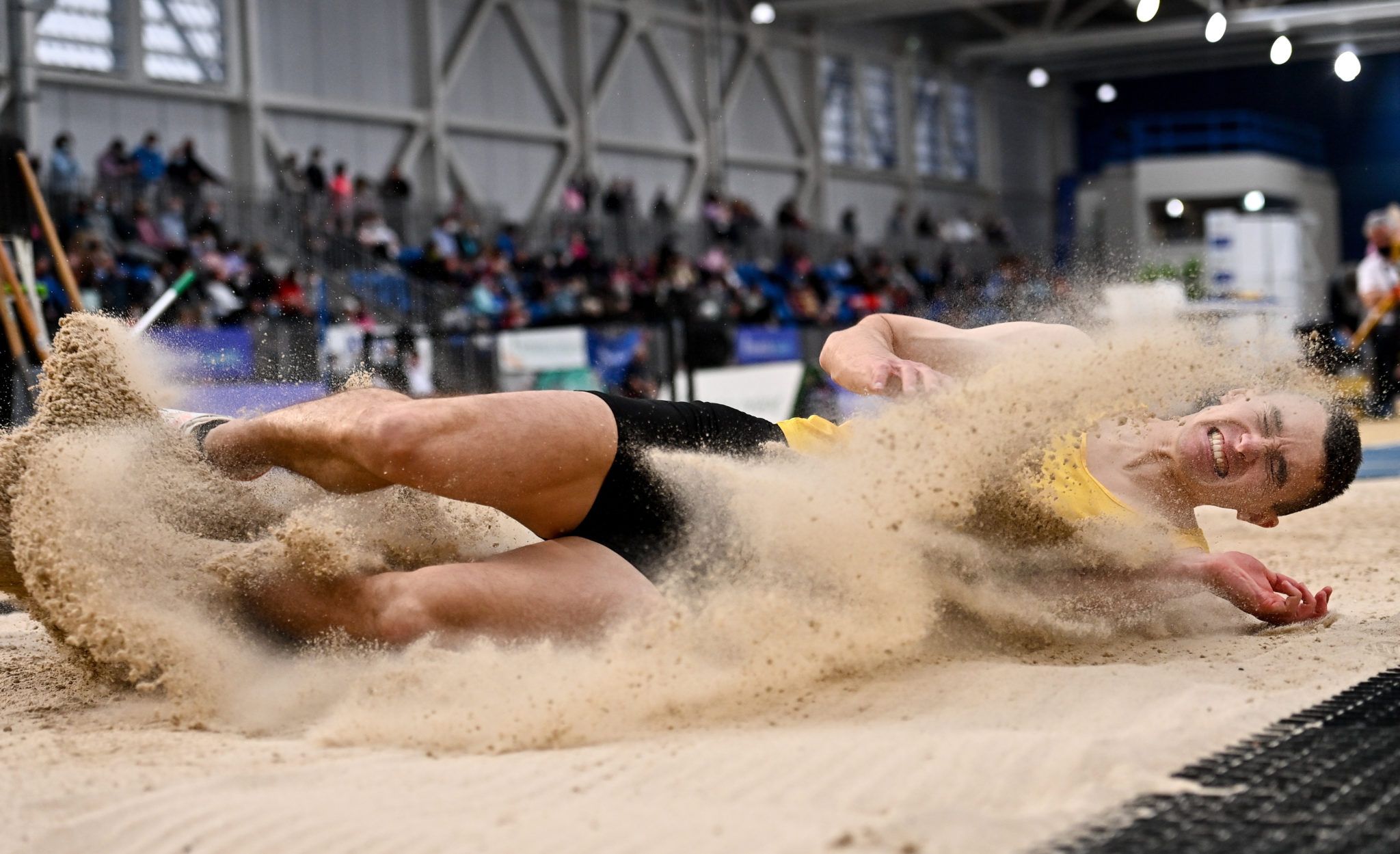 For 21-year-old McElhinney, his success in the men’s 3000m was impressive on a number of different levels. It was his first Irish senior indoor title, he coped effortlessly with the tag of pre-race favourite and he also feels the race – and the last kilometre in particular – was ideal ahead of the World Indoor Championships in Belgrade in two weeks.

‘I was delighted to win because it’s a national senior title – and it’s only my second ever, between indoors, outdoors and cross-country. It’s my first senior indoor title so it’s obviously of significance for me,’ McElhinney told The Southern Star.

‘The whole day was of significance, too, because we didn’t have a national senior indoor championship last year because of Covid. So, going from two years ago when I came third and went in there as very much the underdog and not much expected of me, to this time when I went there as the favourite and as the man to beat, it has highlighted my progression over the last two years,’ he added, before giving his race verdict.

Billed as a showdown between McElhinney and another rising star, 17-year-old Nick Griggs, it was the West Cork man who made the decisive move ten laps into the 15-lap race as he powered to the title in 8:02:82. This is well outside his recent PB of 7:45.91 (also an Irish U23 record), but McElhinney can take a lot of positives from his latest win. 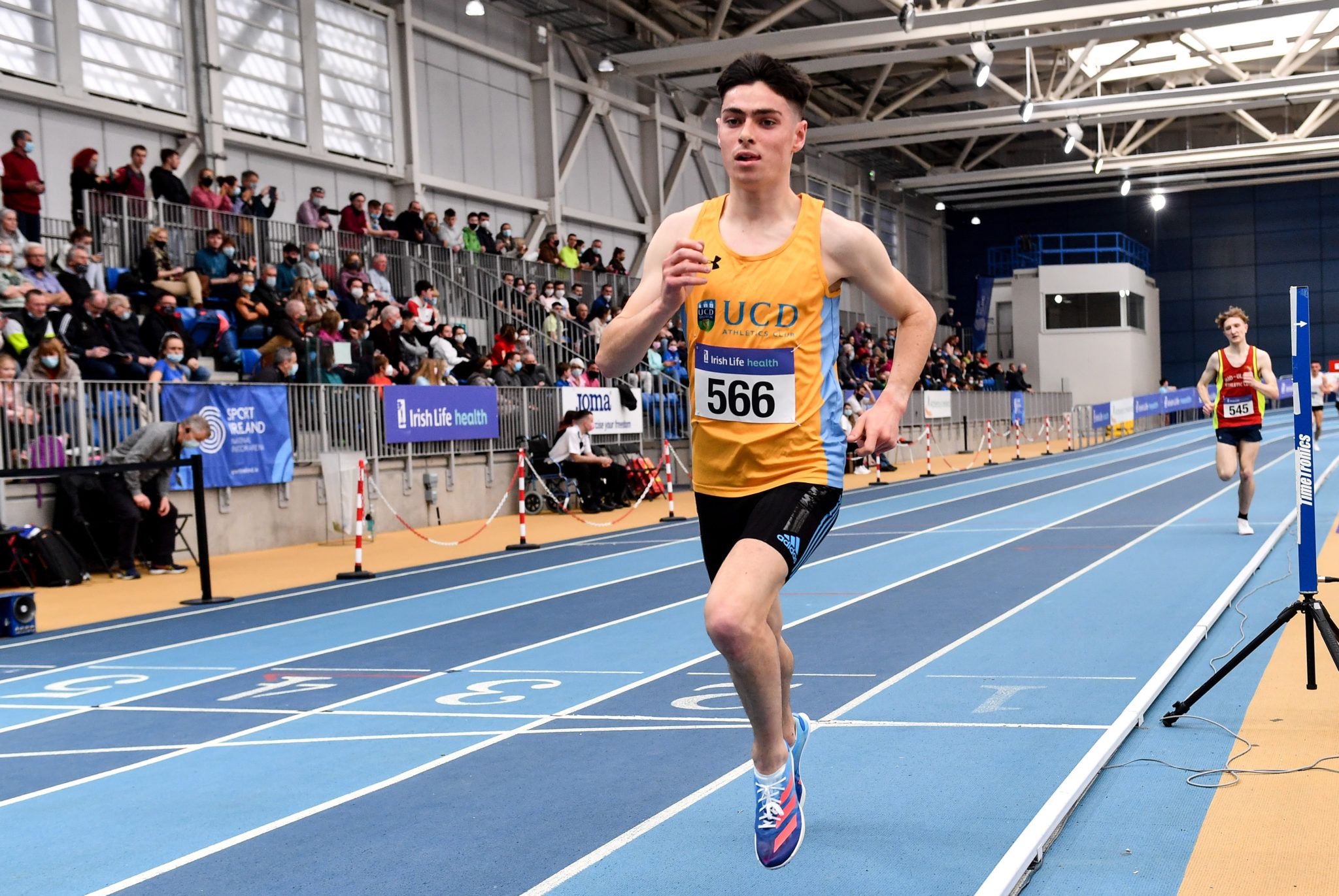 Darragh McElhinney (UCD AC) on his way to winning the senior men's 3000m.

‘I was happy with the performance. 8:02 isn’t a great time, but it was more about closing with a 2:26 last kilometre, which is something that I wanted to practice before the world indoor championships because that’s how the heats will go,’ he explained.

‘It will be a little quicker than we were last Saturday but it will hot up for the last kilometre and you’d expect it to close around that 2:25 mark so I wanted to get as close to that as I could. I went 2:26 and I think I could have gone a tiny bit faster but it was still quite encouraging. And I won quite comfortably in the end, too.’

Darragh’s success made it a McElhinney double on Saturday as, in the race just before, his brother, Eoghan, won the men’s 3000m B race at the Sport Ireland National Indoor Arena. 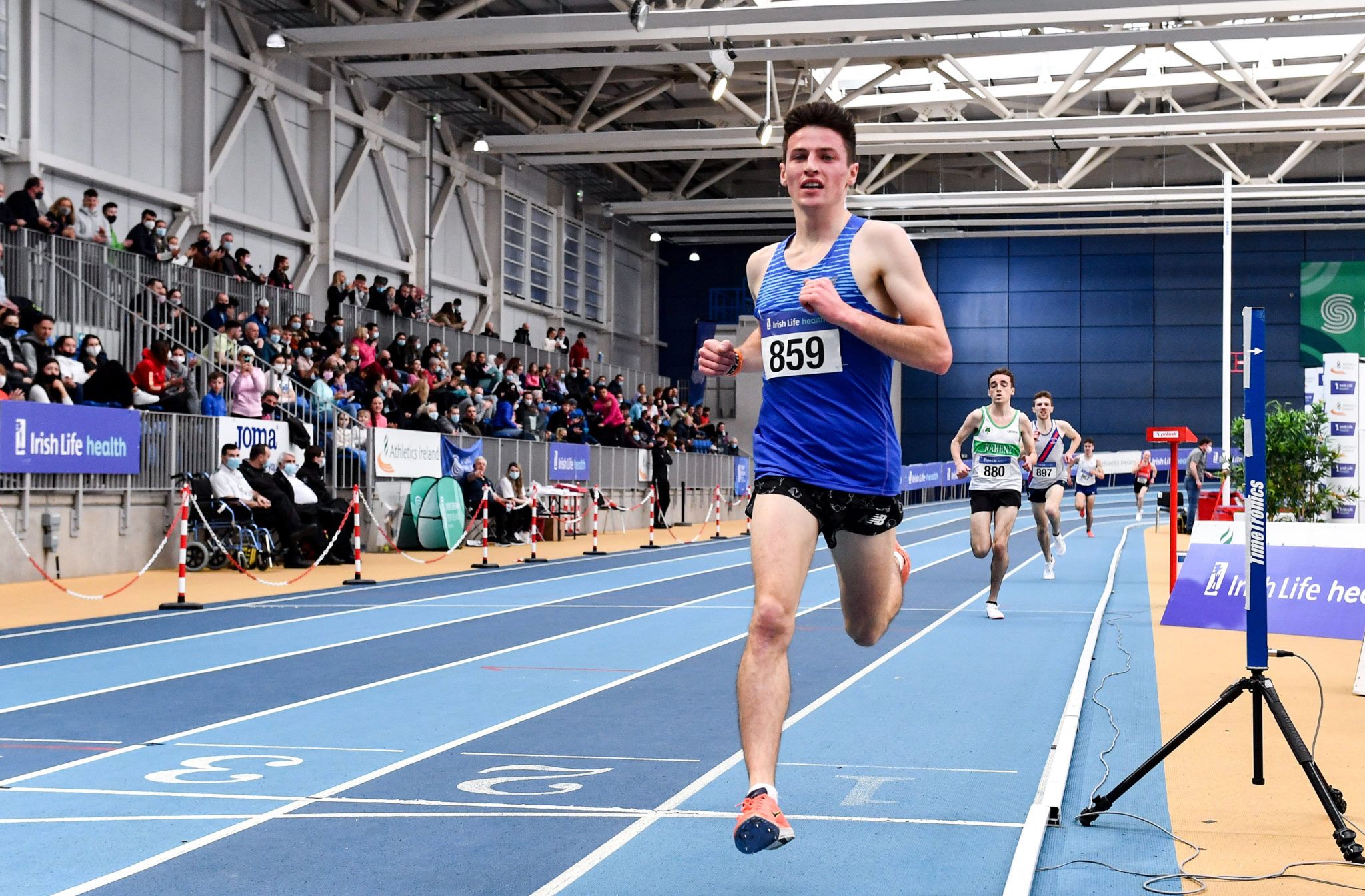 There was no such trouble for Ballineen Bullet Phil Healy who sailed through her women’s 400m heat on Saturday before turning on the style in the final on Sunday afternoon, as she powered to gold and a 15th national senior title. Healy has been in tremendous form so far this season, running all sub-52 second 400 metres, including a new PB of 51.74. She was just one hundredth of a second outside her own record time as she won gold on Sunday in 51.75, well clear of Sophie Becker in second (52.64). This is her seventh senior indoor Irish title.

‘I am really happy with that. I made the most of lane four, we were trying different things, pushing through the bell harder than usual. It’ll all pay off. I’m thrilled to come away with another national title,’ she remarked. 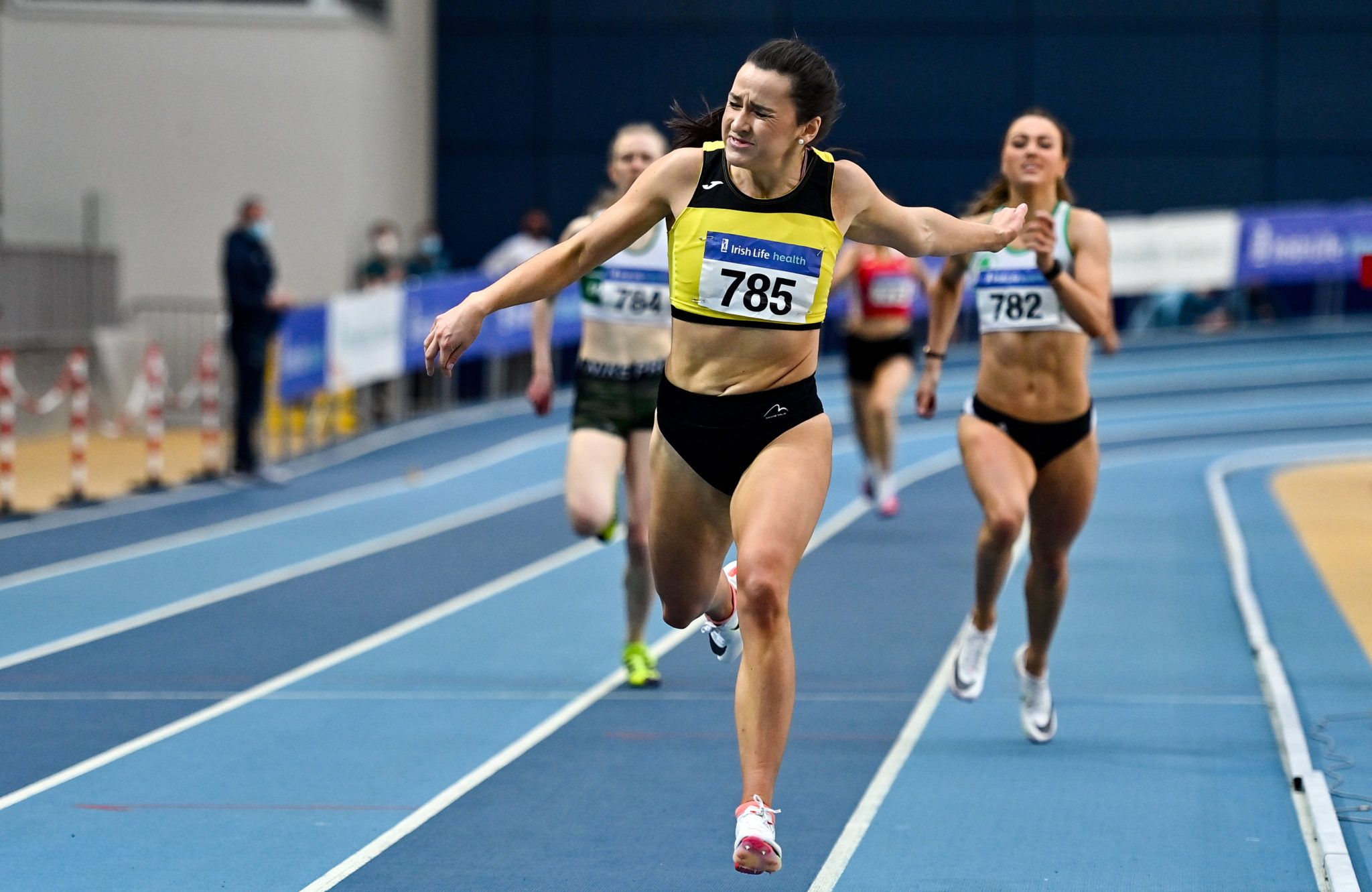