SO CLOSE yet so far for Ilen Rovers who almost caused the shock of the round at balmy Ballinascarthy last weekend.

Instead, hot favourites St Finbarr’s survived a raft of injuries and an incredible second-half comeback from resilient Rovers to put themselves in pole position in their Bon Secours Premier SFC group following this narrow three-point victory.

Rovers came into this tussle as rank outsiders but at the end of a scintillating hour’s football could consider themselves extremely unlucky not to have taken, at the very least, a share of the spoils.

Granted, the Saints were hit with a spate of injuries, losing midfielder Eoin Comyns, Colin Lyons and Conor Dennehy in the opening 30 minutes, but this in no way detracts from the magnitude of Rovers performance.

While this second group loss, coming after the defeat to Clonakilty, leaves Ilen now facing a must-win final group game against Ballincollig later this month, they will approach that game in a positive mindset after this performance. 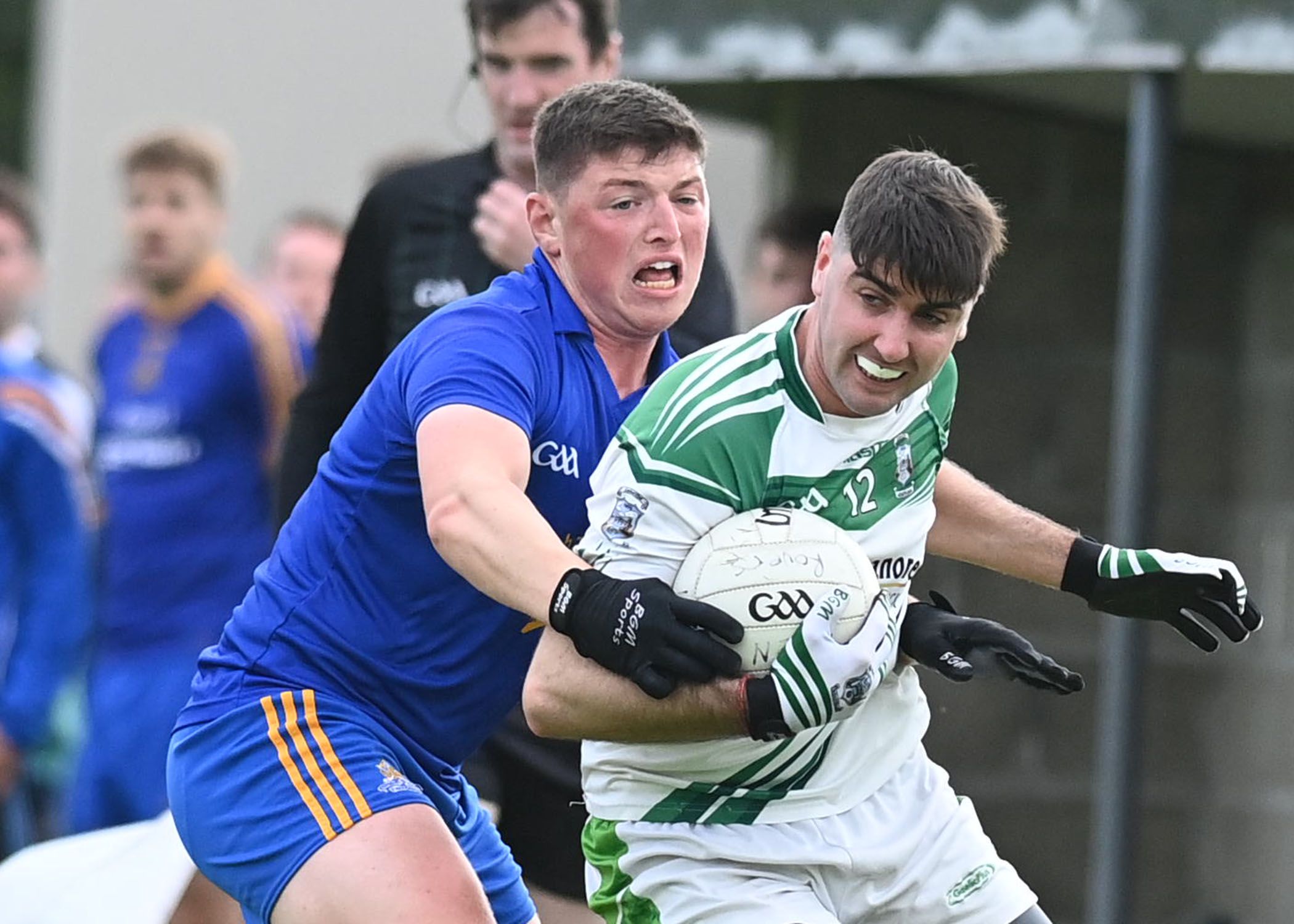 ‘In fairness to our lads they delivered a fine performance,’ Ilen manager Jason Whooley said.

‘We could have won it, so it is very disappointing, but we must take the positives and there were many today. It’s all about building on this and seeing if we can repeat it against Ballincollig the next day.

‘We have some fine footballers in our ranks. Perhaps our Achilles Heel is lack of belief and confidence, but days like today will install that missing link. Bar the first quarter we were well in the game and could have scored a couple more goals but for the excellence of their goalkeeper John Kerins. Overall, there is a lot to be enthused about going forward, if we maintain the quality and standard of football which we showed here.’

The Saints got off to a rampaging start as Northern import Conor McCrickard and the influential Brian Hayes both hit the target inside the opening 60 seconds. Steven Sherlock added a free before Stephen Leonard got Ilen on the scoresheet after a lovely solo dash. Sherlock again obliged, but a delightful score from Sean O’Donovan gave signs that Ilen were beginning to find their feet.

But the winners extended their advantage as McCrickard scored two beauties and Sherlock added another. It was 0-7 to 0-2 to the Barr’s after nine minutes. Sean O’Donovan pointed a free in response, but when Dylan Quinn slipped inside the Ilen cover to split the posts Rovers looked in all sorts of bother, despite the best efforts of the O’Driscoll trio of Cian, Peadar and Peter augmented by the support of Leonard, Sean O’Donovan and Dan MacEoin in attack.

Ilen introduced Micheál Sheehy and he was to go on and play a leading role in their transformation, as a delightful Alan Holland point lifted the spirits of the Ilen troops. Barrs shot-stopper Kerins saved a blockbuster from Leonard but Rovers were not to be denied as following a superb move involving Conor O’Driscoll, MacEoin, Leonard and O’Donovan, the latter billowed the Barr's net. Peadar O’Driscoll added a point and against the odds Ilen were level at the break, 1-5 to 0-8. 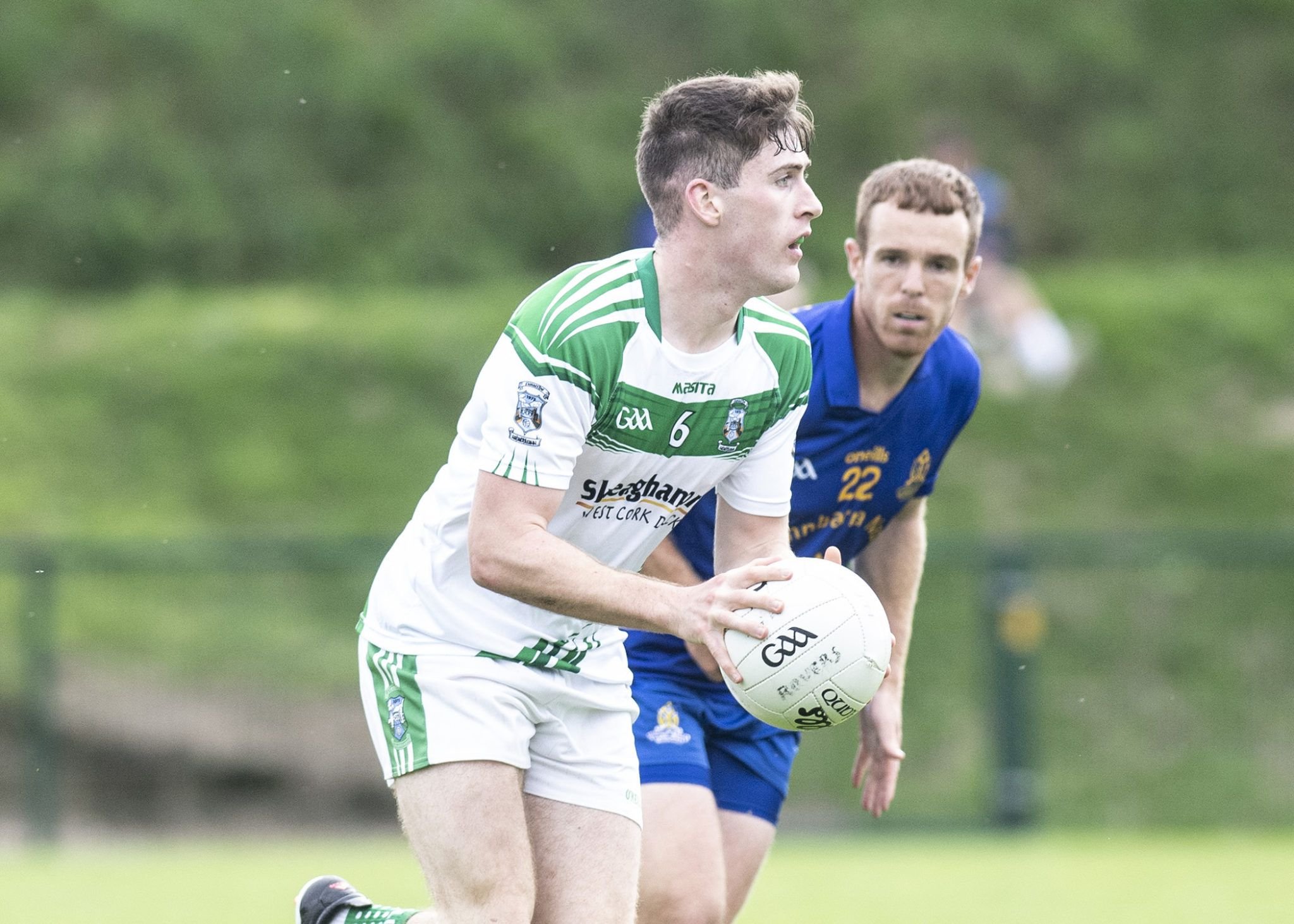 Ilen Rovers' Jack Collins tries to set up an attack.

Brian Hayes and the stylish Cillian Myers-Murray soon had Barr’s back on the front foot, but MacEoin (free) and another class score by Alan Holland with a Sherlock point sandwiched in between had the good crowd in fine voice.

Colm Barrett, Peadar O’Driscoll (free), Sean O’Donovan, McCrickard and Leonard all raised white flags as the action now was frenetic. Kerins brought off two magnificent saves to deny the all-action Leonard as Ilen went for the jugular. MacEoin fired over another only for Barrett to negate it before Barr’s lifted the incessant Ilen siege and a Sherlock free, followed by two majestic points from mercurial full forward Cillian Myers-Murray saw the city boys’ home, but Ilen will take heart from this performance ahead of their must-win clash with Ballincollig.