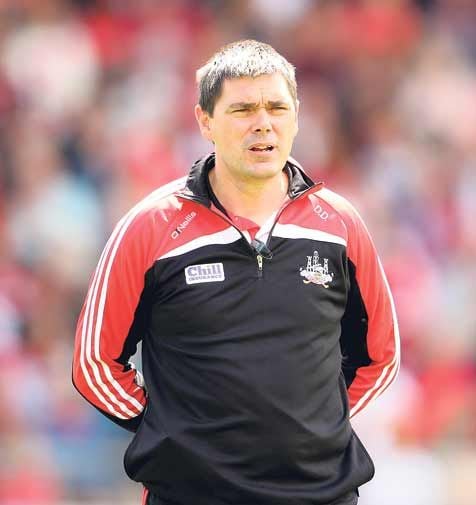 ONCE bitten, twice shy, Don Davis insists Cork won’t make the same mistake again, so much so they are treating Sunday’s Munster SFC semi-final like an All-Ireland final.

Confident that lightning won’t strike twice, the O’Donovan Rossa clubman believes there will be no repeat of last year when a heavy loss to Dublin in a Division 1 league semi-final was followed by a real fright against Tipperary in the Munster semi-final – a game, perhaps, Tipp deserved to win.

After April’s horror show against the Dubs in the Division 1 league final, Clare are preparing an ambush this Sunday in Páirc Uí Rinn, and want to go one step further than Tipp last year.

‘You only have to go back to the Kerry match last year to know what to expect off Clare – they will be there or thereabouts on Sunday,’ Davis told The Southern Star.

‘We really have to treat every match as an All-Ireland final, and take it game by game. Clare is the first game.

‘We aren’t and we won’t take anything for granted, especially after our Munster semi-final against Tipperary last year when we were very lucky to come away with a victory.

‘The league campaign is gone. That was one competition. It’s done and dusted. We are now into the Munster championship. That’s our second competition. That’s how you have to approach it.’

The Rebel selector is adamant that there is no hangover from the Division 1 league final lesson dished out by the Dubs, and instead he is emphasising the positives from the league.

Take the league in its entirety, he says, not just one game.

‘The players and the management sat down and spoke about the league final, but it’s parked now. If you keep looking backwards you’ll never see what’s in front of you,’ Davis said.

‘People are very quick to look at the negatives but throughout the league campaign Cork beat all four of last year’s provincial winners at some stage.

‘We had four very difficult trips to the north, the players had to build camaraderie so we can take a lot of positives. This is a developing group and people need to remember that too.’

Davis also points out that while pundits are quick to dismiss Cork on the back of last year’s poor championship campaign, it’s lost in translation that this Rebel team is one still in transition, albeit in a healthier place now than back then, he says.

‘Last year it was a group that was in complete transition,’ Davis stated.

‘The previous management had been very successful and a large group of experienced players retired at the same time, so it was a new group of players, but they have matured over the past 12 months and are in a better place now than was the case 12 months ago.

This season Cork are also better positioned tactically too for whatever is put in front of them, according to Davis.

‘The league was another education again this year as each team we played came with a different system to us,’ he said.

‘We have developed one or two systems that we feel we are very comfortable with and that we feel we can adapt or change depending on the type of opposition we are playing against. We are better prepared this year for what will be thrown at us.’