COLÁISTE Pobail Bheanntraí’s trailblazing rugby teams are no strangers to making school history in recent years – and they are doing it again.

In late 2019 the Bantry school’s junior rugby team made a notable breakthrough when, for the first time in Coláiste Pobail Bheanntraí’s history, they qualified for the Munster Schools Junior Cup.

Twelve months ago the school’s senior rugby team advanced to compete in the Munster Schools Senior Cup for the first time.

And now, in the same season, the Bantry school’s senior and junior teams have both qualified for their respective Munster schools’ competition.

‘It’s the first time that we have both teams through in the same year,’ explained teacher and coach Peter Cawley.

‘Back in 2019 we got into the junior cup, and last year our senior team, which would have been based on that ’19 junior team, made the senior cup. This season both teams have made it.’

Rugby is certainly setting down its roots in the Bantry school, and its close connection with Bantry Bay RFC is reaping rewards for both. The majority of the school’s rugby players also line out with Bantry Bay.

‘That relationship is key because players get double the exposure of training and exposure to rugby and high standards,’ Cawley added, as both school teams prepare for big games this month.

The senior team takes on Glenstal Abbey in round one of the Pinergy Munster Schools Boys Senior Cup on Thursday, January 12th, at Garryowen RFC in Dooradoyle (2pm start). The winner here plays Rockwell College in round two on January 26th.

It’s worth noting that Bandon Grammar School will also be in round one action next week, on January 11th when they play Castletroy College in Musgrave Park (2.30pm). 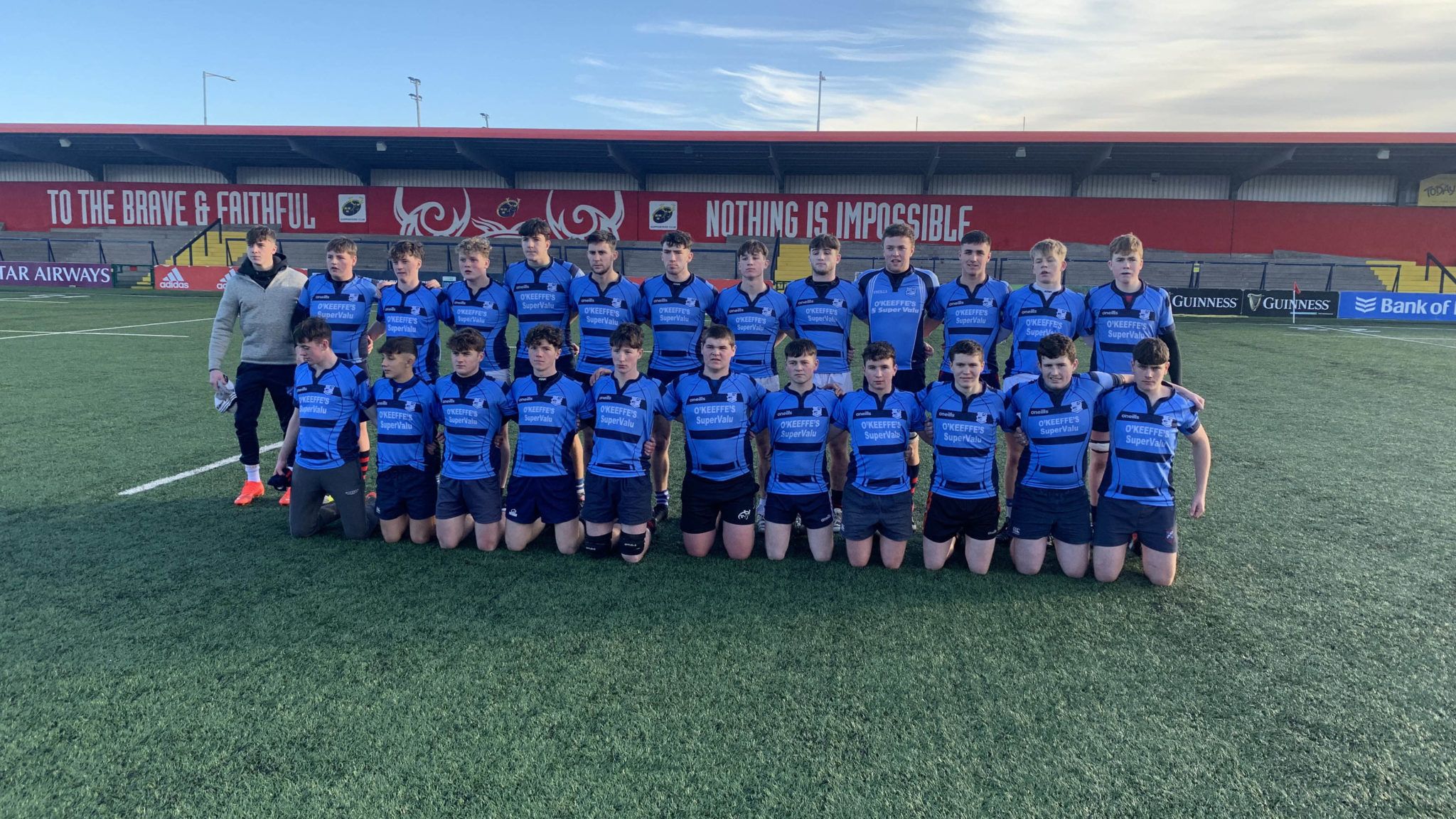 The Coláiste Pobail Bheanntraí senior rugby squad that is through to the Munster Schools Boys Senior Cup.

‘Rugby in Bantry is going quite well now. Dylan Hicks and Michael O’Donovan have both played for the Irish U18 clubs team, and you have Daire Kingston who has been on Munster development, U18 and U19 squads. Stephen O’Donovam, Michael’s younger brother, is on the Munster U18 regional development squad,’ Cawley explained. It’s very much a family affair, too. There are four sets of brothers on the teams – Paddy and Michael O’Sullivan (both junior), Michael and Stephen O’Donovan (both senior), Kian (junior) and Alan Kelleher (senior), and Dan (junior) and Owen O'Neill (senior).

The junior team booked their spot in the Munster Schools Junior Cup after a 17-7 win against Villiers School last month, thanks to tries from Daniel Ward and Killian Hurley.

Like the school’s senior side, the juniors will also play Glenstal Abbey in their round one game later in the month.

‘Last year we entered the juniors in the McCarthy C competition, and we played against C teams of Pres, Christians, in a blitz format, and we won that tournament. That gelled that panel together. There is a panel of over 30 lads. That bit of success last year has created a stepping stone,’ Cawley said, as excitement builds in the school ahead of a busy month for the school’s rugby teams.

Coláiste Pobail Bheanntraí is now mixing it with the established schools’ rugby powers on a more frequent basis, and this exposure to a higher level will improve the players, and that’s good news for the school and the local club. What was once history-making is now becoming the norm, and that’s a testament to the ongoing work in Bantry rugby, both in the school and local club.