LISLEVANE legend Jennifer O’Leary has few equals in camogie. Not only is she West Cork’s greatest-ever camogie player, but also one of the best to ever play the game.

Eight All-Stars. Four senior All-Irelands. Six Division 1 league titles. Two Celtic Ross Hotel West Cork Sports Star of the Year Awards. Legend is a title that rests easily on her shoulders. O’Leary was a once-off, one of the greats and we won’t see her likes again.

The Barryroe superstar put West Cork camogie on the map, was a hero and role model to so many, including the player who now holds the crown of the region’s top camogie star.

When O’Leary’s Cork story was in its final chapters, Orla Cronin of Enniskeane was setting out on her journey. Their inter-county careers overlapped for a period. The master and the apprentice, as it turns out, but we didn’t realise that then.

‘I knew she had talent,’ O’Leary wrote in her Southern Star column after Cronin’s player-of-the-match heroics in Cork’s 2017 All-Ireland final against Kilkenny.

The Enniskeane woman was just 21-years-old and already comfortable on the main stage. That’s the day Cronin came of age. She scored 0-3 as Cork edged past Kilkenny, 0-10 to 0-9.

These days, and now 25, she is one of the Rebels’ most important and influential figures. She’s the best centre forward in camogie and ticks all the boxes – but there is more to come because she hasn’t reached her ceiling yet. She’s still on her journey to the summit, and her best years lie ahead, when her experience and skills should all come together to create the best version of her.

After Cronin won her first All-Star award in 2020 (the first West Cork player since Jennifer O’Leary in 2014 to win a Camogie All-Star), then Cork senior camogie boss Paudie Murray told The Southern Star: ‘We will keep pushing Orla because I feel there is more in her. She can go up another level this year (2021) and she is capable of that. Orla is coming into a period now, from 25 years old to 29, where she can lay down a marker and be up there with the very best of them.’ Now it’s new manager Matthew Twomey’s job to get the best out of Cronin because that could hold the key to the Rebels retaking the throne. The county’s last senior All-Ireland was in 2019. Since then Galway and Kilkenny have pushed the Rebels down the charts, but last season showed a new-look, young Cork is well within striking distance of the big prize. The experienced core includes Ashling Thompson, Amy O’Connor, Katrina Mackey,  Pamela Mackey, Libby Coppinger, Chloe Sigerson and, of course, Orla Cronin.

She’s on the way back from injury right now so her minutes in the Division 1 league campaign – Cork opened with an away win against Clare on Sunday – will be limited, but Cork need her back for the championship. She’s a difference-maker.

Last season Cronin was involved in a Cork score every nine minutes. That’s a staggering statistic. She’s a scorer, a creator and a provider. ‘Cork’s quarter-back’ was how Paudie Murray previously described her. She was Cork’s top scorer (0-6, including four frees) in the 2021 All-Ireland final defeat to Kilkenny and also had more possessions (14) than any other Cork forward that day. The Enniskeane woman was magnificent in Croke Park on that September Sunday, and despite Galway snatching the honours, it could yet be an important bookmark in Cronin’s rise to the game’s elite. 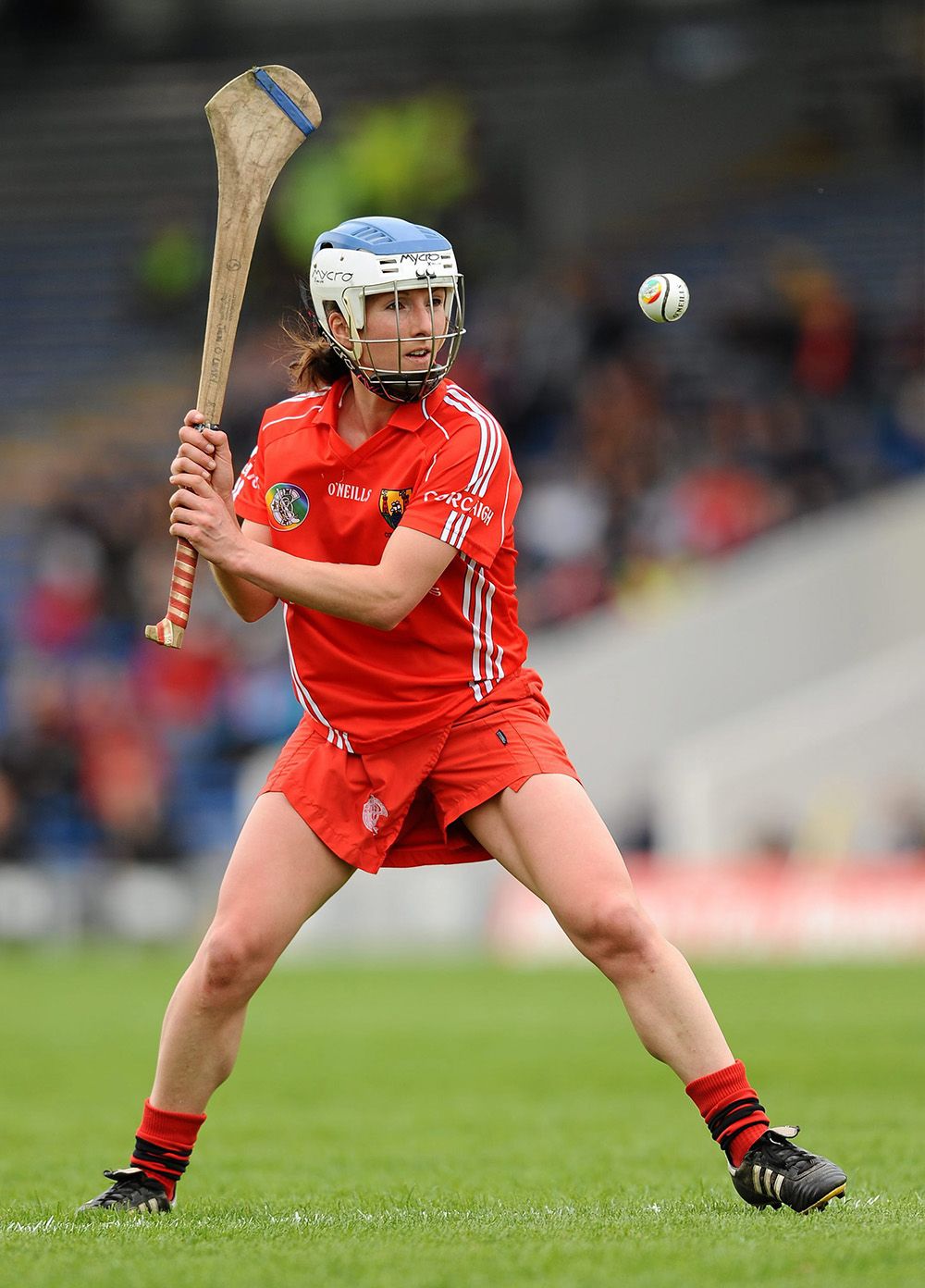 Jennifer O'Leary is one of the best players ever to line out for Cork.

Her preparation for the showpiece match in the camogie calendar was a player’s worst nightmare. Behind the scenes she was struggling with a hamstring injury in the week leading into the final, but the glaring spotlight was fixed on whether she would even line out in the All-Ireland final – and the saga all played out in public.

In the semi-final against Kilkenny Cronin was sent off for a striking offence. A straight red card. She was hit with a three-match ban that ruled her out of the Galway showdown. The roller-coaster was just taking off. The decision was appealed, but both the Hearings Committee and the Appeals Committee upheld it before, at the eleventh hour and late on the Saturday night before the Sunday final, the Disputes Resolution Authority cleared Cronin to play.

Despite the will-I-play-or-won’t-I-play uncertainty, bound to have been emotionally draining, she turned in a big performance against Galway. Mentally, that’s a line-in-the-sand moment. She handled the situation brilliantly and didn’t let it affect her game. In fact, Cronin was superb. That's an elite-player mentality. That’s the evidence, if she needed it, that she has what it takes to deal with the most stressful scenarios and not let it negatively impact her performance.

Her influence on the Cork team, and she has played 82 times in league and championship since her debut in 2015, can be told in her stats – her possessions per game, her high score involvement, her scoring returns (0-20 in the 2021 championship, 0-13 from placed balls) – but her overall influence is much greater. She has matured into a leader for Cork, the creative spark in the attack that pulls the strings and makes the Rebels purr. And there’s more to come.

Already a driving force, Cronin can become better and develop into one of the best players in the country – and Cork will reap the rewards of that. She needs an injury-free run to get moving again but given what we learned of her mental strength in last year’s All-Ireland final, the Enniskeane woman has what it takes to step it on again. That’s good news for Cork and good news, too, for West Cork camogie.

These are good times for camogie in Carbery. Libby Coppinger of St Colum’s and Newcestown’s Ciara O’Sullivan were starters on the Cork championship team. More role models for young, aspiring local players. Just like Jennifer O’Leary was for Orla Cronin, so will Cronin, Coppinger and O’Sullivan inspire the next generation in Carbery.

‘To have a role model that you can really relate to and aspire to be like is important,’ former Kilkenny senior camogie star – and current Enniskeane resident – Elaine Aylward previously told The Southern Star. ‘If you can look at Orla, see her coming to your local school, that’s a real tangible aspiration for a young girl. They see someone from their own locality put on the Cork jersey and they watch her on TV – and that’s someone that they can really aspire to emulate.’  And there’s even more to come from Cronin as she pushes toward the next level.