Áine Terry O'Sullivan is eager to hit the ground running with Cork this season.

IF Áine Terry O’Sullivan features for Cork in their Lidl NFL Division 1B opener against Meath on February 13th, it will be her first competitive game of football in 182 days.

That’s a long stretch of time without a football match, but it was outside the Allihies woman’s control.

Her club, Beara, pulled out of the 2021 Cork LGFA intermediate championship because of a lack of numbers, so it left the county forward without any club football last season.

O’Sullivan’s last game was Cork’s All-Ireland semi-final loss to Meath on August 15th and her next game could be the Rebels’ league opener on February 13th, again against the Royals who are now All-Ireland champions.

The Cork star can’t wait to get going again as her 2021 season, after injury problems during the national league, was confined to championship games that you can count on one hand: All-Ireland group games against Meath and Tipperary, the quarter-final against Waterford and then the semi-final loss to Meath.

‘The Meath game was the 15th of August and that was my last game of football,’ O’Sullivan says – but while she missed club football, she also used the time away from the game.

In recent years between county and club commitments, including West Cork in the senior championship, she was on the go right up to October or later, leaving just a month or so of an off-season.

But when Beara decided to pull out last season, it cleared her diary. Transferring to a different club team wasn’t an option either. Instead, O’Sullivan saw an opportunity.

‘I was lucky in a way with how things worked out because a few years ago I had got a belt into my face in training, and I had a deviated septum as a result. It affected my breathing a small bit. The break gave me time to get a procedure last September to sort that out. I knew I had a few months off so I used that,’ she explains.

In November O’Sullivan was back on the pitch at home in Allihies, but it wasn’t the high-pressure football environment that she has become accustomed to. Instead, the Garnish Gals were born. And they just wanted to have fun.

‘Because of Covid, there are a lot of us around home in Allihies, and I’m working from home too. A good few of us got together every Saturday – and Garnish was great to give us the pitch for an hour – and we started up a social group,’ O’Sullivan explains.

‘It wasn’t proper training sessions but it was great fun. We had people from the ages of 14 to 50, and it was a real social gathering. It was purely just for fun, a completely different side to football. It was all laughs and that was good. There was no four-hour commute to training and games either, the pitch is only ten minutes from home, and it was really enjoyable.’

She knows, too, that the serious business starts soon. First, it’s with the Cork seniors under new manager Shane Ronayne, and then it’s with Beara who want to re-grade to Junior A for the 2022 club season. O’Sullivan feels this is a must if ladies’ football in Beara is to survive.

Beara LGFA Secretary Mary Power told The Southern Star before: ‘The girls have not won a match in years which is extremely disheartening and we are way out of our league at intermediate level. This is partly due to the fact that in previous years we were not allowed to re-grade as we had three county players, even though their availability to their club was extremely limited.’ 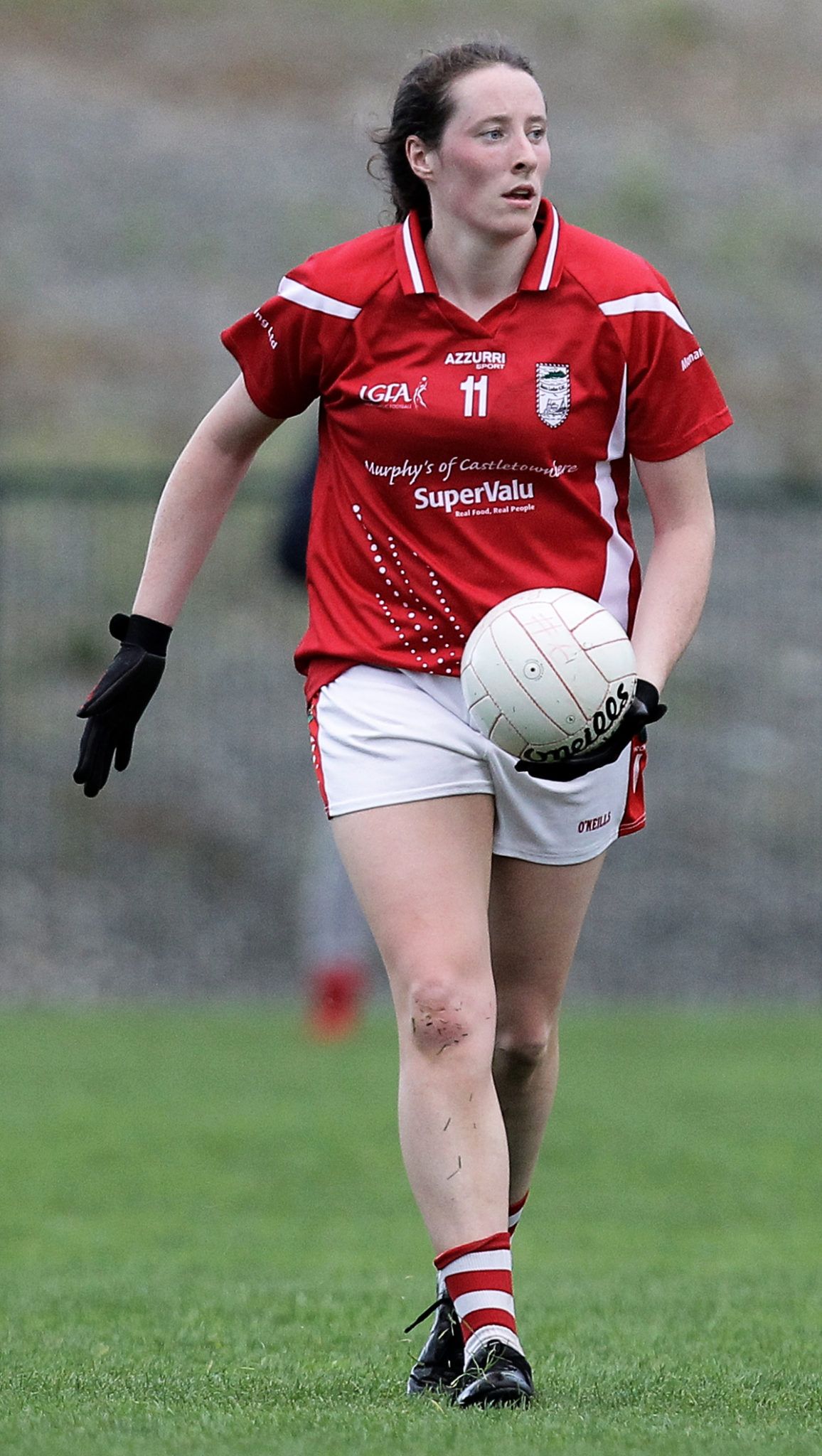 O’Sullivan agrees that Beara need to drop down a level to get the show back on the road.

‘We were saying it the last few years that re-grading is something that needs to be done because we are struggling with numbers,’ she says.

‘Even my own age group and the years below me, we don’t have those girls playing anymore. A lot of our players are either in school or in college. We don’t have too many senior players. Re-grading to Junior A is the best option for us.

‘Anyone could see the last few years that we were struggling in the intermediate grade; go back to two seasons ago and we were even struggling for scores. For younger girls you are not going to keep them involved if it stays like that, you need to be in a grade where you can be competitive to keep girls playing – and we haven’t been. We’ve seen that in the last few years where girls are dropping out, and you can understand that too.

‘Look at where we are located, that is a disadvantage for us as well. Girls go to college, get jobs in Cork or elsewhere. Junior wouldn't be easy for us either – and we are hoping our re-grading gets the green light. I think it needs to be done because we need to have a structure in place for the younger girls and for them to know that they will be playing meaningful games. Junior is still very tough, it won’t be easy, but that is the level that we feel we are at.

‘There are good numbers on the way up and we don’t want to lose them. It’s so important to have a team in the area, and for Beara, because we don’t want girls giving up or transferring out of the area.’

Before O’Sullivan lines out in Beara colours this year, she hopes to nail down a place in the Cork attack, like she has done in previous seasons. She’s eager to impress and show new boss Shane Ronayne what she is all about, and he knows too that the Beara woman is a powerful addition to his front line.

‘Whenever there is new management players want to impress,’ she says, as the new season moves closer. League games away to Meath and Dublin and then at home to Waterford are on the horizon – and O’Sullivan can’t wait. She hasn’t kicked a football in anger in almost six months and she’s like a spring ready to uncoil.

‘The break was nice but you miss it at the same time,’ O’Sullivan adds, as she gets back to business, and, hopefully, a busy season of county and club football commitments.