WE know the 2022 Munster SFC draw and we know the McGrath Cup draw. We know, too, that Keith Ricken is the new Cork senior football manager, but what we don’t know yet is what his panel will look like? Here are some of the players who caught my eye over the 2021 football season and who could have forced their way into the panel for next season.

Brian Hayes (St Finbarr’s) – Hayes really came to prominence this year as a dual star on both the Cork U20 hurling and football teams, winning an All-Ireland with the hurlers and Munster medals in both codes. He was a central figure for the Barrs in their run to win the county premier senior football championship. In The Irish Examiner earlier this year he admitted that ‘the dual role would be impossible at senior level’. Expressing no great preference for either code, both football manager Keith Ricken and hurling boss Kieran Kingston will be canvassing hard for his services. He could mature into a powerful midfielder but has the skill set and conditioning to be the perfect number 10 or 12 for the footballers. 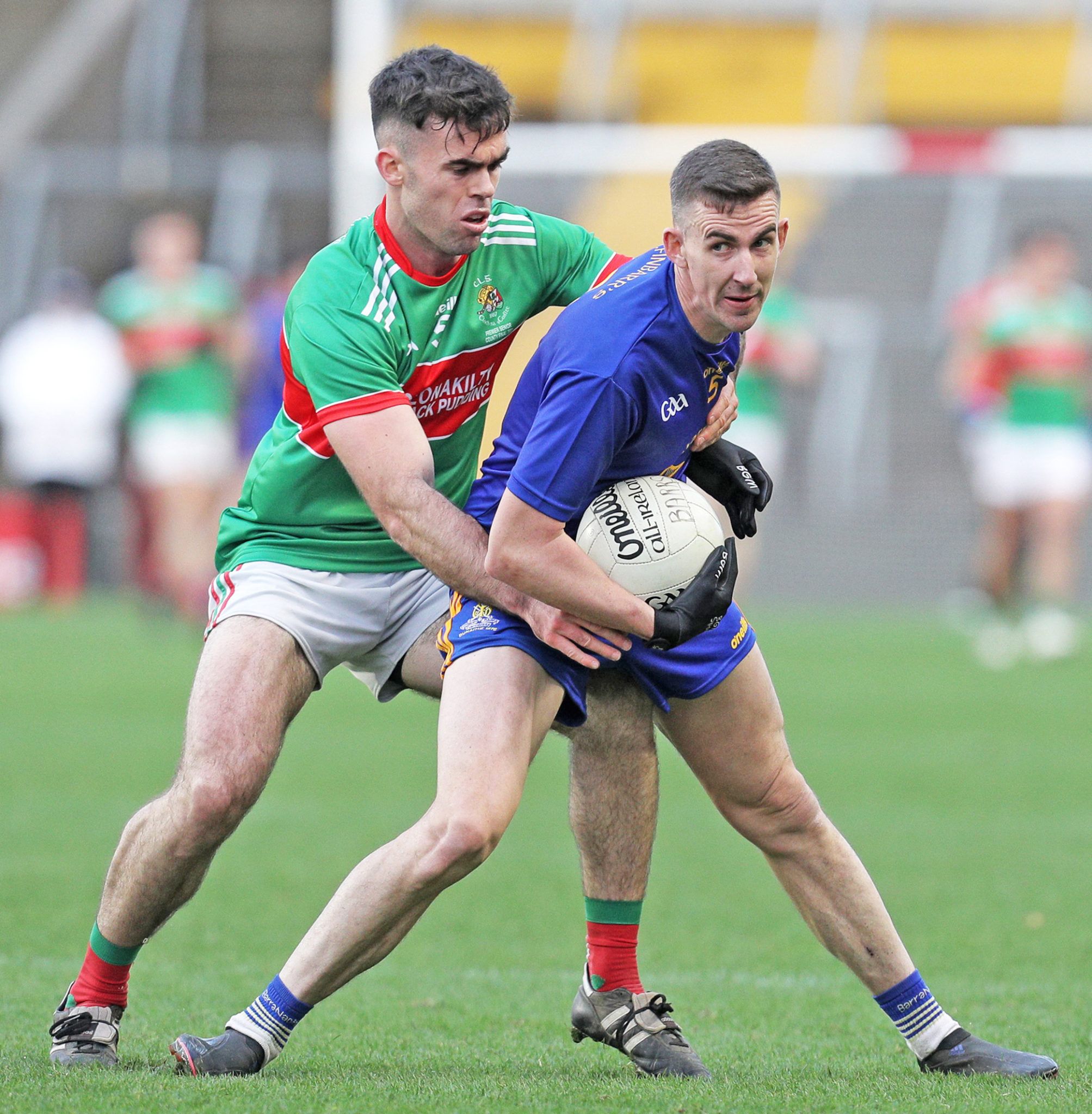 David Lowney (Clonakilty) – Lowney has been on the edges of the Cork senior hurling panel since 2017. He also won two Fitzgibbon Cup medals with UCC, however his first appearance in a red jersey was as a Cork minor footballer in 2014 when he was 17 years old. At just 24 now he is reaching the prime of his athletic career. The quality of his performances game after game for Clonakilty this year have brought him back into the footballing limelight. His strength, boundless energy and footballing brain put him in, possibly, the same bracket as Tyrone’s Conor Meyler as an example of the modern-day wing forward.

John Cooper (Éire Óg) – I first saw Cooper playing in the flesh when Carbery Rangers came up against the 2020 county senior A football champions, Éire Óg, in the group stage of the premier senior this year. That day he was marking Cork footballer John O’Rourke and did a great job on him while also imposing himself on the game from centre back. What first struck me about him was his conditioning and fitness for a non-inter-county player. He had been approached by previous Cork football manager Ronan McCarthy earlier in the year but opted to finish out the club season with Éire Óg, as they had a county final to play in hurling also. Cooper looks like a player with the confidence, drive and football ability to fill a real problem position for the Cork footballers at the moment in the pivotal position of centre back.

Steven Sherlock (St Finbarr’s) – Sherlock’s heroics for the Barrs this year have been well documented in the media; he racked up a whopping 3-42 during this year's championship, including the injury-time winning point in the county final. He was surplus to requirements for the Cork footballers last year but has to come back in under new boss Keith Ricken. At only 25 years old, he is working harder, looks fitter, more nimble and mentally stronger. Sherlock has a licence to shoot on site for the Barrs and has a beautiful kicking style. What might have frustrated past management teams is that Sherlock’s approach to the game can lead to wides and turnovers at a higher level, which can be punished severely down the other end. But that’s the kind of player he is and anything otherwise would take from his game as a whole. 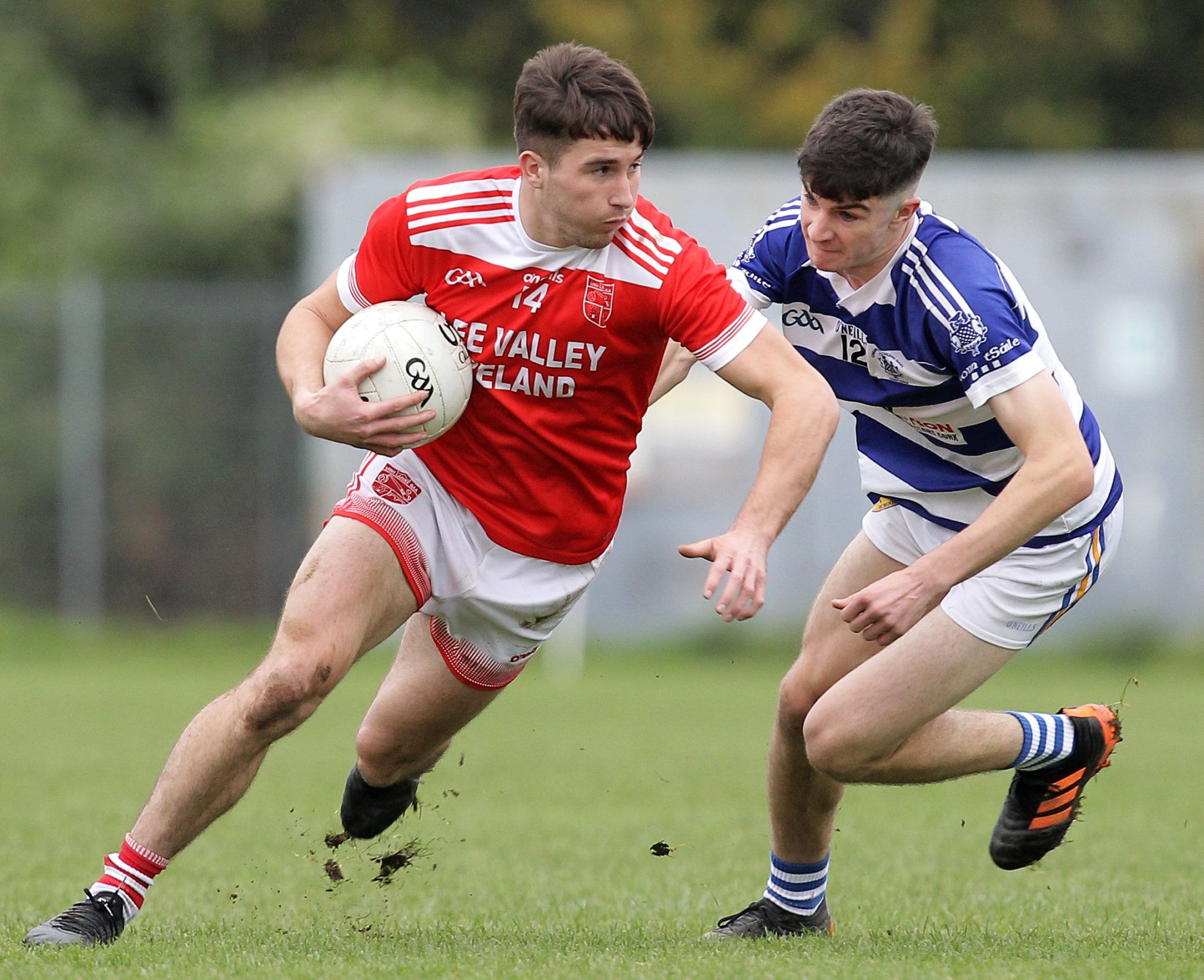 Iveleary's Chris Óg Jones on the attack against Kinsale's Michael Murphy in the 2021 Bon Secours IAFC.

Chris Óg Jones (Iveleary) – Another man who has shot the lights out in this year's championship, he was the driving force behind Iveleary’s back-to-back county title victories at junior and intermediate levels in 2021. He racked up 3-8 in the delayed 2020 county JAFC final during the summer and scored 0-8 in the recent intermediate final against Mitchelstown, taking the man-of-the-match award on both occasions. He has scored 5-36 in the 2021 intermediate A championship alone. Ricken has a deep well of scoring potential to choose from county wide but I’d like to see how Jones would fare in the red jersey with forwards of equal quality around him.

Thomas Clancy (Clonakilty) – His return to club football on a full-time basis in 2021 has helped him re-discover his love for the game. Clancy’s undoubted football ability and leadership qualities re-emerged under Haulie O’Neill this year during Clon’s drive for a first county senior football championship since 2009. Clancy is a big-time player and I got to see this first hand way back in 2010 when Clonakilty Community College won the All-Ireland vocational schools’ championship in Croke Park. Five minutes to go, a point in it, we won a 45. Clancy strode forward from centre back and floated it over. Never a doubt. At the age of 29, if he puts his mind to it he could be a major influence for Cork in the full-back line for the coming season.

Brian O’Driscoll (Tadgh MacCarthaigh) – The Caheragh man is another who has been out in the cold for the past couple of seasons. He was a Cork U21 for four years before graduating to senior ranks in 2014. His undoubted football ability re-emerged this year in captaining Tadgh MacCarthaigh to a first West Cork junior football title since 2012. Still only 27 years old, it seems like the youngest of the O’Driscoll brothers has been around forever. He emerged in the senior jersey during Brian Cuthbert’s term as manager and was dropped off the panel after the 2018 season. As Billy Morgan told Star Sport editor Kieran McCarthy in 2017, ‘potentially he can be very good, he can be among the best in the country’. Ricken is renowned for his man management skills – could he be the man who helps O’Driscoll to reach his full potential?

Colm O’Donovan (Newcestown) –  I first noticed O’Donovan during the Cork U20 footballers’ run this past season and got to see him up close and personal during Carbery Rangers’ Premier SFC group game against Newcestown. He is a pacey, teak-tough corner back who has lashings of football and potential. Still U20 for the coming year he is a defender who takes pride in defending and they are few and far between in the county at the moment. Also a hurler, the talk is that he will assume a dual role for Cork this year. It may be a year too early for him but he is one to watch out for.