Cork LGFA: Game of My Life

(by Ger McCarthy and published by Hero Books)

You will indulge me on this year’s number one (the kind sports ed, already in a festive mood, has given his nod of approval). That’s because I am the author of the stories behind 25 of Cork LGFA’s greatest footballers and the games that changed their lives. This book covers a lot more than just football – family tragedies, career highs and lows, tears, laughter, influences, plus the reasons why each of the 25 interviewees became serial All-Ireland winners and All-Stars. Cork legends Bríd Stack, Rena Buckley, Juliet Murphy, Briege Corkery, Mary O’Connor and Angela Walsh along with more recent Rebel stars Melissa Duggan, Doireann O’Sullivan, Eimear Scally, Emma Spillane, Orla Finn and Martina O’Brien’s experiences make this a must-buy for any GAA/LGFA supporter, player, coach or parent. 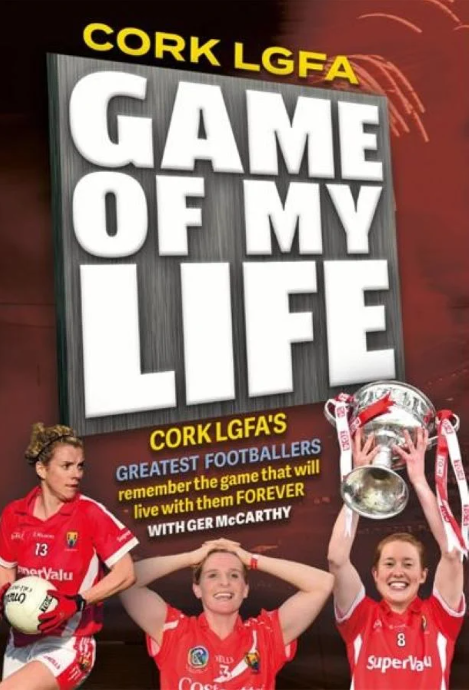 (by Kellie Harrington with Roddy Doyle and published by Penguin Books)

It is just over 12 months since Irish international boxer Kellie Harrington was anointed as the nation’s latest sporting heroine. Harrington became only the second Irish woman to win Olympic gold in the boxing discipline at the 2020 Tokyo Games (held in the summer of ’21). As popular for her humbleness as she is for her pugilistic skillset, Harrington had already won the nation's hearts before agreeing to tell her life story to Roddy Doyle. The result is a magnificently honest, sometimes laugh-out-loud, sometimes tearful, but above all thoroughly engaging read. From shoplifting in Penneys to defeating Beatriz Ferreira for an Olympic gold medal, Kellie is well worth your time. 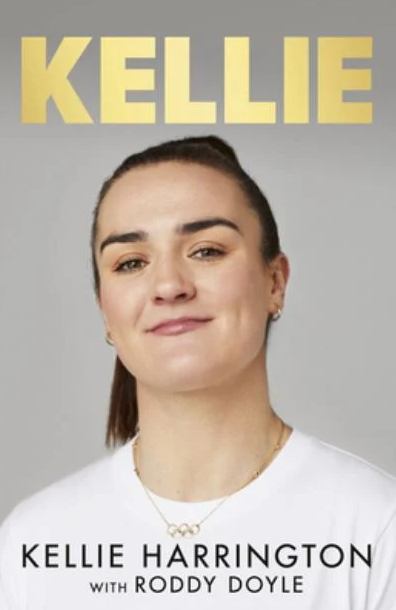 Gemma O’Conor – Why Not a Warrior?

Cork’s nine-time All-Ireland camogie senior winner and six-time camogie All-Star Gemma O’Connor tells the story of a young girl who discovered within herself an ability to compete, win and how to be a leader amongst women. O’Connor’s account of the sacrifices involved in becoming a serial All-Ireland winner are as riveting as her personal life and time serving with the Irish Army. O’Connor’s directness shines through on every page, interactions with her fellow Cork players as entertaining as the trials and tribulations of moving from teenager to adulthood. This is a different and much more worthwhile book for young teens to read instead of run-of-the-mill Premier League millionaire autobiographies out at this time of year. 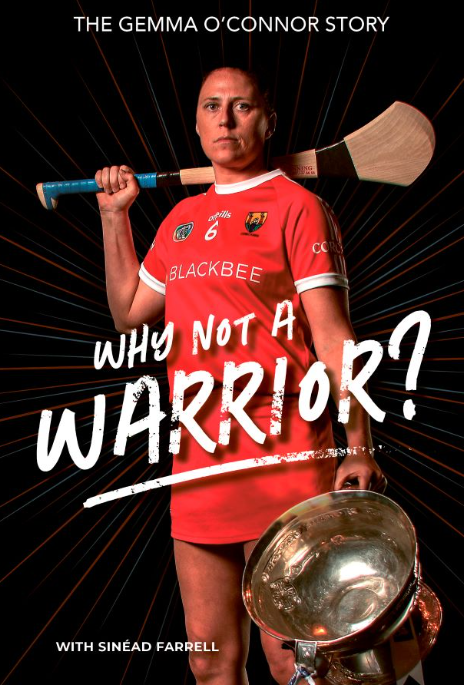 The Game: A Journey into the Heart of Sport

(by Tadhg Coakley and published by Merrion Press)

One of Cork and Ireland’s most gifted writers, Tadhg Coakley has struck gold with his latest offering. A poignant, beautifully crafted book about what sport means and how it shapes the heart, soul and lives of sports-mad enthusiasts and those around them. This is a magnificent read. Why are so many people we know and love so interested in sport? This is not an easy question to answer but Coakley’s nimble phrasing and unrequited love of sport drips from every page. Using his own intimate experiences, Tadhg Coakley has written a book that will appeal to sports fans of all ages. 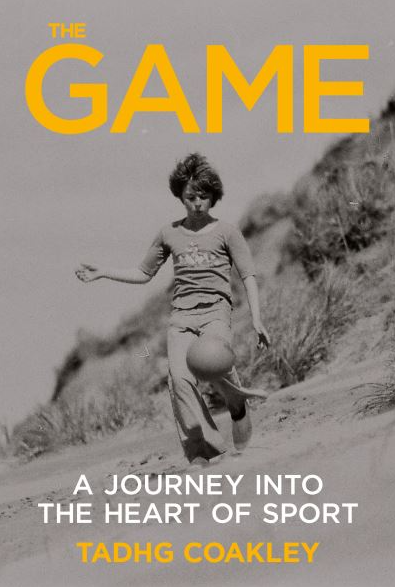 A History of the GAA in 100 objects

(by Siobhán Doyle and published by Merrion Press)

A beautifully illustrated book celebrating the history of our Gaelic Games from medieval to modern times is a welcome addition to the GAA’s ever-growing lexicon of titles. Siobhán Doyle has put together a treasure-trove of historical objects and detailed their significance in an easy to read book that will appeal to all age groups. My own personal favourite object(s) are Anthony Tohill’s Adidas Predator Precision football boots from 2001. Yet, there is a wide range of artifacts to read about including a GAA rule book (1888), a poster banning GAA events (1916), Sam Maguire’s pocket watch (1923) and a cap signed by Christy Ring (1952). 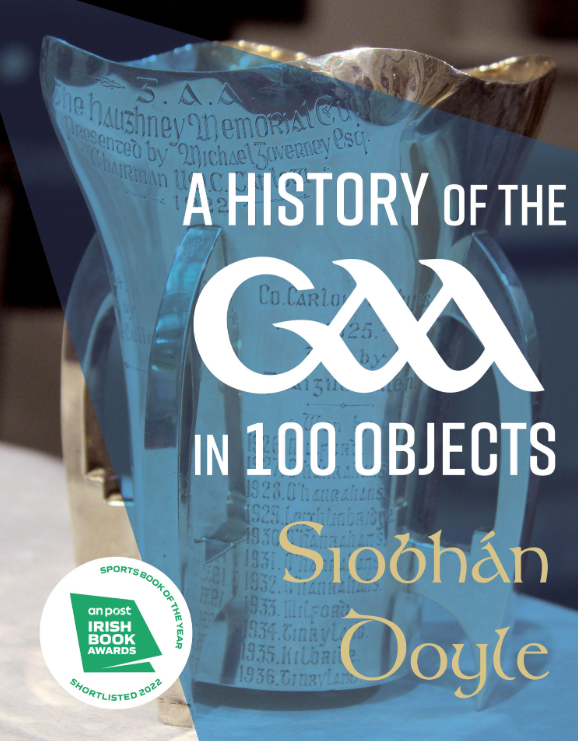 (by Paul McCarthy and published by Sphere)

From humble beginnings to modern-day megalith, the English Premier League is a multi-billion pound business and screened in every corner of the globe. Football journalist Paul McCarthy tells the story behind how the Premier League came to life using accounts from those around the initial negotiating table such as David Dein (Arsenal) and Martin Edwards (Manchester United). There are plenty of additional gems in McCarthy’s book, including interactions with Tony Adams, David Beckham, Eric Cantona, John Barnes, Kevin Keegan and Sir Alex Ferguson. The BBC documentary on the Premier League’s genesis was a terrific watch and Fever Pitch is a worthy accompaniment of a subject matter that will appeal to young fans. 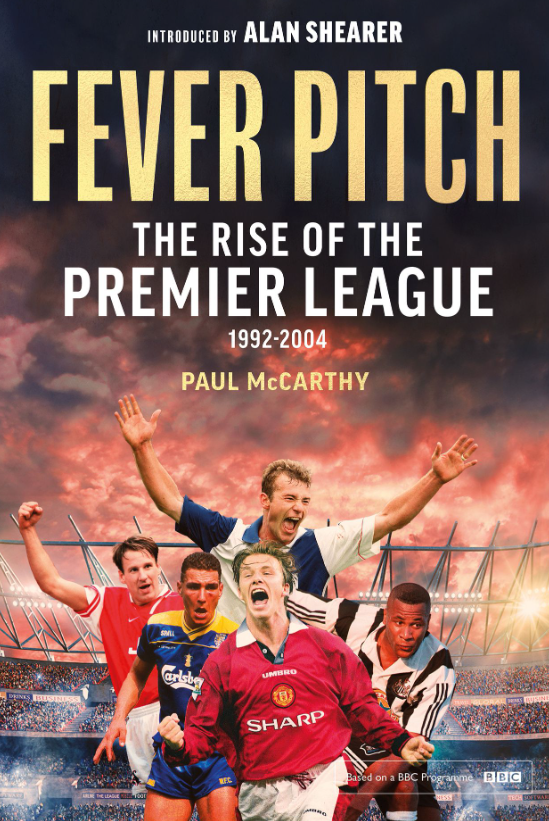 Cork Hurling: Game of My Life

(by Denis Hurley), and Cork City: Game of My Life (by John O’Shea, both published by Hero Books)

Utilising publisher Hero Books’ successful Game of My Life genre, Echo columnist Denis Hurley has penned a marvellous account of the game that meant the most to 25 Cork hurling legends. From the 1969 right up to 2019, Hurley’s book includes some of the biggest names in Cork GAA circles such as Jimmy Barry-Murphy, John Fenton, Tom Cashman, Tomás Mulcahy and Ben O’Connor. John O’Shea’s book on Cork City FC is equally compelling. There are fascinating insights from the League of Ireland club’s most well-known players such as Dave Barry, John Caulfield, Colin Healy, Seán Maguire and Kevin Doyle. 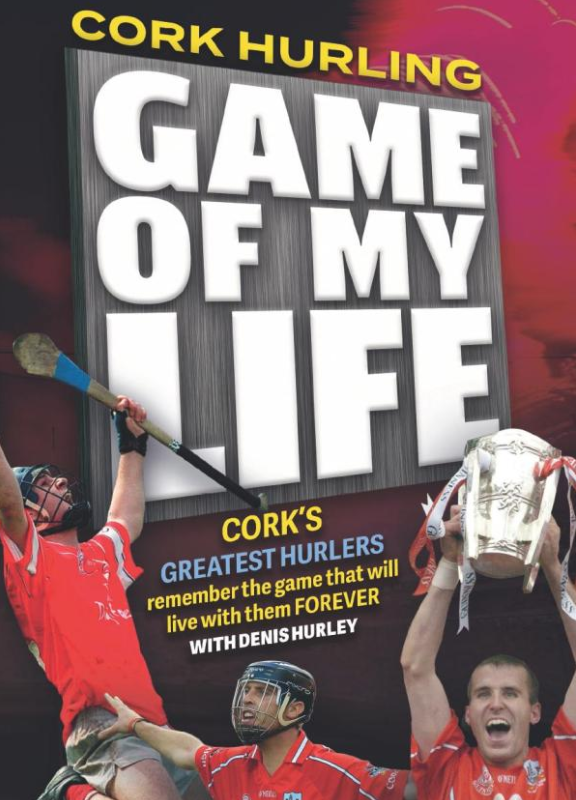 Red On Red – Liverpool, Manchester United and the fiercest rivalry in world football

(by Phil McNulty and Jim White and published by Harper Collins)

You don’t have to be a fan of either Liverpool or Manchester United to appreciate this entertaining book. Phil McNulty and Jim White know each club intimately and use ten matches between two of British football’s greatest rivals to explain a history of intertwined animosity and hatred. Starting in the 1970s and finishing as recently as the 2021 Premier League campaign, contributions from both clubs’ former players and managers elevate this book above others in the football genre. 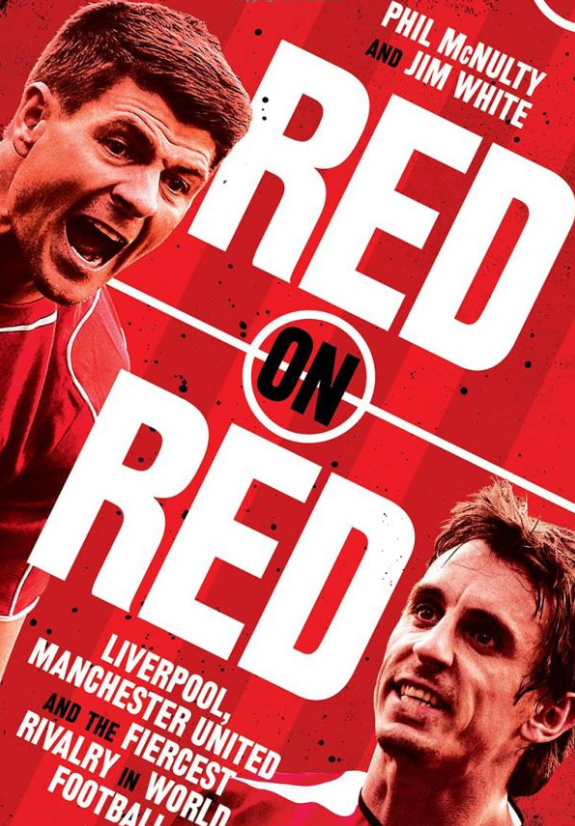 The Jersey. The All Blacks: The Secrets Behind the World’s Most Successful Team

(by Peter Bills and published by MacMillan)

This is one of the most talked about and brilliantly written rugby books for many years. Peter Bills spoke to a host of All Blacks luminaries including Richie McCaw, Jerome Kaino, Reuben Thorne and Kieran Read, as well as former internationals John Eales, Nick Farr-Jones, Victor Matfield and Willie John McBride to produce a ground-breaking book about what makes New Zealand rugby the benchmark for others to follow. Players, coaches and supporters of all sports, not just rugby, will gain something positive from reading Bills’ superb account of how a country of 4.8 million people has conquered the sport of rugby. 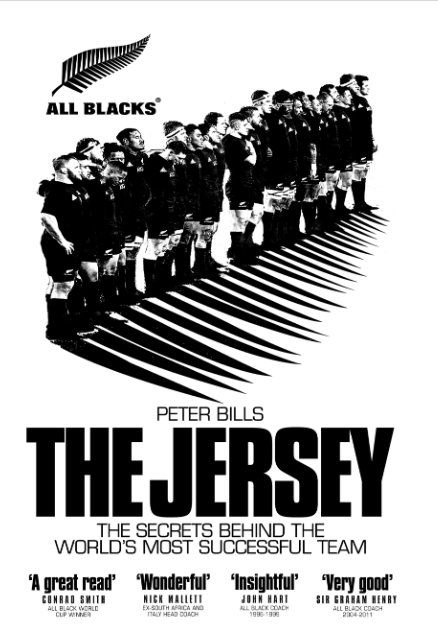