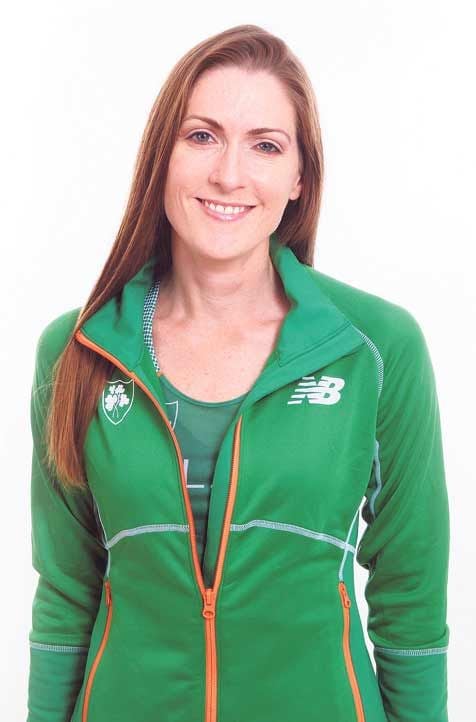 RUTHANN Sheahan is going to run in the most famous footsteps of them all later this year.

It’s ranked amongst the world’s toughest ultra-marathons – 245km (six consecutive marathons) that must be run within 36 hours. A gruelling course dotted with 75 checkpoints, each with a cut-off time. Miss the cut-off, you’re out of the race.

Welcome to the Spartathlon in Greece.

‘It’s the big one for runners and it’s, historically, the romantic one,’ Leap’s own ultra-marathon running heroine Ruthann explained.

‘It’s a very interesting event. It runs from Athens to Sparta, and it follows in the footsteps of Pheidippides. It is the origin of the development of the marathon itself.

‘Pheidippides was the messenger who took the news of the Battle of Marathon to Sparta. He is more famously linked to the 26.2 miles associated with marathon running because part of his journey took him from Athens to Marathon. But if you look into the history of it he covered a much greater distance than the 26 miles. He ran from Athens to Sparta – that might explain why he ended up collapsing and dying after his exertions.

‘This race will be tough. It’s almost 250km and you have 36 hours to complete it. It might seem doable on paper but you have to cross mountains and lots of hard terrain.’

Needless to say, it’s very challenging. Then again, Ruthann has never been one to turn down a challenge, not since she returned to running in late 2008 before taking up ultra-running two years later, all this after 18 years outside the sport.

In 2012 she was crowned Celtic Ross West Cork Sports Star of the Year following her incredible exploits at the World and European 24-hour championships where she finished fifth in Europe and seventh in the world, and also smashed the Irish women’s 24-hour record by nearly 23km. She ran 229.3km in 24 hours.

An ambassador for next month’s Cork City Marathon where she will be one of the pacers, Ruthann has competed in, quite literally, the world’s toughest races. There was the Marathon des Sables (251km) in the Sahara Desert three years ago, the six-day Cambodia Ancient Khmer path (230km) and last October she was the third woman home in the Atacama Desert crossing (250km). Quite an impressive ultra-running CV, you’ll agree.

Ultra-marathon running is not the faint-hearted or the weak-minded, or the weak-stomached either. It’s intense. It hurts.

In Camodia she suffered food poisoning.

She got very sick during the Atacama Crossing. That damn stomach slosh.

Ruthann had to quit the World and European 24-hour championships last month because of hypoxia.

So, quick question, Ruthann, why put yourself through such extremes?

‘Ultra-running is a great vehicle to go and explore the extraordinary,’ she smiled.

‘It gives you a confidence to go and see the world, especially on your own. I know that if I am going to the North Pole or the Gobi Desert, or somewhere I haven’t travelled before, that I am going to be amongst people who share the same interest as me and who have a similar mindset.

‘Often they are good-hearted people and you get a positive view of the world when you take time out like that. You always learn from other people because you meet a lot of inspiring people.

‘It spurs me on to think that there is more out there – particularly if you go to somewhere like Cambodia and you spend time with people who are less fortunate than yourself. You see how they appreciate their own circumstances and it puts life very much into perspective.’

She added: ‘I also find it’s very good for my own mental health. It’s great to have a plan that keeps you motivated.’

The Atacama Crossing was Ruthann’s latest big one, last October. It’s the driest place on earth, an inhabitable terrain that would conquer most, but there’s an exception to every rule – step forward Leap’s finest athletics export.

‘After hearing that the 2014 world championships were cancelled I needed something to focus on. I didn’t have very much training done for the Atacama Crossing, only about six weeks,’ she said.

‘It was one of the toughest events I’ve taking part in. I found the Marathon des Sables very tough back in 2012, but this definitely rivalled it.

‘Naturally, the temperature was very high, late 30s, early 40s. It got pretty cold at night. The altitude was higher than what I was used to but that’s part of the challenge. It was up to 10,000 feet above sea level at the start and then it came down to around 7,000 when you got near the end of it.

‘The main problem I had, similar to the desert run, was my stomach. In extreme events that you are not used to, essentially what happens is that your stomach slows down, you stop absorbing water and stop digesting food, and you start vomiting. Your stomach stops working. In layman’s terms, stomach slosh.’

But – and this is what she means when exploring the extraordinary – the backdrop to one of man’s toughest physical tests is, almost, from another world.

‘NASA do a lot of their lunar equipment testing in the Atacama. The Mars Rover would have been tested there because the conditions are similar to Mars. The landscape definitely looks like it,’ she recalled.

‘On one of the longer days when we had 78km, we finished close to the Valley of the Moons. The sun was just setting. The cliff faces were lit up a bright, fiery orangey-red. It was unbelievable. It definitely looked like another world.’

What she also loves is life’s pleasures, and she counts herself among the lucky ones. Last Friday night she hit the bright lights of Galway City to celebrate her 40th birthday, after waving goodbye to her 30-somethings on April 29th.

Out on the town with family and friends, it was dinner and cocktails for the Boston Scientific quality engineer. Bliss.

The previous Wednesday Ruthann started back training following the World and European 24-hour championships that were in Turin the previous month.

Taking it slow, she went spinning. She’ll combine it with cross fit and weight training as she starts to build the miles in her legs again in the run-up to the Spartathlon at the end of September.

Once the scaffolding for training, as she calls it, is in place, it will be all systems go. Marathons will be used as training runs, including the Cork City Marathon on June 1st. There’s also the 24-hour national championships in July.

Physically, Ruthann will be in top shape for the Spartathlon. Mentally, she needs to be in the right place too for her Greek odyssey – an event that means even more because her husband, George Livanos, is Greek.

But she admits that she’s suffering a hangover from last month’s World and European 24-hour championships in Turin. She finished 11th in the world and seventh in Europe, but had to, agonisingly, concede defeat 45 minutes from the end.

‘The mind will take a long time to recover as I’m very disappointed with the way it ended. But that’s sport. It doesn’t always go your way,’ she sighed.

‘I succumbed to exhaustion that was driven by hypoxia. It’s not unusual during extreme or ultra events to suffer a little bit from hypoxia. Over time your blood and oxygen levels do drop, your blood pressure drops, and I was pretty dehydrated.

‘Looking at my medical results after, my O2 levels dropped by five per cent, so 45 minutes before the end I had to stop. I had only three laps to go and I was on course for a European bronze medal.

‘It’s character building. I’ll learn from it, dust myself down and move on.’

Moving on will bring this West Cork woman to Greece in late September, to the Spartathlon, and her latest adventure. She can’t wait.

Looking further ahead there’s the 2017 24-hour World and European championships to aim for. Unfinished business, after her Turin troubles.

A lot of steps taken, Ruthann has a lot more to go.