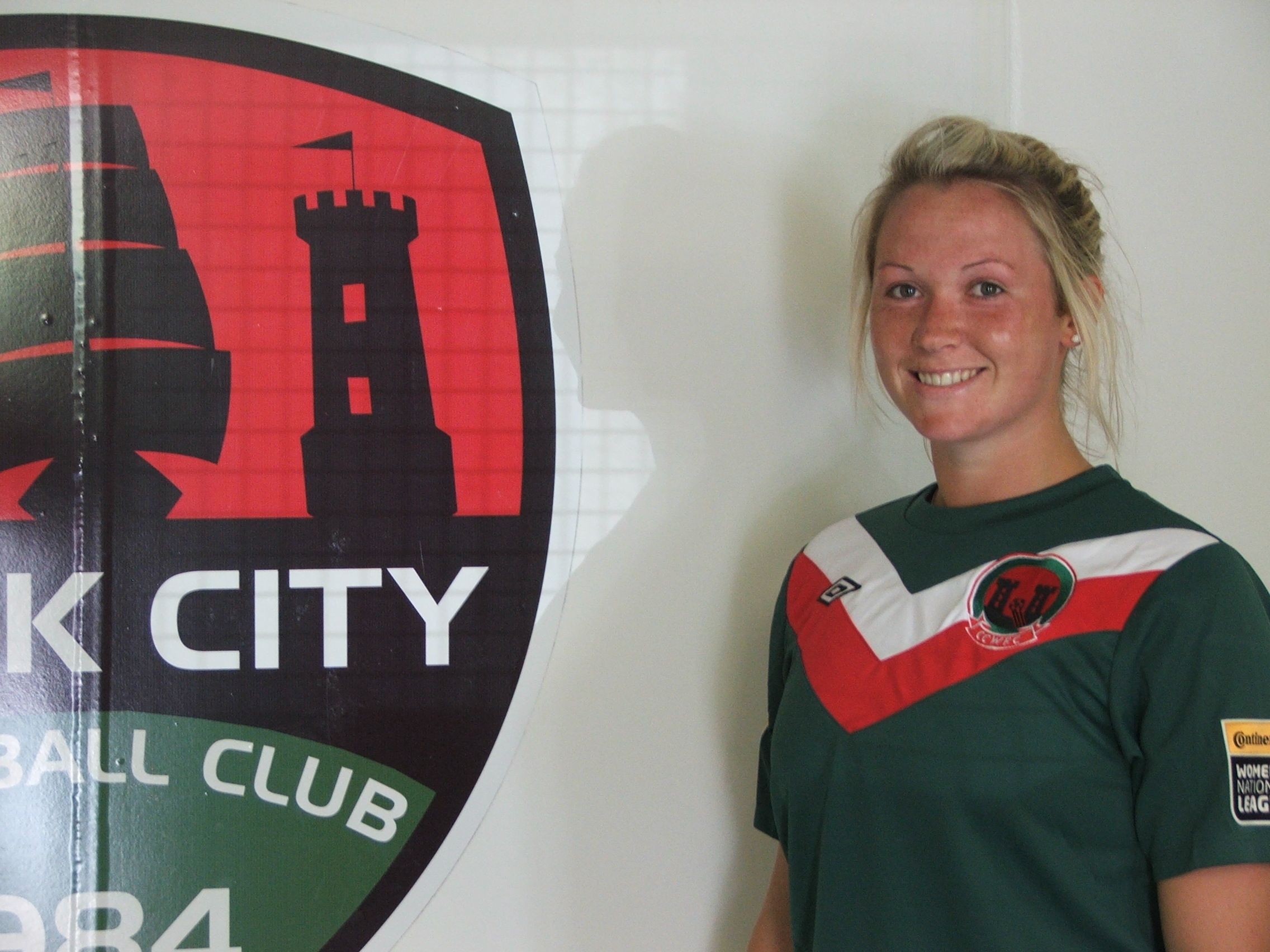 STACEY Paul has re-signed with Cork City Women’s FC ahead of the new season.

Former Douglas Hall midfielder Stacey joined the Leesiders in 2014 originally and made a big impression in the handful of games she played for the club – scoring once and putting in two dominate midfield performances in draws against Galway WFC and Peamount United – but work commitments got in the way for last season and Stacey signed back with Douglas Hall.

However, the Douglas girl is proud to re-sign for the club for the upcoming season.

‘There is a huge buzz around Cork about Cork City especially with the success John Caulfield has had and also with Niall (O’Regan) coming into the women’s set-up, so I was delighted to re-sign for the club for the upcoming season,’ she said.

‘I can’t wait for the season ahead. It’s so exciting to be back at the National League level. The last couple of years, Cork City have being trying to build and I think, this year everyone is pumped and excited for it and I think if all the girls come out, that are eligible to play, and give it everything to put Cork back on the map and get everyone behind us again – we will go on to have a brilliant season.

Cork City WFC will hold another open training session this Saturday in Bishopstown Stadium at 10am – all players who are eligible and interested in playing at a Women’s National League level are welcome to attend. For further details contact Niall O’Regan on 086-152 7774.