The White brothers, Mark and Sean, pictured at their grandparents' garage in Sunday's Well that has been converted into a homemade gym.

HE discovered last Tuesday that inter-county training starts on April 19th and Sean White will want to hit the ground running after keeping himself ticking over during the latest lockdown.

Sean and his younger brother Mark – both on the Cork senior football panel – decided to take matters into their own hands ahead of the current lockdown.

The Whites transformed the garage of their grandparents, Denis and Siobhan, in Sunday’s Well into a homemade gym. That, along with additional running areas inside their five-kilometre radius, should have the Clonakilty dual players in top shape when the 2021 inter-county campaign begins.

‘I’m fortunate to be living close to Ballincollig rugby pitch at the moment,’ White says.

‘There are plenty areas available within my five-kilometre range to go for a run including the Ballincollig Regional Park as well a rugby pitch. Running is all anyone seems to be doing right now. I have the added benefit of being able to go out for additional sprints in the pitch alongside my usual five-kilometre or ten-kilometre runs.

‘My brother Mark and I invested in some gym equipment before the previous lockdown. Our grandparents allowed us to transform a garage they weren’t using out the back of their house. That’s been a huge bonus for us and helped Mark and I keep on top of our strength and conditioning work during Covid.

‘Thankfully, there were no fights between us when it came to using the gym – we timed it so we wouldn’t be there at the same time! Mark is stubborn out so I had to let him go in on a couple of occasions even though I wanted to go myself!’

Their younger brother, Brian, made headlines of his own recently. Brian White and Ballinascarthy GAA’s Dean Harte embarked on a gruelling 4x4x48 challenge in aid of Youth Suicide Prevention Ireland (YSPI). The two friends ran four miles every four hours for 48 hours and raised an astonishing €7,925.

‘What Brian and Dean did was incredible,’ Sean says. ‘It’s a massive achievement for them. A huge amount of people got in touch to run one of the four-mile legs with them. That just shows the amount of goodwill that was out there for what they were doing. It was nice moment for our family to see Brian and Dean complete the challenge and raise so much money on behalf of a very worthy cause.’

Off the field, White is as busy as ever working as an accountant with KPMG. On the field, the Clonakilty dual star had patiently awaited news of when Cork will be able to begin their inter-county season. The news on Tuesday is that inter-county training will return on April 19th with action to throw-in in May. Whatever frustrations the Cork players have experienced, they are mirrored by the panel’s management and coaches.

‘It is very hard for our strength and conditioning coaches because, every other year, they would have been able to map out specific programmes for us a couple of months out from whenever the national league started,’ White explains.

‘Obviously, with Covid-19, no-one knows for sure when (inter-county) football will start. That makes things as frustrating for our coaches as it is for the Cork players right now. We have had so many start dates pushed back at this stage.

‘For now, we get sent our individual programmes each week and work on those. It must be the same situation for all the club and inter-county players in Cork right now. Frustrating, yes, but all you can do is work on your programme to the best of your ability.’

The decision to restart with the inter-county championship followed by the club season is a good idea, White feels. Even though inter-county is due back first, the recent lockdown has also given White time to recover from recurrent injuries that restricted his 2020 appearances.

‘I understand both points of view but there are more benefits to starting with inter-county first,’ the Clonakilty player says.

‘It is easier to control the Covid-19 protocols around individual inter-county squads compared to clubs returning with lots of different teams and age-groups just now. At the end of the day, I’m the same as any GAA player. I am just looking forward to getting back to playing as soon as possible.

‘I actually got through most of last year’s club championship without any injury while playing for Clonakilty in the Cork SFC. Then the Thursday night before our last group game against the Barr’s, I twinged my hamstring. I did the same in a junior hurling match against Dunmanway shortly after. That meant I was kind of backpedalling from then on.

‘Considering last season was so condensed, my injuries didn’t help when it came to featuring for Cork. Thankfully, I’ve had a chance to work on those injuries during the lockdowns and since we last played a competitive match in November. I’m hoping to get through this year without any major injury issues.’ 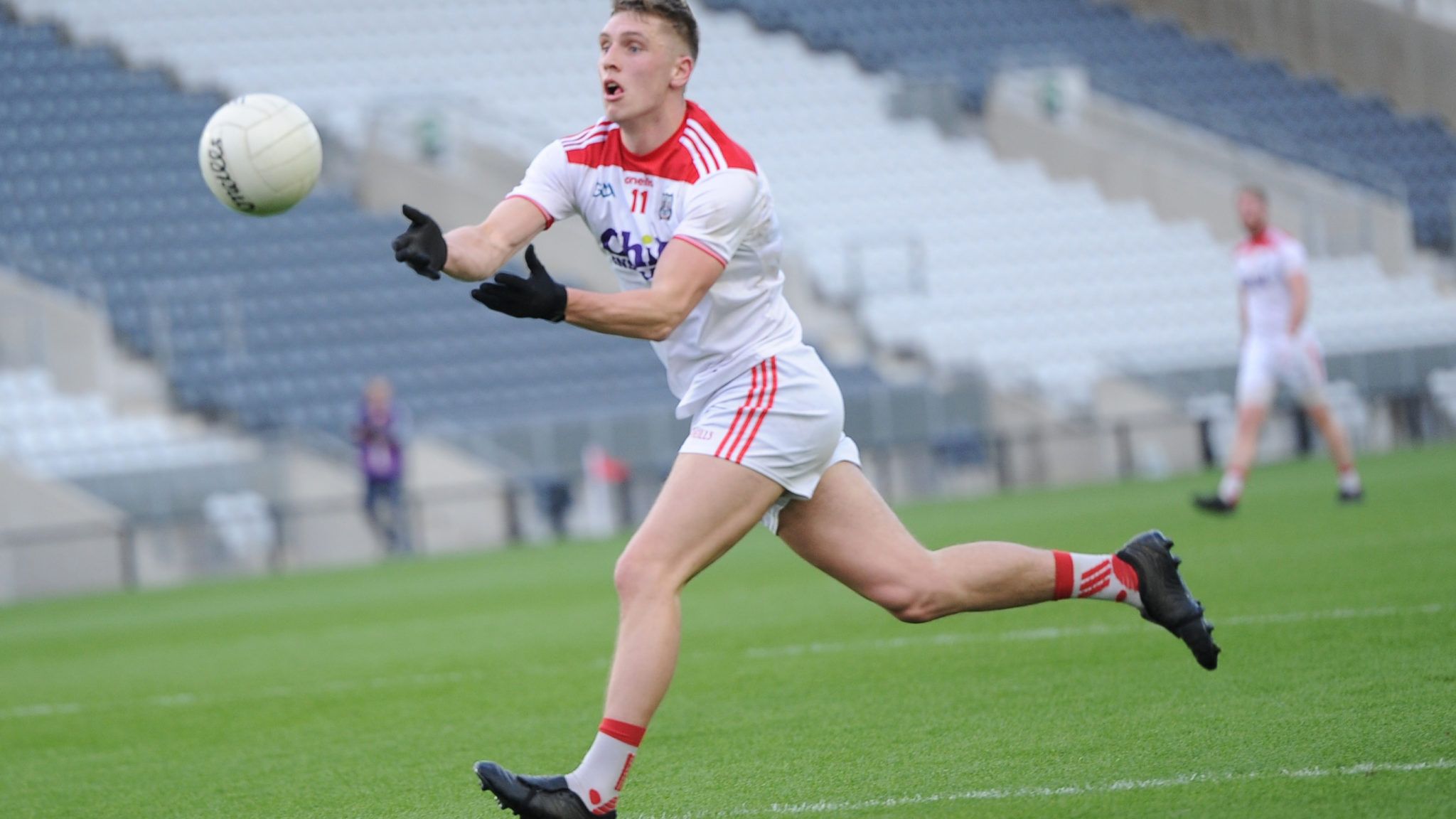 Sean White in action for the Cork footballers last season.

It’s not an understatement to say White and the Cork footballers endured a rollercoaster 2020. There were the highs of a last-second winner over Kerry to the disappointment of losing a Munster final at home to Tipperary.

‘We really did go through a lot of emotions in a short space of time last year,’ White says.

‘It was a real lift when we beat Kerry in Páirc Uí Chaoimh. I hadn’t beaten Kerry at senior level until that moment. But then to leave ourselves down against Tipperary was a real disappointment. We just didn’t perform on the day. We didn’t play as well as we should have.

‘There were still positives to take away from last year when you look at all the young lads that were blooded including Maurice Shanley (Clonakilty). Hopefully, the championship experience gained by all the younger players will stand to Cork heading into this year’s championship.’