Both Bandon and Muintir Bháire lost their respective U16 county finals the previous day, but Sunday belonged to O’Donovan Rossa who deservedly brought county silverware back to Skibbereen.

Rossas were losing 3-4 to 1-4 at the interval before falling 11 points behind during a difficult third quarter. Ballinora were rampant and looked set for victory at that juncture. Derek Tobin’s young side had other ideas.

The aforementioned Éabha O’Donovan was in mesmeric form and scored all 11 of her team’s points. Full-forward Holly Brickley completed the county champions’ total with a brace of well-taken goals.

O’Donovan was Skibbereen’s standout performer but it took an entire team effort to overcome an equally talented Ballinora. In that regard, Allie Tobin, Emily O’Donovan, Shauna Hourihan, Aoife O’Driscoll, Lauren McCarthy and Orla McCarthy stood out for a delighted O’Donovan Rossa team and their supporters.

Amid difficult weather conditions, two West Cork clubs, Bandon and Muintir Bháire, came up short in their attempts to bring silverware back to the division.

Bandon took on Nemo Rangers in last Saturday’s U16 A2 grade county final. There were only a few points between the sides throughout an engaging encounter. Bandon created plenty of chances during the opening 30 minutes and would have raised green flags but for twice striking the crossbar. Nemo proved more clinical in front of goal during that time period and deservedly led 2-1 to 0-3 at the interval. 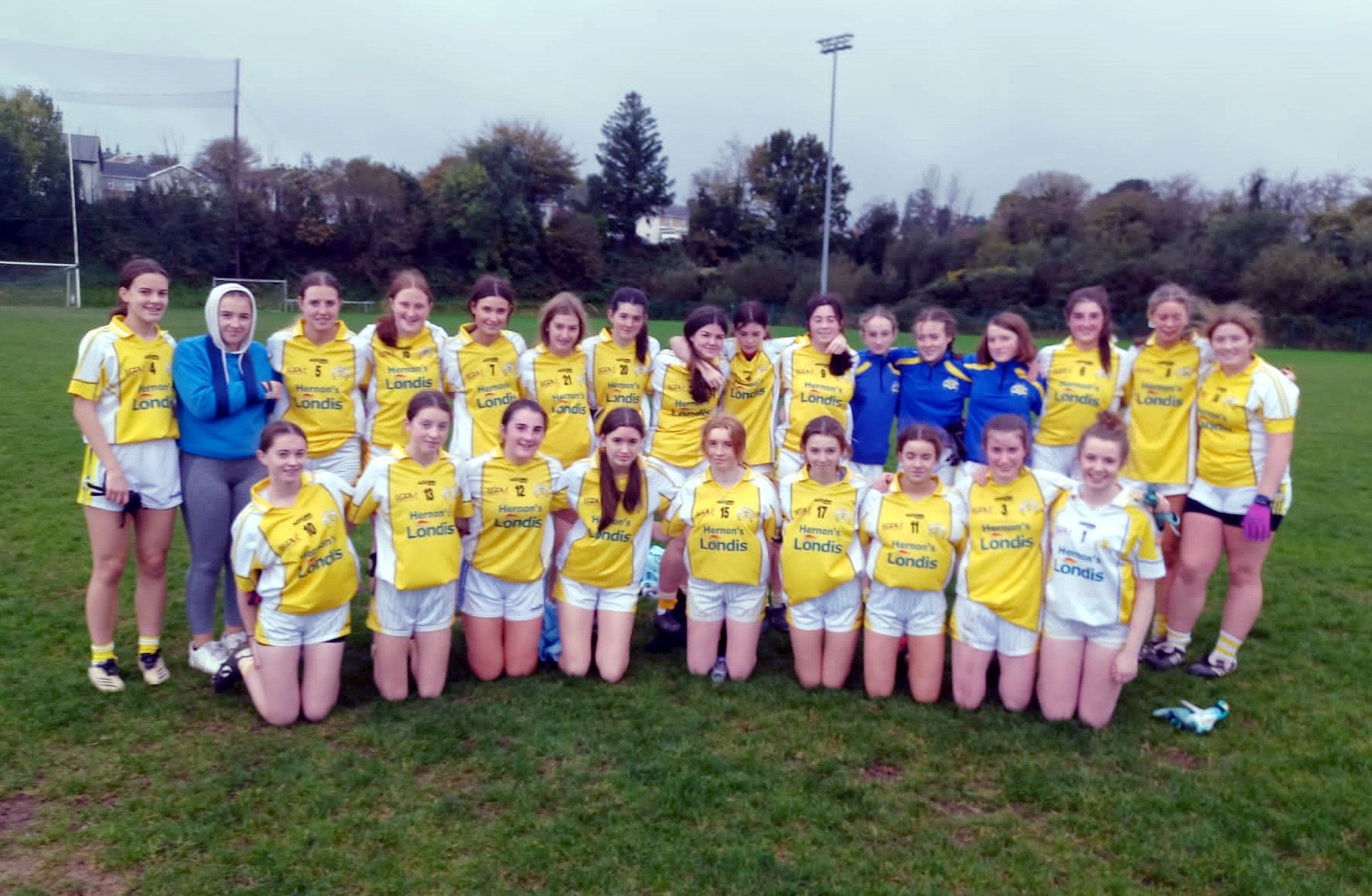 The Bandon team that lost the Cork LGFA U16 A1 county decider to Nemo Rangers on Bishopstown’s 4G pitch.

Bandon introduced Niamh Cotter at half time. The versatile player was unavailable throughout the campaign due to her Cork City Women FC playing commitments. Cotter made her mark by being brought down for a penalty which she immediately converted.

That spot-kick was the first of three penalties Niamh Cotter would convert during a terrific second period.

The outcome of a keenly contested decider hung in the balance heading into the closing quarter. Rangers, despite having a player in the sin-bin, scored two goals in quick succession to stretch their advantage to five before Cotter’s third penalty reduced the deficit back to two.

Nemo pushed hard in the final minutes however, netting two goals, including the county final’s fourth penalty, to win 6-2 to 3-6.

Bandon gave their all on a day Kate O’Leary, Leah Crean and Kate O’Halloran impressed. Niamh Cotter (3-0), Maggie France (0-3), Anna Crowley (0-2) and Sarah Burrows (0-1) got on the lilywhites’ scoresheet.

Also, Muintir Bháire and Ballycastle met in the U16 D3 Cork LGFA county final at the same Bishopstown 4G venue.

The West Cork club were not overawed by the big occasion. Despite losing 3-3 to 0-4 amid awful conditions, a young Muintir Bháire team did their region and club proud with a gutsy display. The majority of this Muintir Bháire team will be U16 again next year and have every chance of getting back to another county final if their weekend performance is anything to go by. Chloe Hegarty (0-3) and Aoibhe O’Mahony (0-1) were on target for Muintir Bháire, whose coach Frankie Arundel could not have been prouder of his young side’s efforts. 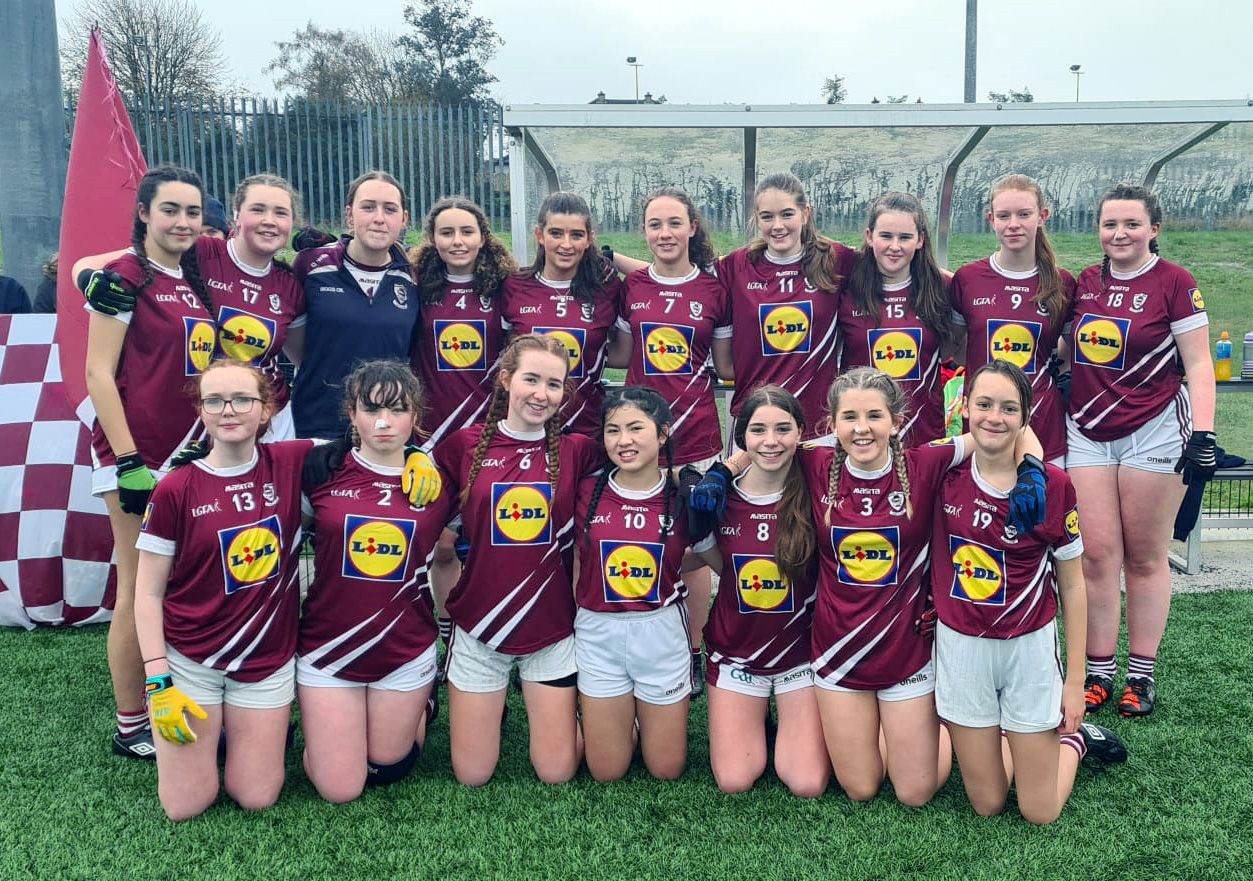 The Muintir Bháire team that lost the Cork LGFA U16 D3 county final to Ballycastle.

‘Conditions were very hard and it felt like we faced the wind in both halves!’ Arundel commented. ‘We hadn’t played on a 4G pitch until the county final but the girls, even though they found it tough at the start, got better as the game went on.

‘Ballycastle got three goals in the first half, the first one a free that went in under the crossbar. Another one was from a penalty. It was those goals that won it for Ballycastle because it was a really close game. Goals win those types of games, especially in those conditions.

‘We couldn’t be prouder of the girls because they gave absolutely everything and we only had sixteen players togged out.’