THEY were deserving and decisive winners in the end, but Randal Óg’s hopes of lifting the county junior B football crown didn’t look bright early in the second half of the clash with Goleen at Páirc Uí Rinn last Saturday. While they trailed by just the bare minimum, they had held a five-point lead at one stage, and Goleen were playing well enough to suggest they’d go on to win this final after a converted penalty by Darren O’Donovan pushed them by 1-5 to 1-4 ahead inside 35 minutes.

Randal Óg manager David Aherne admitted he was very worried at that juncture, although he was satisfied at the same time his charges had it in them to respond positively when the pressure came on.

‘Goleen really had a purple patch after half time, but we expected that would happen over the course of the game because they’re a good team,’ O’Donovan acknowledged.

‘I’d say if that happened to us a year ago, we’d have been beaten, but we’ve brought in a few new lads this season and they’ve made a huge difference. They’ve added a bit of mental toughness to our arsenal, but all the players are a credit to the club’, stressed the Randal Óg boss, who picked out the O’Sullivan brothers – Padraig, Aidan and Daniel – for special mention.

‘Their grandmother died last night so we’re delighted to get the job done for those lads and their families,’ he revealed.

‘It’s the club’s first time winning a county title in football. It’s massive for the players, who have put so much into this campaign and who absolutely deserve the success they’ve achieved today,’ Aherne added.

Randal Óg couldn’t have hoped for a better start, with corner-forward Barry O’Driscoll rattling the net in the second minute before adding a point from a free three minutes later. Following an exchange of points between Padraig O’Sullivan and Goleen’s Shane O’Leary, Randal Óg midfielder Padraig Collins completed a patient build-up involving six or seven players to make it 1-3 to 0-1 with ten minutes gone.

All of which suggested Randal Óg held most of the aces, with Shane Patterson manning the pivotal position with assurance in a dominant defence, Peter Collins making his presence felt at midfield, and the hard-working Seadna Crowley showing up well in an attack that promised a lot.

The trend of the play took a firm swing in Goleen’s favour in the second quarter, however, not least because of the contribution from midfielder Matthew Sheehan, who emerged as the most impressive performer on view in the first half. He kick-started Goleen’s recovery with an inspirational point in the 20th minute, and after Darren O’Donovan converted a 45, Patrick Scully fired over another score with a goal-chance resulting from good work by Matthew Sheehan, Shane O’Leary and Daniel O’Driscoll.

Randal Óg’s Peter Collins and Darren O’Donovan – who, along with Shane O’Leary, moved menacingly for the losers in the corner-forward berths – traded late scores from placed balls, allowing  the Ballinacarriga men to turn over leading, a tad flatteringly perhaps, by 1-4 to 0-5.

In the circumstances, it was easy to appreciate why they had good cause to fear the worst after Goleen hit the front for the first time, courtesy of a clinical penalty conversion by Darren O’Donovan in the 34th minute. That resulted from a foul on Daniel O’Driscoll, who had been fed by Shane O’Leary, and it appeared to be just the boost Goleen required to keep the momentum going in the third quarter. After a good effort for a point by Sean Daly, a constant threat at corner-forward, struck the crossbar shortly afterwards, Randal Óg might have begun to believe it wasn’t destined to be their day, but they made a major breakthrough which transformed the game in the 40th minute. Taking a return pass from Conor O’Neill, Padraig O’Sullivan parted to Sean Daly who was deemed to be fouled in the square, and Peter Collins made no mistake from the resultant penalty. 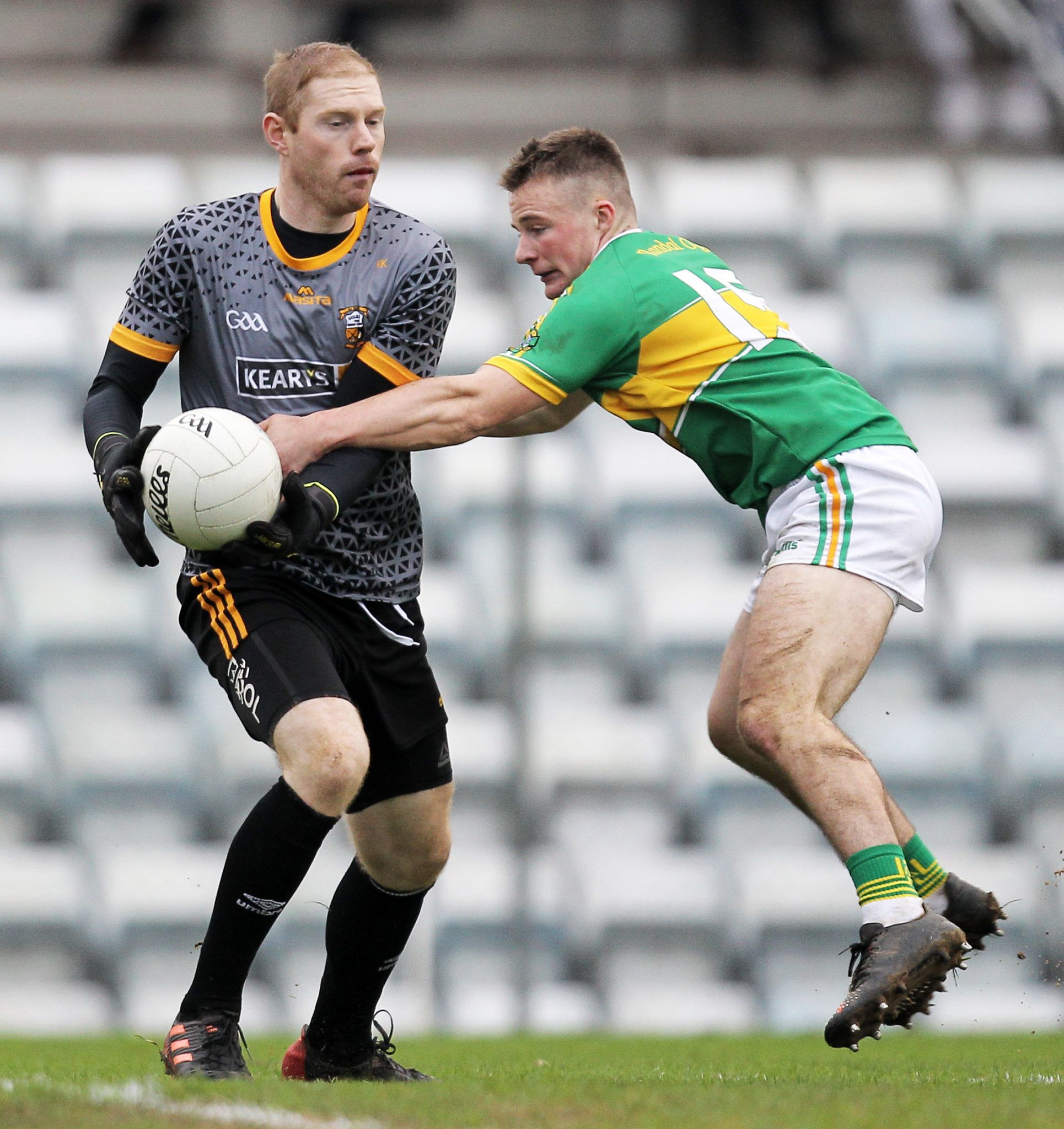 That it marked the turning point is beyond dispute, prompting Randal Óg to stamp their authority on the proceedings to such an extent that Goleen added just one point to their tally, through Darren O’Donovan from a free in the 59th minute, before the finish.

In the interim, the winners had stretched the gap through scores from free-taker Peter Collins (2) and Padraig O’Sullivan (3) to go 2-9 to 1-5 up, and they were clearly the superior side in the last 20 minutes.

As Goleen’s Matthew Sheehan faded from the picture, Peter Collins and Donncha Collins took control at midfield, Padraig O’Sullivan, Kevin Dullea and Sean Daly were regularly seen to good effect up front, while Shane Patterson and Seamus Crowley were mainstays in a defence that came up with all the answers.  A sublime point from Sean Daly in stoppage time put the finishing touch to Randal Óg’s historic triumph.