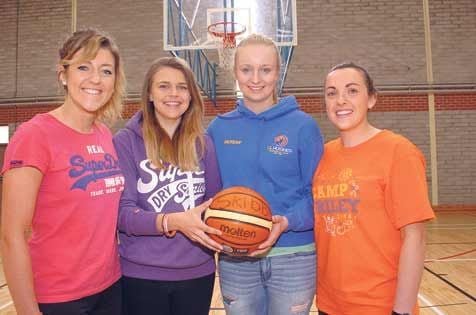 Nollaig Cleary is more commonly known as a Cork ladies’ football great but the Castlehaven woman was also a highly-talented basketballer, having won Superleague titles with Glanmire.

Her basketball background, and the skills it taught her, helped make her the All-Star footballer that she became.

‘I didn’t play a whole lot of football until I went to college but I had played a lot of basketball, and I found that when I turned to football that the skills I learned in basketball really helped me and gave me an edge,’ Cleary told The Southern Star.

‘The quick handling, quick feet, quick passing, quick thinking all helped, and I would encourage anyone playing GAA to try basketball too because it’s a sport that can develop your GAA game, and vice versa.

‘You can take skills from one sport to the other. Basketball can help you build skills that will improve you as a footballer.’

Cleary is a member of a unique club who have played both GAA and basketball at a high level, that includes the likes of Kieran Donaghy, Lindsay Peat, Michael Darragh Macauley, and Cleary’s adamant that playing basketball has huge benefits for the GAA.

‘In basketball you’re an attacker one moment and a defender the next and you’re up and down that court, and that’s the way that football has gone now as well – you need to be versatile to be in the forwards one minute, but drop into the backs the next minute,’ Cleary said.

‘Another advantage that basketball can help you with in football is passing in tight spaces. In basketball space is limited so your passing needs to be good, fast and accurate.

‘You also have to be quick thinking when you play basketball because you’re dealing in split seconds where you need to think fast.

‘Look at Kieran Donaghy or Juliet Murphy, it’s so evident that their speed of thought is so quick on the football field and that’s developed from basketball. It’s quick hands, quick foot work that you learn playing basketball and that you can bring into football.’

Later this month, from Tuesday, August 18th to the 21st, the Shooting Stars Basketball Camp will be held at Skibbereen Sports Centre, from 9.30am to 2pm daily. The camp is designed for boys and girls between eight years old and 15, and is open to everyone.

It’s the brainchild of four local West Cork basketballers who want to give something back to the sport that they love.

‘We’re doing this camp to give back to the club and those involved who put so much work into us growing up. For us basketball was the foundation of our friendship that has survived since we finished school,’ Mairead O’Driscoll said.

Coombes, a student in Mary I, currently plays with the UL Huskies in the Premier League, and is also the UL college captain. She started playing basketball when she was eight years old and is a former member of Skibbereen Eagles Club.

Also, Alice O’Driscoll captained the Mary I basketball team that won the league this year, while Mairead O’Driscoll has represented Cork and Ireland underage, was a Fresher and varsity winner with UCD in 2013, and was UCD ladies’ club member and 2015 college team captain.

The cost of the Shooting Stars Basketball Camp is as follows: €45, members; €50, non-members paid before August 7th; €35 for second child; €55 after August 7th. Tee-shirt included in the price.

Application forms are available in the Sports Centre and Hourihane Sports.