Wolfe Tone Park in Bantry is rated as one of the best pitches in West Cork. (Photo: Tony McElhinney)

AS underage GAA players right across West Cork returned to training last week, they got the chance to play on pitches that have never looked better.

A silver lining, if you want to call it that, from the lack of GAA activity this year is that pitches received a welcome break from the wear and tear of training sessions and games.

The pitches, like the GAA community, are ready for action again, but even though there was no action until this week, local GAA clubs have still been busy making sure their pitches are as good as they can be. There is a huge amount of time, effort and cost involved in keeping playing surfaces in top condition.

‘Our club has spent a huge amount of money on maintaining the surface of our main pitch over the last couple of years,’ Bantry Blues’ Philly Spillane says.

‘Work on the main pitch itself, there are basic maintenance and general improvements that every GAA club has to carry out each year. That costs a lot of money.

‘The first things are sanding and spiking. That’s huge. If you can manage to do that every year then your pitch will keep well and put up with the wear and tear. The other important piece of work on any pitch is fertilisation. You can buy fertiliser at different prices but Bantry GAA always goes for the top stuff. You also have to spray your pitches for weeds and, again, that needs to be done at the right time. The most important thing when looking after pitches is cutting the grass.

‘To give you an idea of the work involved, last August, we cut our main pitch on 14 different occasions. That’s because of growth and we just keep cutting it to keep it in top condition.’

Wolfe Tone Park in Bantry has undergone a major upgrade in recent years. As well as enhancing an already superb main playing pitch, Bantry Blues GAA has invested in a new astro surface. Work has also begun on a second, additional field that will primarily be used for training purposes during the winter months.

‘We have a second field which we are presently extending and working on,’ Spillane explains.

‘There is a new astro pitch already in place and then, of course, our main pitch which requires a lot of upkeep. The club has a maintenance committee which acts on and carry out any pitch developments and maintenance.

‘I am just one member of a group of people that look after Bantry GAA’s pitches. We get in touch with the relevant parties whenever something needs to be done and make sure that the work is carried out. There are two or three people who cut the grass for us. They are very reliable and the reason our pitch is always in such great shape. 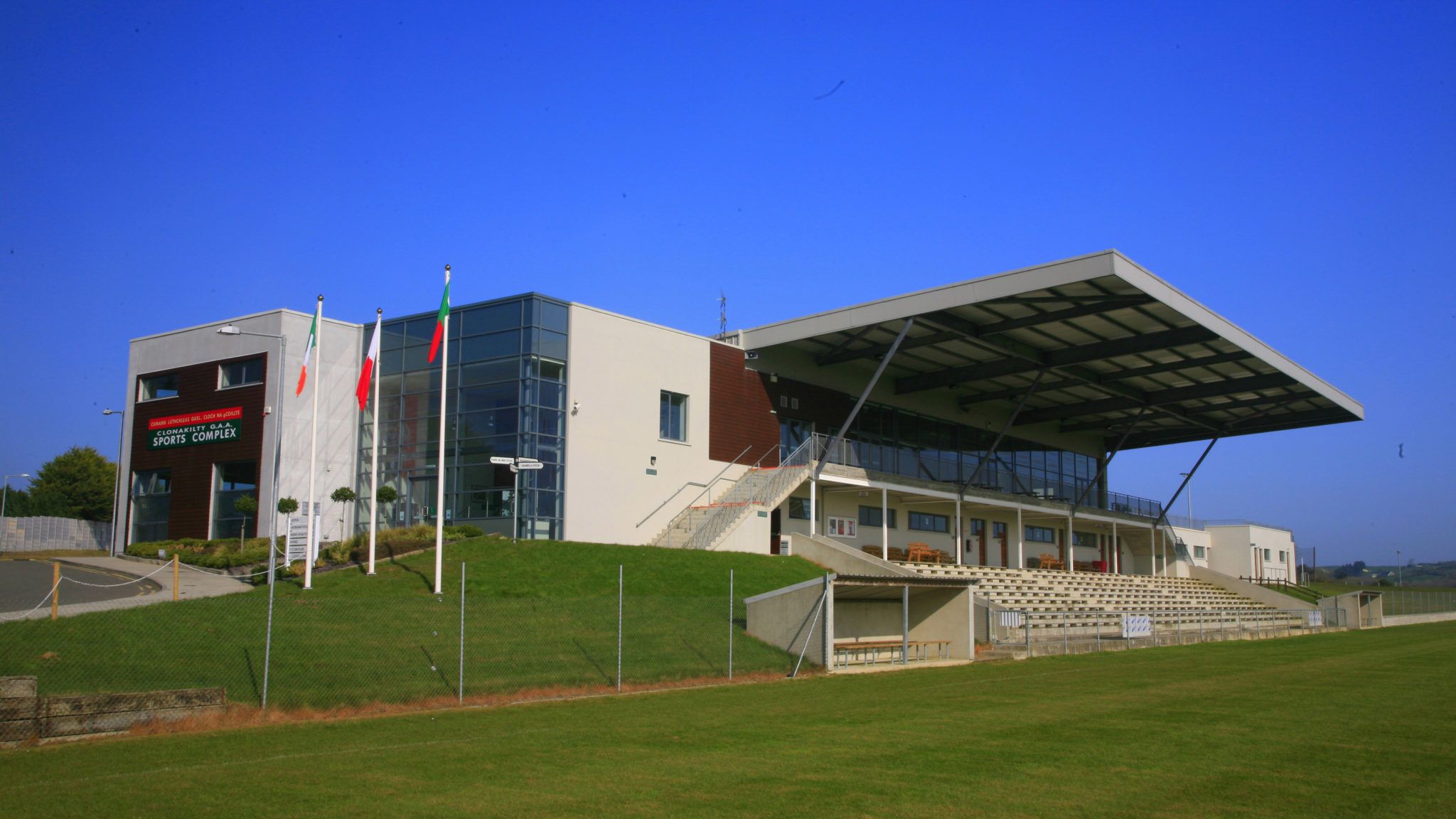 Clonakilty GAA's Ahamilla Complex is one of the busiest GAA grounds in the county.

Clonakilty GAA Club’s Ahamilla Complex is one of the largest and busiest GAA grounds in the county, let alone West Cork. John Collins is head groundsman with responsibility for six pitches at the West Cork club’s complex.

‘It was a blessing to have the pitches freed up during Spring,’ Collins admits.

‘The GAA season starts too early anyway, in my opinion, and that results in teams having to train from January onwards. That means pitches are in use for most of the year.

‘My biggest worry coming out of the lockdowns is that all the GAA adult and underage championships will run late this year. That means pitches will be needed towards the end of the year, around the time the weather is usually bad, and that will affect the state of the surfaces.

‘Even though we have had a good break, I can see problems with pitches heading into the winter if the (adult) club championships start late. Normally what happens in West Cork is that clubs with single pitches close up heading towards the end of the year and then a lot of additional matches plus school games end up being moved here (to Ahamilla).’

Similar to Bantry Blues, Collins was working hard on Clonakilty’s Ahamilla playing surfaces ahead of underage training’s return this week.

‘We recently sanded and fertilised our pitches ahead of all the children coming back,’ Collins says.

‘Sand puts a ‘skin’ on the top of the surface for a while. The sand is basically a draining mechanism because it is so porous. Every GAA club would be sanding as often as possible if they could afford it.

‘In terms of grass growth, our pitches are doing well but that’s because they haven’t suffered any damage due to the Covid-19 restrictions preventing people from using them. The fine weather is all well and good but not conducive to grass growth. We needn’t worry about that though as there will be plenty of rain at some stage!’

Both Spillane and Collins were delighted to see the pitches busy again this week as underage training resumed.

‘It has been incredibly lonely to go out to our pitch every day and see no one there,’ Spillane says, while Collins added, ‘When you are into summertime, all you want is to see the children out playing. It will be good for them and for their parents.’