THEY say it is never over until the fat lady sings and Gabriel Rangers followers were anxiously scanning their watches as the clock ticked into the 57th minute of this thrilling Clona Milk 2021 U21B football championship final at tropical Kealkil recently.

Adrift by four points, 2-6 to 0-8, and with their goalmouth having a number of narrow escapes as Urhan squandered a few gilt-edged goal-scoring opportunities, the Rangers were looking for some divine inspiration if the Matthew and Margaret O’Sullivan Cup was to wind its way to Mount Gabriel.

True to form, it arrived.

Rangers embarked on a late, late scoring spree that yielded an unanswered 1-3 between the 57th and 64th minutes as the good lady burst into melodious rapture, leaving Urhan shell-shocked and Rangers on cloud nine as they swept to a glorious triumph. 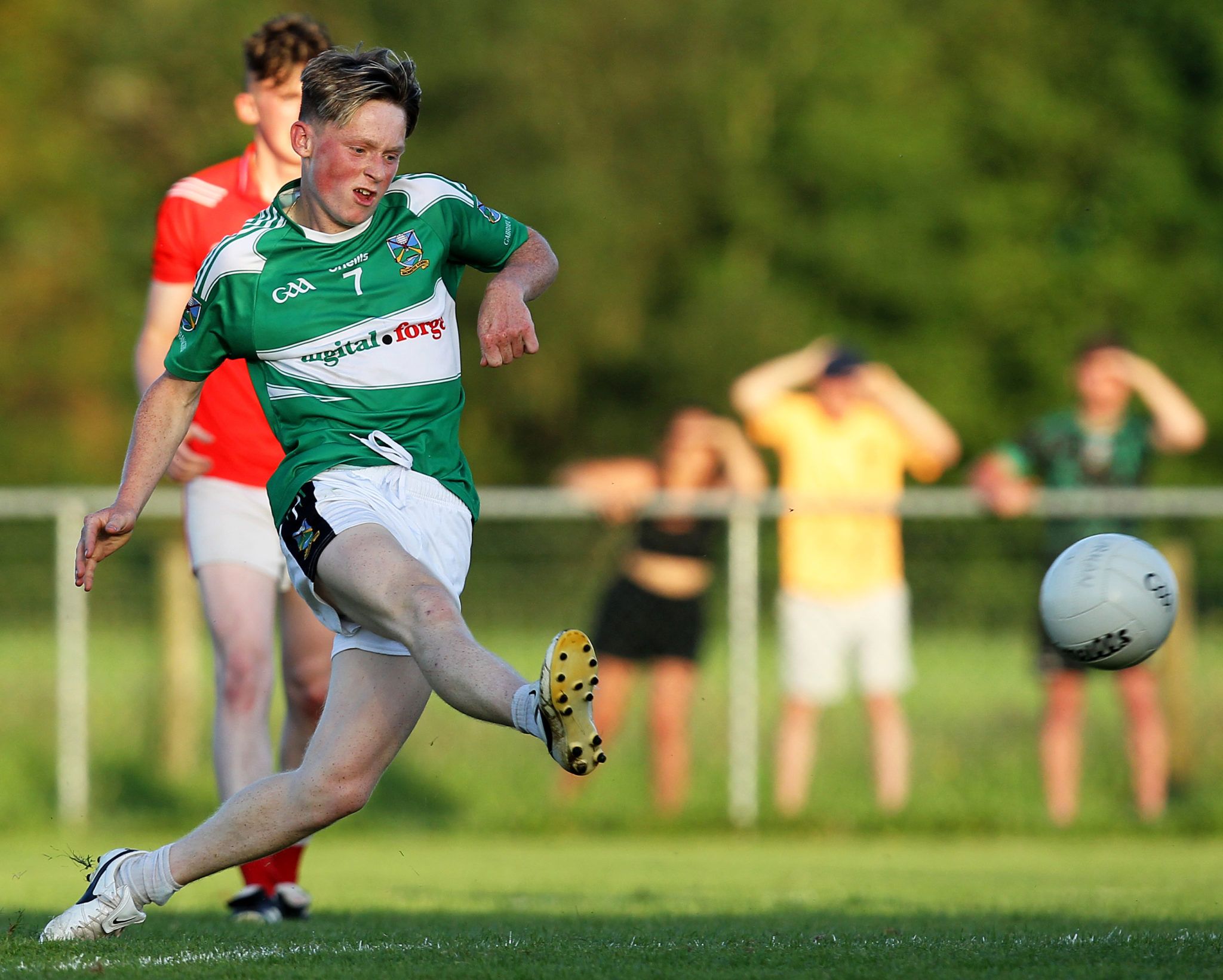 Gabriel Rangers' Paddy O'Driscoll breaks through the Urhan's defence to score the all important late goal.

Jordan O’Brien began the late, late show by pointing a free. Next, Paddy O’Driscoll embarked on a mazy solo run, leaving a bevy of Urhan defenders trailing in his wake to score a major that is a contender for goal of the season.

Then Luke Bowen chipped over a peach of a point before ace free-taker James O’Regan administered the coup-de-grace.

It was hard luck on Urhan who performed with distinction for much of a game where first one side and then the other had periods of supremacy, but the hard facts are that the Beara side failed to convert those chances and paid a heavy price at the end.

Nevertheless, Urhan played a huge contributory part in a superb game of football, but that will be of little solace to the lads from that great bastion of football.

They got off to a dream start as Dylan Crowley scored a tremendous solo goal inside the opening minute. With the O’Shea brigade – Micheál, Eamonn, Joseph, and Steven – in overdrive, augmented by the classy Ciarán Sullivan who was leading by example up in the engine-room and Ben Sullivan proving a real livewire, Urhan were looking good.

However, despite limited possession Rangers were on par by the first water break thanks to a trio of points from the prolific James O’Regan. Then it became The Ben Sullivan Show as the Urhan forward scored an impressive 1-4, including a peach of a goal in the 24th minute with Alan O’Sullivan and Jamie O’Neill involved in the build-up.

Back came Rangers undaunted, as two beauties each from Keith O’Driscoll and James O’Regan left a goal between the teams, 2-4 to 0-7, after a tremendous opening 30 minutes. 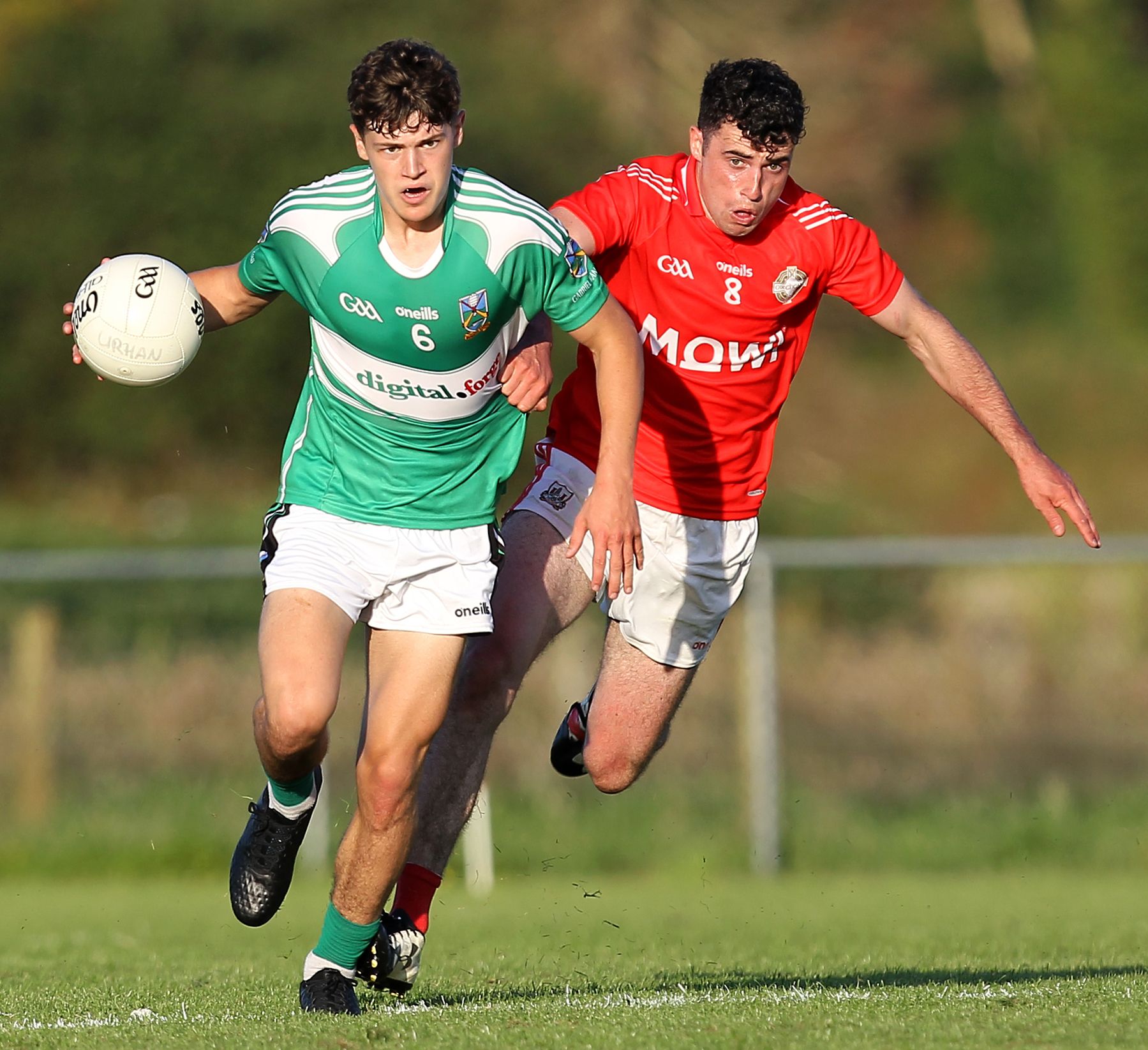 On resuming the scoring ratio dropped, both defences battened down the hatches with turnovers the order of the day and the respective full-back lines tightened up.

James O’Regan and Jamie O’Neill traded frees as the chances still arrived with Urhan, in particular, ruing those misses as a superb move involving Joseph O’Shea and Dylan Crowley came to nought, one of several of a similar nature. Dylan Crowley did score a point in the 55th minute, but that late Gabriels scoring barrage was to signal lights out for Urhan.

Gabriels selector Connie Bowen was in buoyant mood as he savoured a glorious win, but was quick to acknowledge the effort by a game Urhan. He said his charges had lived dangerously at times and could consider themselves lucky to have come good at the end.

‘It was a tight affair, we played second fiddle at times but luckily it all turned out well at the finish. Fair play to Urhan they really tested us and they are a fine side. That bunch of lads we had out there today were always resilient right up the grades, U12, U14, etc., and never knew the meaning of defeat,’ Bowen explained.

‘We are very young; the backbone of that team will be available in two years. It is a crucial win for us and makes the future look bright, we are delighted.’