SIFTING through the debris of such an unexpected and gut-wrenching defeat to Mayo in the recent TG4 All-Ireland senior football quarter-final will not be easy. But that’s the job for Shane Ronayne, his management team and panel over the months ahead.

On a weekend of shock results in the All-Ireland quarter-finals, as Dublin lost to Donegal and Armagh went down to Kerry, Cork’s recent capitulation to Mayo was the most unexpected. Or rather the manner in which Cork bowed out of the championship was the most startling.

A Cork team that had been improving with each of their previous provincial and All-Ireland championship outings malfunctioned against a well-organised, but with the greatest respect, Mayo team that few believe can win this year’s senior title.

Opinions of the Connacht side will have rightly changed after this performance in Cusack Park. Make no mistake, the better team won this All-Ireland quarter-final.

It is one thing to get hammered out the gate, those defeats are actually easier to process. It is when you are part of your own downfall, one of the main reasons for losing, that makes coming to terms with defeat all the more frustrating. 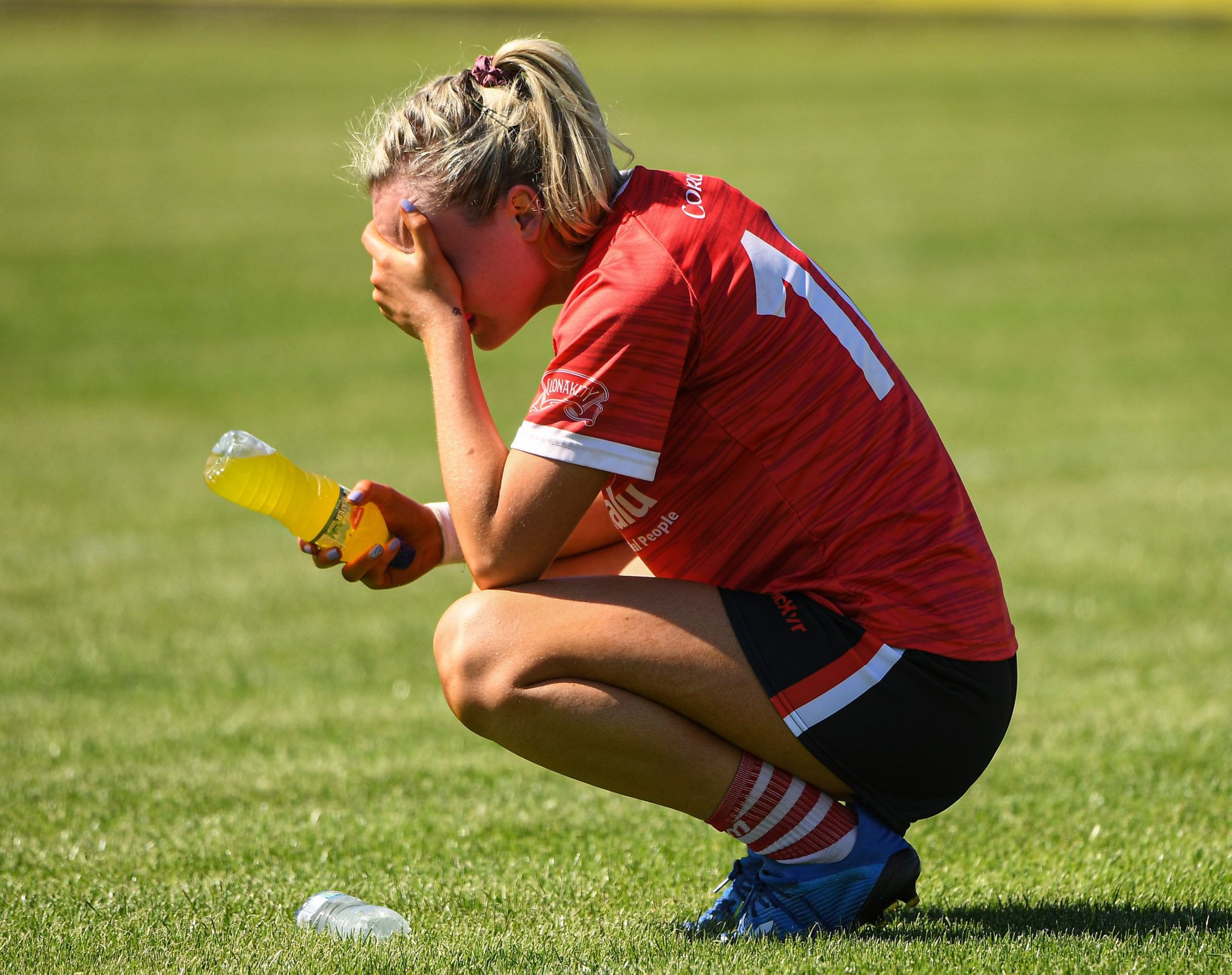 A dejected Emma Cleary after Cork's exit from the championship.

The devil is in the detail when it comes to analysing a shock loss like Cork’s in Ennis. That’s where statistics – courtesy of Matthew Hurley, @gaa_Statsman on Twitter – shine a light on Cork’s self-inflicted defeat.

The most glaringly obvious stat that cost Cork was their kick-out percentage. Of the 22 restarts goalkeeper Meabh O’Sullivan took, Cork lost nine (40%). Mayo’s percentage for the same statistic shows the Connacht side were better able to retain possession, winning 16 (72%) and losing six (27%).

What those numbers don’t show is the fact one of Cork’s kick-out malfunctions directly led to Lisa Cafferky’s second-half and match-winning goal. The Mayo forward capitalised on a mix-up from Cork’s restart and tapped into an empty net. Those are mistakes no team can afford to make in games of such wafer-thin margins.

In fairness to O’Sullivan and her kick-out targets, it was an off-day compared to Cork’s previous outings against Donegal and Waterford. Bottom line, Mayo had their homework done and reaped the benefits of forcing Cork into repeated mistakes from a set-piece they are usually strong at.

On a day Cork’s shooting returned a decent success rate of 68 percent and a positive turnover rate (60 percent of possessions won), it was hard to fathom the sluggishness of the losers’ overall display. Simply put, Cork struggled to move the ball at pace into areas where they could hurt Mayo.

Again, credit Mayo for their superior work rate and ability to force Cork wide rather than through the middle. That meant Cork’s most potent attacking weapons, Orla Finn and Doireann O’Sullivan, were starved of possession for long spells.

A frustrating inability to finish off attacking moves, most notably in the final ten minutes, also cost Cork. Mayo goalkeeper Aisling Tarpey had to make a couple of important saves but Cork fluffed their lines from both rebounds.

Most tellingly of all, a Cork team that had found the net in every Munster championship and All-Ireland group game failed to raise a green flag against Mayo. Of all the statistics coming out of Cusack Park, that last one will hurt Cork more than any other as a goal or two would have gotten them over the line. 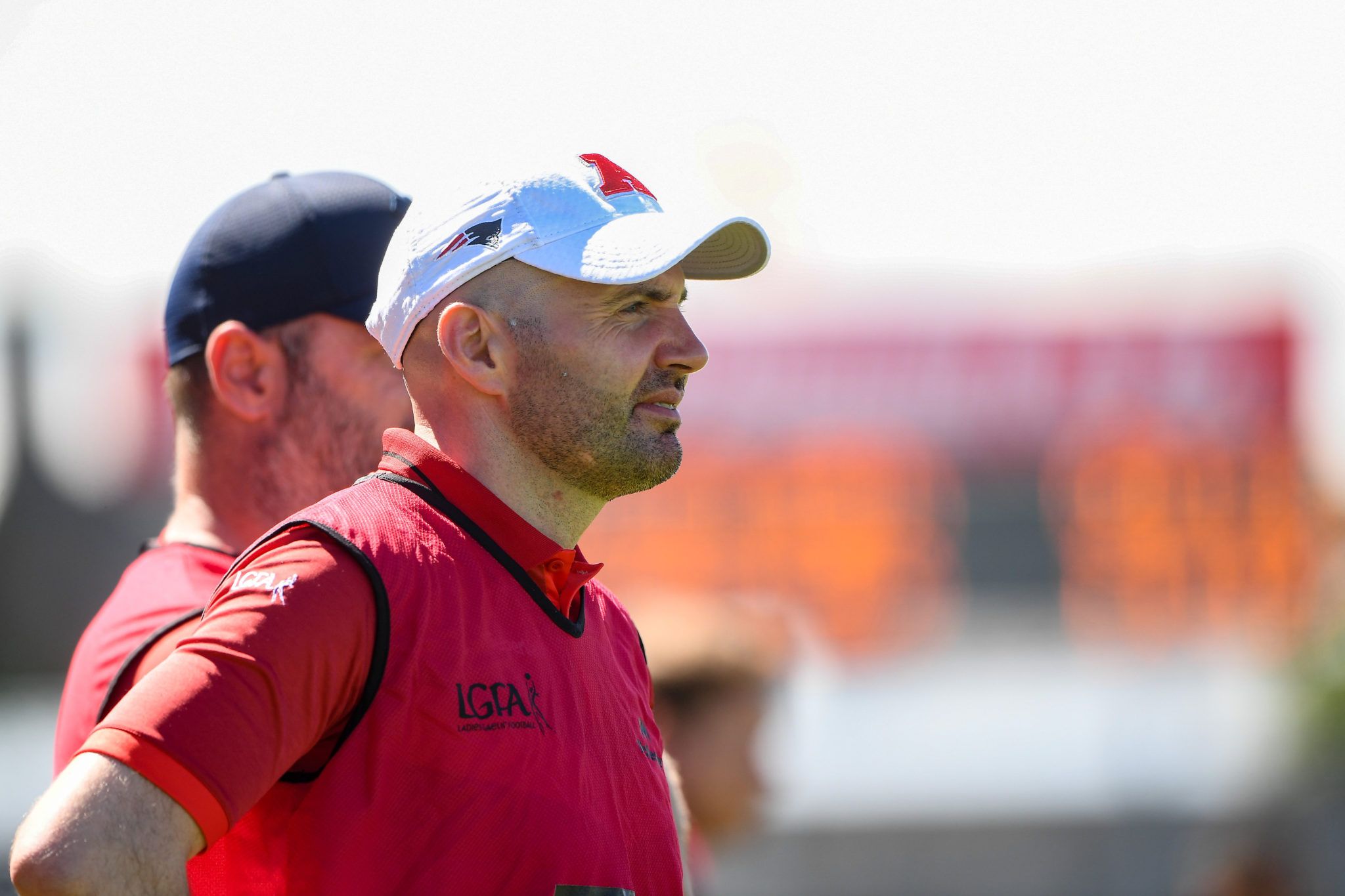 A day is a long time in politics, just ask Boris Johnson. So, there is a longer than usual winter ahead for the Cork LGFA senior set-up.

Shane Ronayne’s first year in charge has been a positive and productive one even though he and his players may not see it that way right now. Winning the Brendan Martin Cup is all Ronayne and Cork want to be judged on. In that respect, they came up short.

Sorting out Cork’s penchant for mentally switching off and experiencing periods of sluggishness in big games has to be addressed. By their own admission, the Rebels failed to put a full 60-minute championship performance together this season. You cannot win an All-Ireland senior title unless you put in a full one-hour plus display at the business end of the season. Just ask Dublin and Armagh.

Of more immediate concern for Cork supporters will be how many of the experienced warriors who have soldiered in a red jersey decide to retire from inter-county football. Shane Ronayne asked the entire panel not to make any such decisions in the immediate aftermath of the defeat to Mayo. That’s sound advice from an experienced manager who has been there, done that.

But the nagging feeling is that we could be entering a period of transition when it comes to the Cork LGFA seniors.

No one could ask any more of a management team and a group of footballers who brought such joy and happiness to their county, not just this year but over the last number of years.