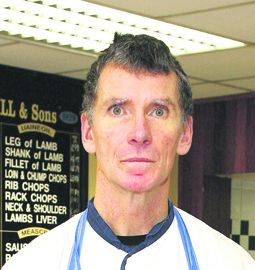 MIKE ‘Haulie’ O’Neill has been chosen to give Clonakilty’s struggling footballers the cutting edge.

The former Cork selector (pictured) under Conor Counihan has been installed as Clonakilty’s senior football manager – a position he held before with great success – as the club has shaken up its senior management team following a series of bad results that has left its senior football status hanging by a thread.

Following three Cork SFC losses in a row, Clonakilty are now in a relegation final against Aghada, with the loser of this crunch clash being relegated to premier intermediate football.

With so much on the line, the West Cork powerhouse has decided to go back to the past to safeguard its future, as O’Neill, a butcher in Clonakilty, has been drafted back in as team manager.

Joining O’Neill is Neil Deasy, manager of the Clonakilty U21 team that completed the South West U21 A three-in-a-row earlier this year. He was involved in all three recent South West U21 A football successes.

Deasy, trainer of the 2009 county senior winning team, has been recruited as coach for the seniors.

The club had introduced a management team this season with Eoin Ryan, Casey O’Donovan, Billy O’Connor and Padraig White all involved, but it’s now felt that it’s necessary to have just one man in charge – Haulie O’Neill.

Ryan, O’Donovan, O’Connor and White will continue as selectors for O’Neill.

Eddie Kirwan, Nemo Rangers, who was brought in as Clon trainer this season, is no longer involved.

Defeats to Newcestown, O’Donovan Rossa and St Nick’s have seen Clonakility become embroiled in an SFC relegation final for the first time in the club’s history.

Clonakilty are the longest serving senior football club in the county, having soldiered at this level since 1932. They have won nine county senior football titles – the most of any West Cork club.