Laura O'Mahony and her Cork team-mates got off to a winning start in the league against Mayo last weekend.

LAURA O’Mahony believes that Cork’s fresh approach this season could help the Rebels reclaim top spot in the football charts.

There is a huge desire within the Cork camp to end their wait for the All-Ireland senior title, last won by the Rebels in 2016, and new manager Shane Ronayne is urging his team to believe in themselves.

‘That’s one of the main things that Shane is trying to emphasize, that because we have lost in the last few years that a few of us have lost confidence and are thinking “oh God, are we ever going to win?” Having Shane come in and tell us we have the players, that helps. Having eight Mourneabbey players to come back on the panel, that will help. We have what it takes to win and we just need to start believing in ourselves more,’ Skibbereen footballer O’Mahony told The Star Sport Podcast.

‘The main focus this year is that we focus on ourselves. There are some things that we have done in previous years that we will try to change this year. Obviously it worked for us in some ways, but we didn't win the All-Ireland in the last couple of years. We need to look at that and look at where it has gone wrong so changing the tactics and being more on the step forward than then step back will work for us, going from the league into the championship.’

While Cork lost (2-7 to 1-8) their Lidl NFL Division 1B opener against All-Ireland champions Meath last weekend, the Rebels were without their sizable Mourneabbey contingent that was handed a deserved break after their run to the All-Ireland senior club final. New boss Ronayne also gave youth its fling so when you look past the result, there were positives to take from the outing. O’Mahony was delighted to get a full game under her belt, too, having missed all of last year’s league with a serious knee injury. In fact, the Cork wing back missed 11 months in total, before making her comeback in the All-Ireland championship against Tipperary in July 2021.

‘It was great to play, especially when I missed last year’s league campaign,’ she said.

‘The league and the championship are very different in the way that people take the championship more seriously but the league is that opening that you need to get the dust off the boots, to get going, to try new players and new tactics, and that’s what we did. With the new management we went out with a fresh head and a fresh mindset and just gave it a go.’ 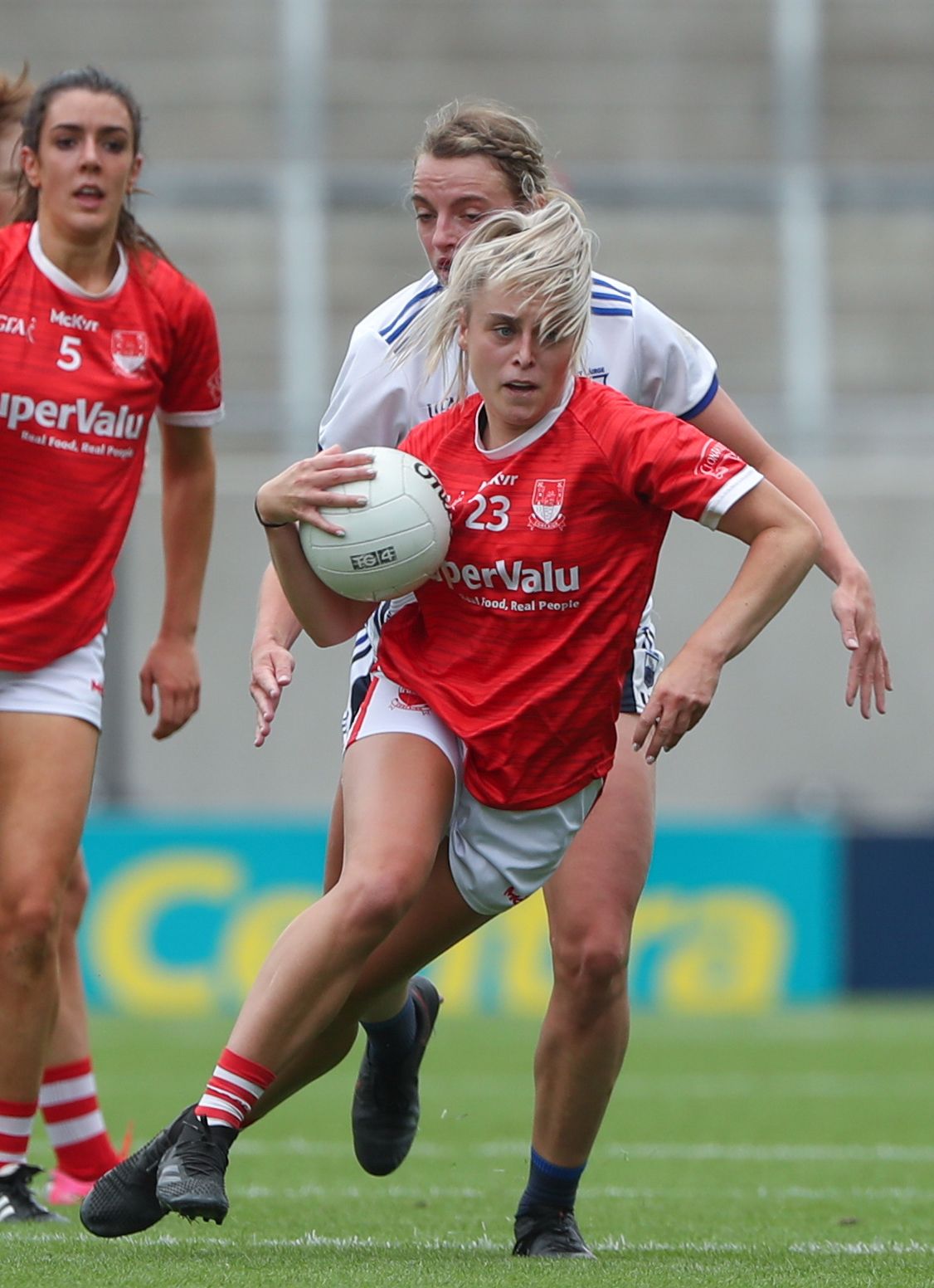 Cork's Laura O'Mahony, in her second game back from a serious knee injury, started against Waterford in the 2021 All-Ireland championship.

It doesn’t get any easier for O’Mahony and Co. Last weekend they played the 2021 All-Ireland champions. This weekend Cork travel to take on previous (four-in-a-row) champions Dublin in Croke Park – 5.15pm throw-in, and it’s live on TG4. It’s another big challenge, but also another opportunity for this group to develop, especially the young players who will play in Croke Park for the first time.

‘The likes of Rachel Leahy and Dara Kinry, and the younger girls on the panel, have probably never played there before so this is a great learning experience. I remember my first time playing in Croke Park, in the 2020 league campaign against Dublin before I injured my knee that summer. There was no crowd at the time because of Covid  so that will be one of the big changes this weekend. The Dublin men are playing Mayo after our game so hopefully some of that crowd will be there for our game, and that will drive us on,’ O’Mahony said.

It’s very early days in the season, but Cork are already getting the challenging matches that they need, and that will bring them up to speed as the campaign builds momentum in the weeks and months ahead.