THE exclusion of reigning champions West Cork from this year’s county ladies’ football senior championship has turned the local spotlight on newcomers Clonakilty.

It’s over a year since Clon won the 2020 county intermediate final against Glanmire to win promotion up to the senior ranks. The pieces of the jigsaw fell into place last season. Clon had a full panel to select from including Cork goalkeeper Martina O’Brien plus up-and-comers like Orlaith Deasy, Millie Condon and Katie O’Driscoll. It all led to the county intermediate final when a brace of Orlaith Deasy goals helped Clon register a shock 2-8 to 0-11 win and promotion to the senior grade.

Their reward is a spot in Group 2 of the top-tier championship this year alongside St Vals, Éire Óg and Kinsale. They’ll kick off their campaign on Saturday, 26th, against Kinsale, so excitement levels are building.

JJ Deasy’s Clon side has already shown they will be no pushovers when it comes to this year’s senior championship. Clonakilty finished joint-top of the Division 1A county league earlier this season. Wins over Kinsale, St Val’s, Éire Óg – and all three will face Clon once again in the county group stages – and Fermoy plus a one-point defeat to Mourneabbey qualified the newcomers for a league final. There, a strong Mourneabbey line-up registered a chastening 2-21 to 3-5 victory but Clonakilty had made their mark.

Manager JJ Deasy recognises that more eyes than ever will be on Clonakilty in the West Cork division’s absence from this year’s senior championship. He's hopeful his players will respond.

‘We are as ready as we will ever be,’ he says. ‘We have improved since the end of last year. There is a renewed confidence about the players after winning an intermediate county title. Our younger players are playing with a little bit more confidence. There is still a very strong squad there, no retirements and a couple of girls have returned to the squad as well. Clonakilty is in a very good place heading into the opening round.

‘No one is getting carried away either. We are well aware that many of the teams we played in the county league were missing their Cork players. The same as ourselves in that we were missing Martina (O’Brien). The challenges we faced in the league are going to be as tough if not tougher when it comes to the championship.’

Deasy is right to point to Clon’s league form albeit against teams are likely to field much stronger line-ups come championship. Plenty of clubs who have gained promotion to the top grade have then struggled in both league and championship so the fact the newcomers have been competitive is an encouraging sign.

A Doireann O’Sullivan-inspired Mourneabbey taught Clonakilty a valuable lesson in this year’s league decider but Clon still managed to score 3-5 against the favourites for the 2021 senior county. Another encouraging sign.

‘That was a great learning curve for us, getting to play the best team in the country on two occasions,’ JJ Deasy says.

‘We lost to Mourneabbey by a point the first day out before losing by considerably more the next time we faced them. It is a case of just focussing on ourselves now and improving on specific areas heading into the championship.’ 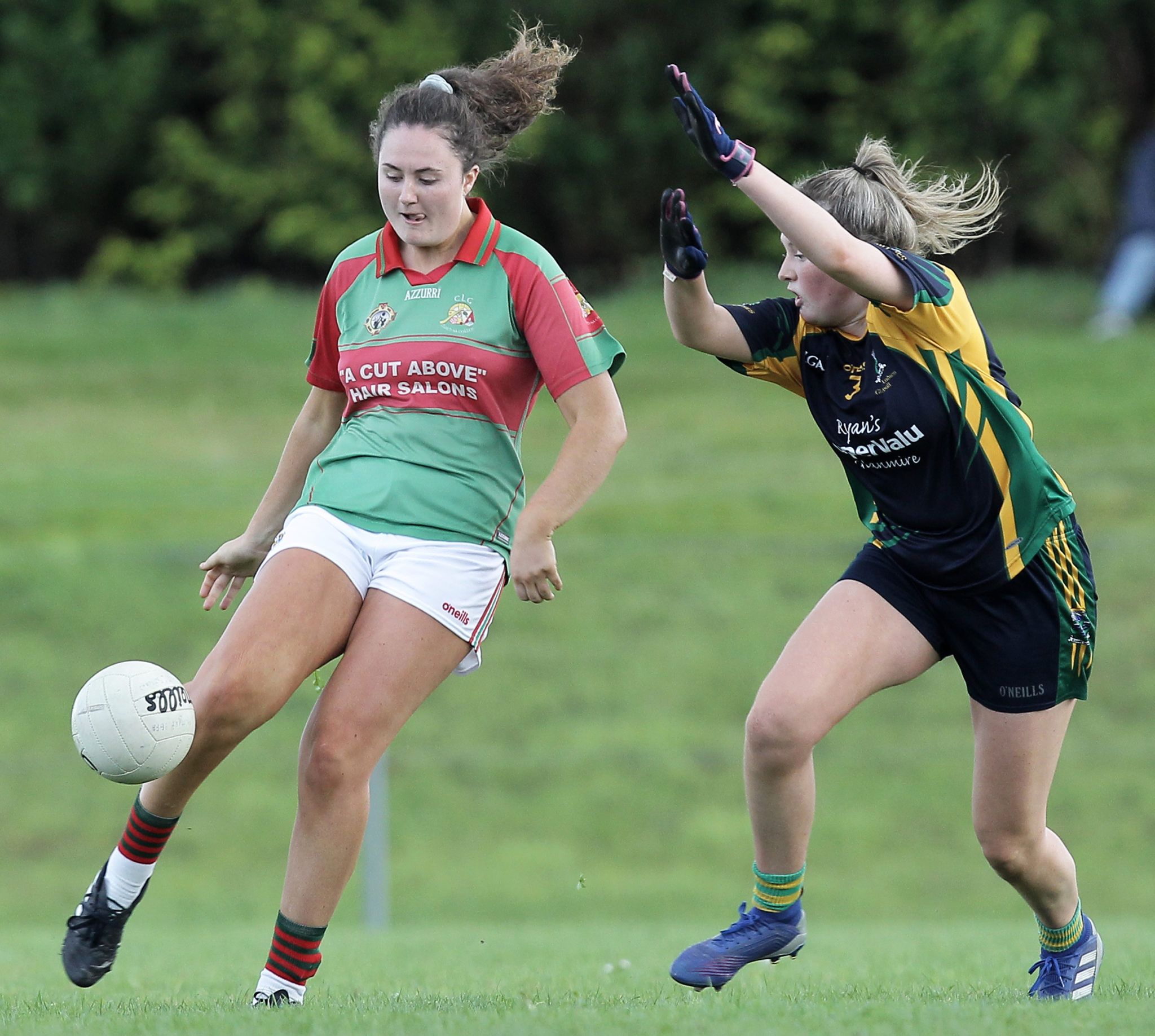 First up is a tough test at home to Kinsale, a team that boasts inter-county talent including Caoimhe O’Callaghan, Sadhbh O’Leary and Orla Finn. ‘Home advantage will not make too much of a difference in the championship but it is a comfort too at the same time,’ the Clonakilty manager feels.

‘Hopefully, we will get a bit of support and draw a crowd for that one especially as we played nearly the entirety of last year’s championship without any supporters present. A bit of noise and atmosphere in the main stand in Ahamilla is something everyone is looking forward to.’

Despite the absence of last year’s county champions West Cork, Clonakilty enter the 2021 senior championship with nothing to lose and everything to gain. West Cork will be watching on with interest.