Brian O'Driscoll in action for Carbery during their 2022 county championship run.

WHEN Brian O’Driscoll chats about his love for football, he traces it back to evenings spent as a kid with his dad, Gene, who took him and his brothers to various training sessions. That’s where he feels it all began, but it goes back further than that. Much further.

Brian hails from legendary GAA stock. The O’Driscoll clan from Corlis is central to football in Caheragh. His late grandfather, Sonny O’Driscoll, is a local legend who helped set up Brian’s club, Tadhg MacCarthaigh, in 1954.

From the start, the O’Driscolls were at the core of this club. First, Sonny. Then his sons, Gene (who won an All-Ireland senior club title with O’Donovan Rossa in 1993) and Tony. Then the next generation down, the current crop including Brian, who is continuing the tradition. As are his older brothers, Colm and Kevin.

In some ways, given the history and tradition and environment he grew up in, Brian was always going to play football – but how far he goes is down to his own drive, desire and ambition. He ticked all three boxes during 2022 as he was a core part of the group that put Carbery football back in the headlines for all the right reasons.

After four seasons without a victory, the divisional team returned to winning ways in style last season, with an in-form Brian O’Driscoll a key character in this team’s emergence.

‘If I go back to when I was young, the majority of the time there was a strong Carbery team there, so for a guy coming from a junior club it was something to aspire to, to one day be good enough to play for the divisional side,’ Brian explains.

‘When the divisional side was going well in the county championships it made it attractive. Now we are the guys who are old enough and good enough to play, and the responsibility is on us to put the jersey back in a good place.

‘You want young fellas from the different clubs looking at Carbery now and aspiring to play with the team, like we did when we were young. I grew up watching the Owen Sextons, the Graham Cantys, all these great players wearing the Carbery jersey, so it’s always been attractive to play for Carbery.’ 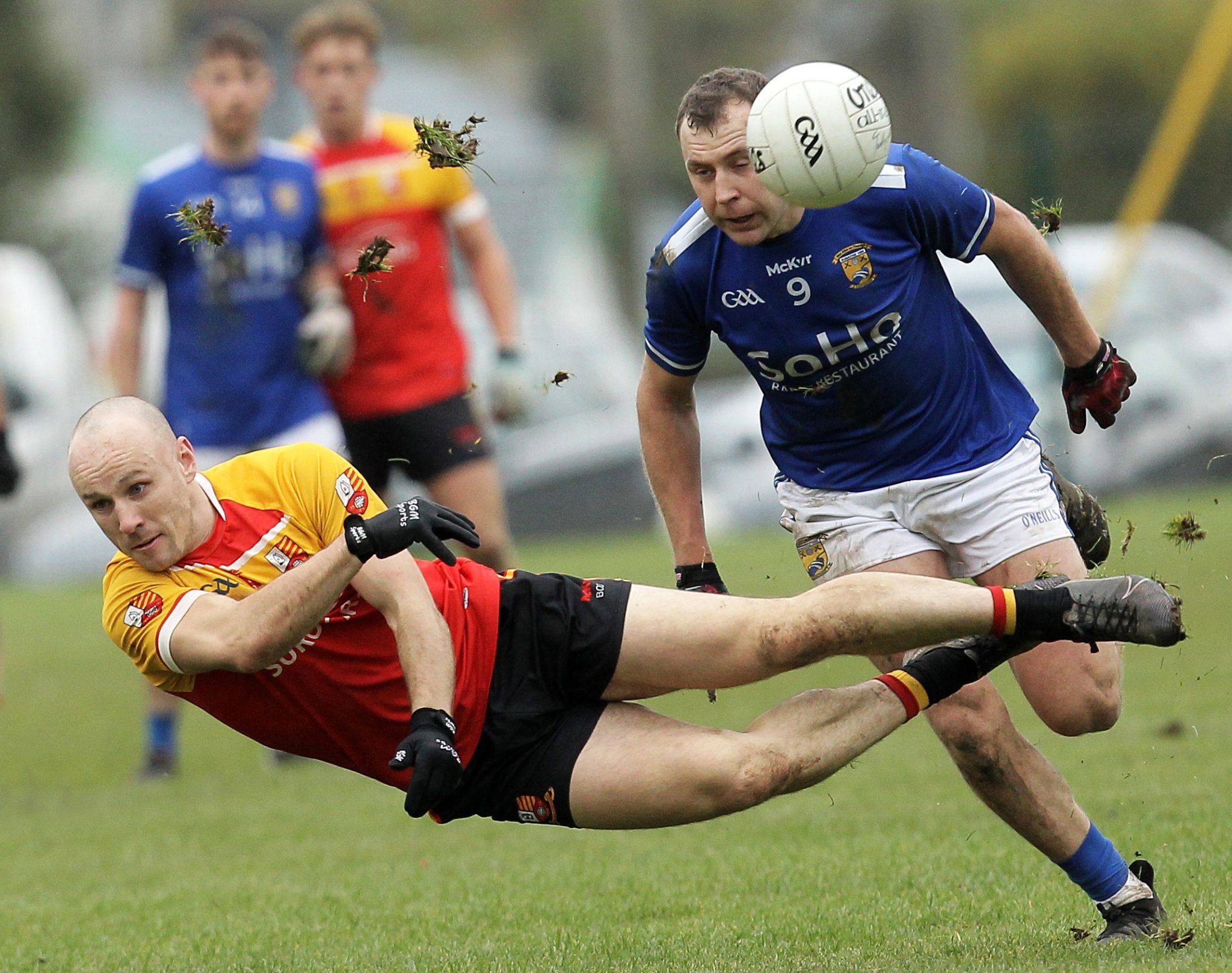 Tadhg MacCarthaigh's Brian O'Driscoll gets his pass away while he tumbles under pressure from Ballinhassig's Donncha Donovan during the 2021 Bon Secours JAFC quarter-final.

Brian is 28 years old, reaching the peak of his powers. He’ll admit he’s more mature on the pitch now than in his younger days, and that’s the journey he’s had to bring him to this stage of his football adventure. Playing senior football with Tim Buckley’s Carbery put him in the shop window in 2022, and his performances in the division’s rise to the county quarter-finals – and the sole divisional/college team at that stage of the Bon Secours Premier SFC – certainly turned heads. Man of the match against UCC in the divisional/colleges semi-final. Man of the match against Duhallow in the final. Inspirational. Third highest scorer in the entire championship (1-27, with 0-11 from play). As Carbery turned a corner and announced their return as a football force, so too did Brian.

‘Immensely,’ he shoots back, when asked about how enjoyable the Carbery campaign was.

‘There is a big step up from junior A football to premier senior football. It’s only with games that you notice the step up in pace and speed of thought and intensity. It takes a little bit of time to get used to that standard of football again.

‘Junior and senior are, in many ways, very different games. It’s only with exposure to senior that you get the feel of it, and it was great to have the run of six championship games in 2022.’

He feels there are several reasons why Carbery got the show back on the road this season after a barren spell. The new format was a step forward.

‘From a player’s point of view, you crave structure,’ he says.

‘You want to know when games are so you can organise the rest of your life around it. We had that structure in 2022 so we could organise around it. Okay, it was still hectic, trying to manage club commitments and Carbery commitments, and some fellas had hurling too, but if you have the dates and they stick to it, that gives you the structure that players want.’ 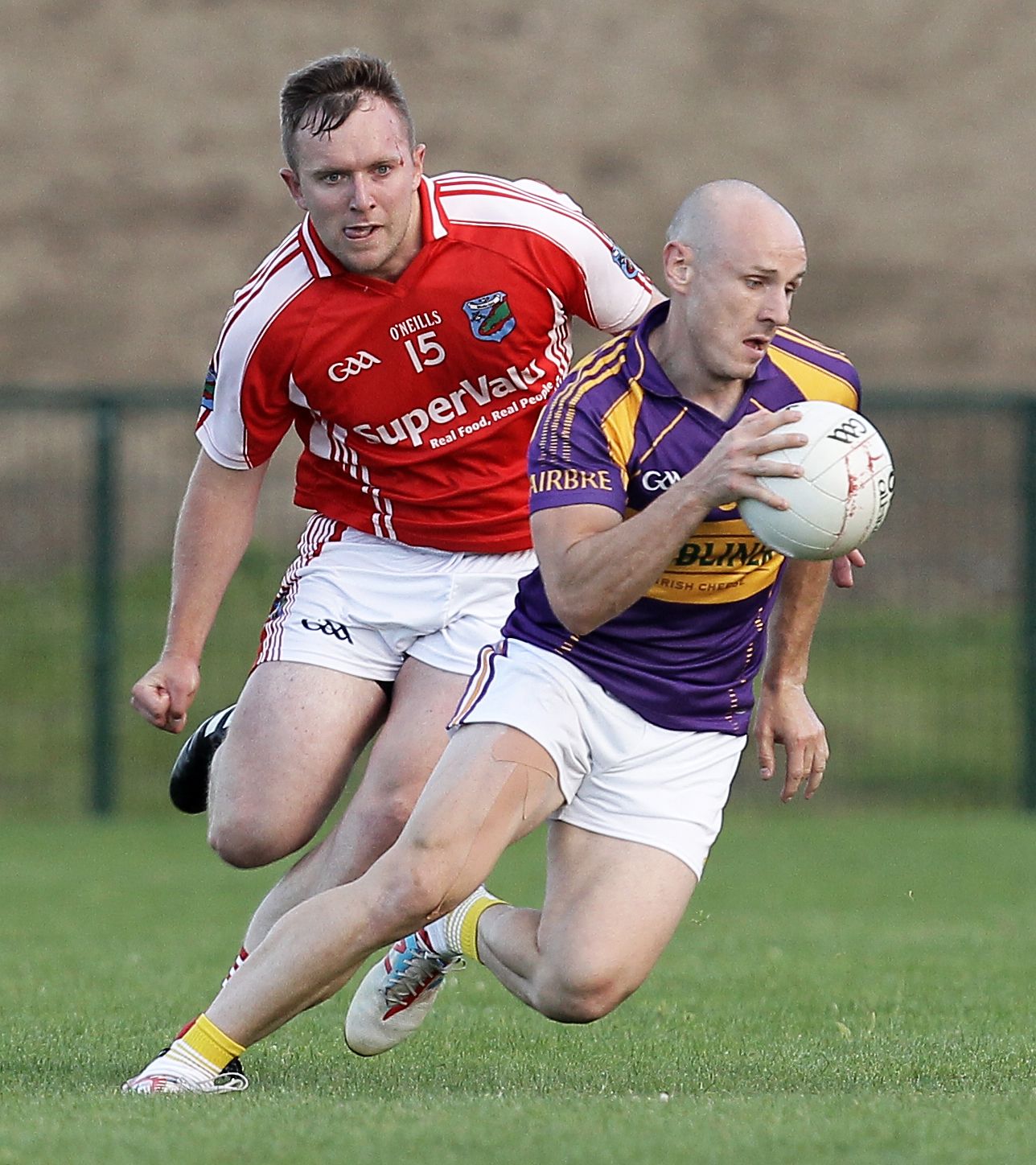 Thursday nights in the summer were put aside for games. In the new unseeded section, Carbery beat Imokilly, Beara and then Avondhu to advance to the semi-finals of the divisional/colleges’ section. There, they beat their recent bogey team, UCC, by 2-18 to 2-13 on a Wednesday night in Macroom. Brian scored 1-9. That weekend Carbery dumped Duhallow, the divisional standard bearers, out in the final of the divisional/colleges’ section. Carbery emerged to take their place in the knock-out stages of the championship proper, alongside the big clubs. Nemo Rangers. St Finbarr’s. Castlehaven. That’s good company to keep. Carbery’s journey came to an end in their quarter-final against Ballincollig, but it was still the year when the West Cork divisional team found form and consistency and a group of players all fighting for the same cause.

‘It felt like progress,’ he says. ‘At the start of the year, and before our first game against Imokilly, we were only targeting winning our first game. We genuinely didn't look any further than that. All of a sudden you win your first game and then the second game is just around the corner, and you win that. You get back on a bit of a roll.

‘There was definitely progress this year in comparison to the last few years. Now the challenge is to see if we can build on that and improve in the next season or two.

‘Getting to Páirc Uí Chaoimh to play in a county quarter-final was great but we have aspirations to build on that.’

Carbery are making progress. The group is growing, as players from clubs all across the division come together for the good of Carbery football. Established players like Brian, his brothers Colm and Kevin, Bantry Blues’ Ruairi Deane, and Ballinascarthy’s Sean Ryan setting the standards for young guns like Gabriel Rangers’ Paddy and Keith O’Driscoll, Randal Óg’s Sean Daly and St Mary’s Olan Corcoran.

Everyone is pulling in the same direction and making sure a proud tradition in the division is upheld.

‘From guys like the late John Corcoran who was involved, it was passed on to Gene (O’Driscoll) then who looked after it for a few years, and now it has passed to Tim Buckley,’ Brian explains – and the Dunmanway man’s role in this story can’t be overlooked.

‘Tim is a great organiser, a great fella to get fellas to buy in, and players appreciate the work that goes on behind the scenes. Myself and Tim would be in contact once or twice a week, whether it’s about football or whatever; there are good relationships and good friendships within the panel, and that makes it all the more enjoyable and easier to put your shoulder to the wheel.’

Brian O’Driscoll’s and Carbery’s performances will raise expectations for 2023. The challenge now is to meet them. Neither will be found wanting.