O’Donovan Rossa will contest this year’s U21B county final following a convincing 6-7 to 1-14 victory over Ballinora. The Skibbereen club built on their impressive win over St Val’s in the previous round and booked their place in the B decider courtesy of a six-goal burst.

Munster LGFA Young Player of the Year Lia Hogan underlined her quality with a personal tally of 3-4 to see off Ballinora. Rossas made sure of their county final berth with additional green flags from Aine McCarthy, Amy McCarthy (1-1) and Eabha O’Donovan plus Jessica Beechinor and Sarah Hurley points.

Skibbereen’s opponents in this year’s county final has yet to be decided. Dohenys take on Naomh Abán this weekend after the latter ended Kinsale’s interest in the competition. The U21B county decider is currently pencilled in for Easter weekend where (potentially) an all-West Cork encounter would attract a huge attendance.

Castlehaven booked their place in the last four of the Cork LGFA U21C championship following a terrific battle with Rockbán in Moneyvohallane last Sunday.  A low-scoring opening half saw the teams change ends tied 0-3 apiece. That was Castlehaven’s cue to up the tempo resulting in a brace of third-quarter goals. Rockbán responded positively and closed the deficit to a single point courtesy of a late goal. Their opponent’s defence remained steadfast and saw out the remaining minutes to register a 2-6 to 1-7 victory.

Carrigaline will be Castlehaven’s semi-final opponents while the other last four match-up in this year’s U21C championship involves Nemo Rangers and Bandon. The Lilywhites produced an excellent display to see off Macroom 4-11 to 2-14 in last weekend’s quarter-final. Scoring all but one point from open play, Bandon deservedly progressed to the penultimate round thanks to Ava Long’s marvellous individual display.  Macroom could not contain the Bandon player as Long scored 3-7 of her side’s total. Emma Tarrant added 1-3 and Kate O’Connor also raised a white flag.

There was disappointment for another West Cork club, Ibane Ladies, in the U21D county semi-finals. Ibane overcame Passage by three points in the previous round but lost a high-scoring shootout 6-10 to 5-14 to Funcheon Gaels in Barryroe. Funcheon Gales will meet Naomh Fionnbarra in the county final. 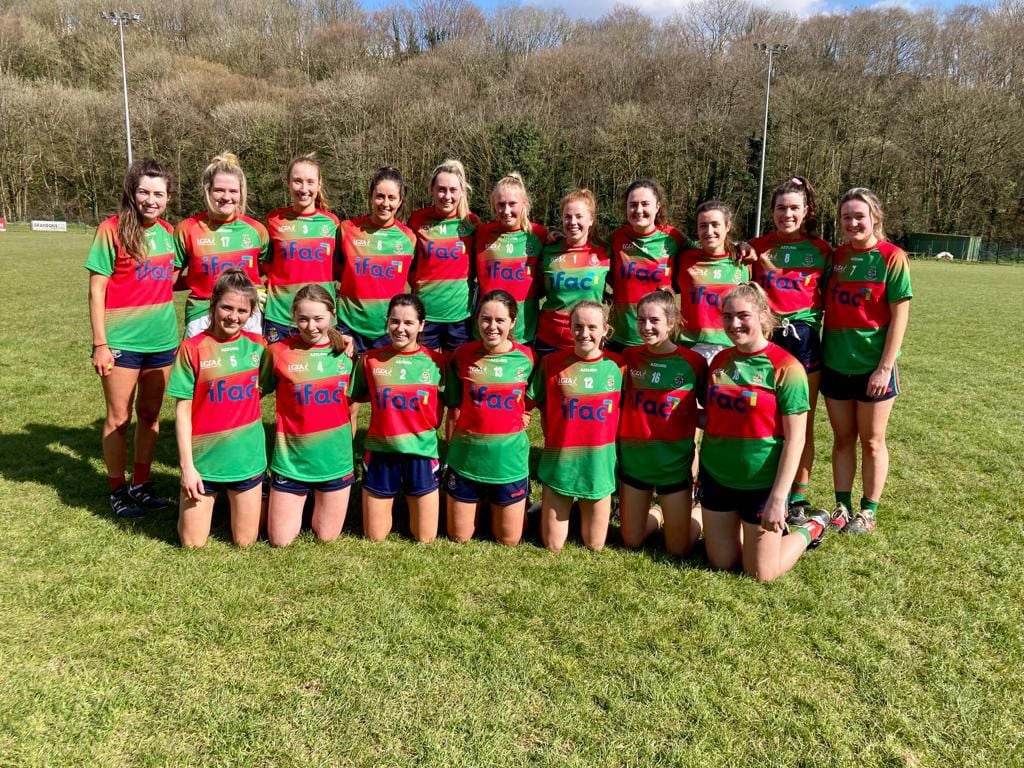 The Clonakilty team that defeated Glanmire 3-9 to 2-7 in their opening county senior league Division 1B game at the Pike, Sallybrook last weekend.