Cork's Jack O'Connor books the Rebels' ticket to the All-Ireland SHC final with his well-taken goal in the semi-final against Kilkenny at Croke Park. (Photo: George Hatchell)

AFTER seeing Cork lose a six-point lead and be taken to extra time, the Rebels’ support in Croke Park and watching at home must have feared the worst.

Back in 2018, Cork had been six up on Limerick with seven minutes of normal time but were reeled in, point by point, and even fell behind before Patrick Horgan landed a late equaliser – after Nickie Quaid had denied Seamus Harnedy a goal with a superb save.

Even though Cork were the side to take the game to extra time on that occasion, Limerick had the momentum and pulled well clear in extra time, assembling a seven-point lead before Conor Lehane’s late goal made the game look closer than it was.

From that fork in the road, Limerick became a behemoth while Cork struggled to get back to the same level and so had to engage in a phased rebuilding plan. It was a project that was motoring well after wins over Clare and Dublin, but on Sunday, there was a wobble with the end in sight.

Kilkenny’s comeback was a bit more frantic than Limerick’s three years previously, with Adrian Mullen’s goal at the death securing them a draw at the end of the regulation time.

However, Cork had missed some chances to make the game safe while Tim O’Mahony was caught in possession before Pádraig Walsh’s pass picked out the unmarked Mullen.

It could have been the kind of blow from which a team takes a while to recover, but, as Cork selector Diarmuid O’Sullivan outlined afterwards, there is a steel and determination to the current side.

‘Before, it might have but this team is different. There’s more resolve in it and we’re quite pleased with where we have come.’ 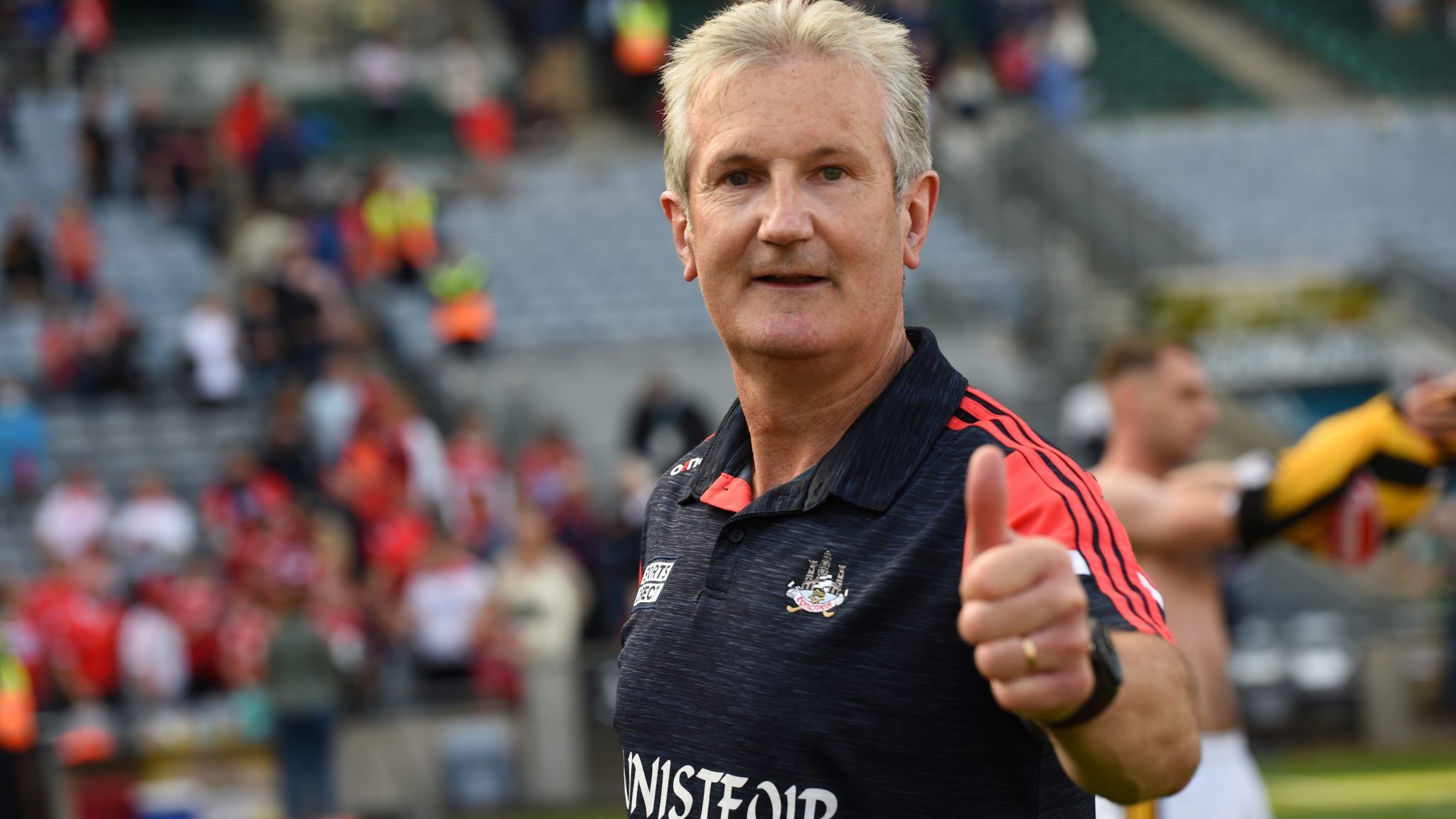 Cork manager Kieran Kingston gives the thumbs up after his side's victory over Kilkenny in the All-Ireland SHC semi-final at Croke Park.

It has been an incredible journey, for the senior side and hurling in the county in general. Since the Munster semi-final defeat to Limerick on July 3rd, Cork teams have played nine hurling championship matches – three each in senior, U20 (including the 2020 All-Ireland final) and minor and won them all.

It means that Cork are in all three All-Ireland deciders for the first time since 1977 and aiming to match the unique achievement of 1970, when all three were won.

Had Cork’s year ended at the semi-final stage with honourable defeat to Brian Cody’s side in Croke Park, it would have been somewhat disappointing but also something that could be rationalised. They lacked experience compared to the Cats, who know Croke Park better than anyone apart from the Dublin footballers. Only Patrick Horgan and Séamus Harnedy were present the last time Cork had won at GAA headquarters, the 2013 last-four clash against Dublin.

A semi-final appearance represented tangible progress compared to the previous two years, especially given the way that they hung on against Clare and then made it back-to-back championship wins for the first time since 2015. To then follow that with a battling performance like they did – effectively winning the game twice – shows that this year is no flash in the pan and, whatever happens against Limerick, Cork should be in contention for the top prizes for the next half-decade or so.

For the first time in a long time, the good times at senior level are backed up impressive underage results, with the Rebel Óg initiative finally beginning to bear fruit. In the decade since its implementation, the development-squad system hasn’t always been the subject of universal approval but things like this always need time and patience and Cork are seeing the rewards, while the installation of Aidan O’Connell in an overseeing role as head of high-performance is also a major factor.

Having been in top job once already, Kieran Kingston might have been advised to ‘never go back’ but he opted to do so and has made some brave calls in the search for success. Ultimate glory may not arrive this year, but it is surely on the way for Cork.