IT speaks volumes for Mount Saint Michael’s never-say-die attitude that they pushed Abbey CBS all the way in the recent Munster colleges’ senior B football (Corn Dhonncha Ui Nuanain) final at Mallow.

Under pressure for long stretches of the contest, the Rosscarbery school looked in serious trouble after conceding a goal that left them 1-4 to 0-4 in arrears towards the end of the first half.

With scores hard to come by up to that point, it meant the Tipperary standard-bearers held a significant advantage, and it appeared to be just the boost they required to go on and consolidate their dominance.

After Mount Saint Michael full-forward Ciarán Santry completed the first-half scoring from a free, however, Conor Twomey tacked on another point to leave the Rosscarbery students snapping at Abbey’s heels within four minutes of the resumption.

Again the winners looked set to tighten the screw after moving 1-6 to 0-6 ahead nearing the three-quarter mark, but again Mount Saint Michael responded with a hat-trick of scores to earn parity inside the last ten minutes.

It set the scene for a gripping finale in which Mount Saint Michael fell two points behind before the inspirational Peadar O’Rourke pulled one back and a Ciarán Santry effort to force extra-time was blocked down at the death.

It was easy to appreciate the losers’ frustration at the finish, although it would be hard to contend Abbey weren’t worthy victors on the overall run of the play.

Mount Saint Michael joint-manager Mike Keohane admitted Abbey CBS probably deserved to shade the issue, adding that his charges weren’t at their best on the day.

It’s also the second time in recent seasons that the West Cork school has lost this final. In 2019 Scoil Phobail Sliabh Luachra from Kerry beat the Ross school with a late goal to dash their dreams.

‘There’s no question about that, but the lads showed tremendous heart, and we’re absolutely proud of them,’ he said.

‘We’ve had a great campaign, our staff and supporters came out in such good numbers today, so it’s obviously disappointing we’re not going home with the trophy, all the more so since we lost narrowly again to Rathmore in this final three years ago,’ added Keohane, who was a mentor when Mount Saint Michael previously lifted the provincial title in 1996.

Mount Saint Michael made a promising start, with Oisin O’Sullivan, from a free, and Ciarán Santry on target before wing forward Eoin Doocey got Abbey CBS off the mark in the tenth minute.

It was notable that Abbey had wasted a few chances earlier, a pattern that persisted for much of the match. They clocked up seven wides before the break, another seven in the second half to finish with nine more than Mount Saint Michael for the hour. That’s indicative of the territorial edge they enjoyed, and it almost yielded a goal in the 12th minute when Mount Saint Michael wing-back Eoghan O’Donovan did well to deflect an effort from close-range by influential centre-forward Orrin Jones outside the posts.

After initially bringing the best out of Mount Saint Michael custodian Darragh Twomey, Jones pounced for the goal that sent Abbey’s prospects soaring in the 26th minute.

It seemed as if the profligacy which prevented Abbey – who hadn’t fallen behind since drawing level at 0-2 apiece in the 12th minute – from fully transferring their superiority to the scoreboard was a luxury they’d be well able to afford after impressive full-forward Evan Hawkins pointed to push them 1-6 to 0-6 ahead with 43 minutes gone. 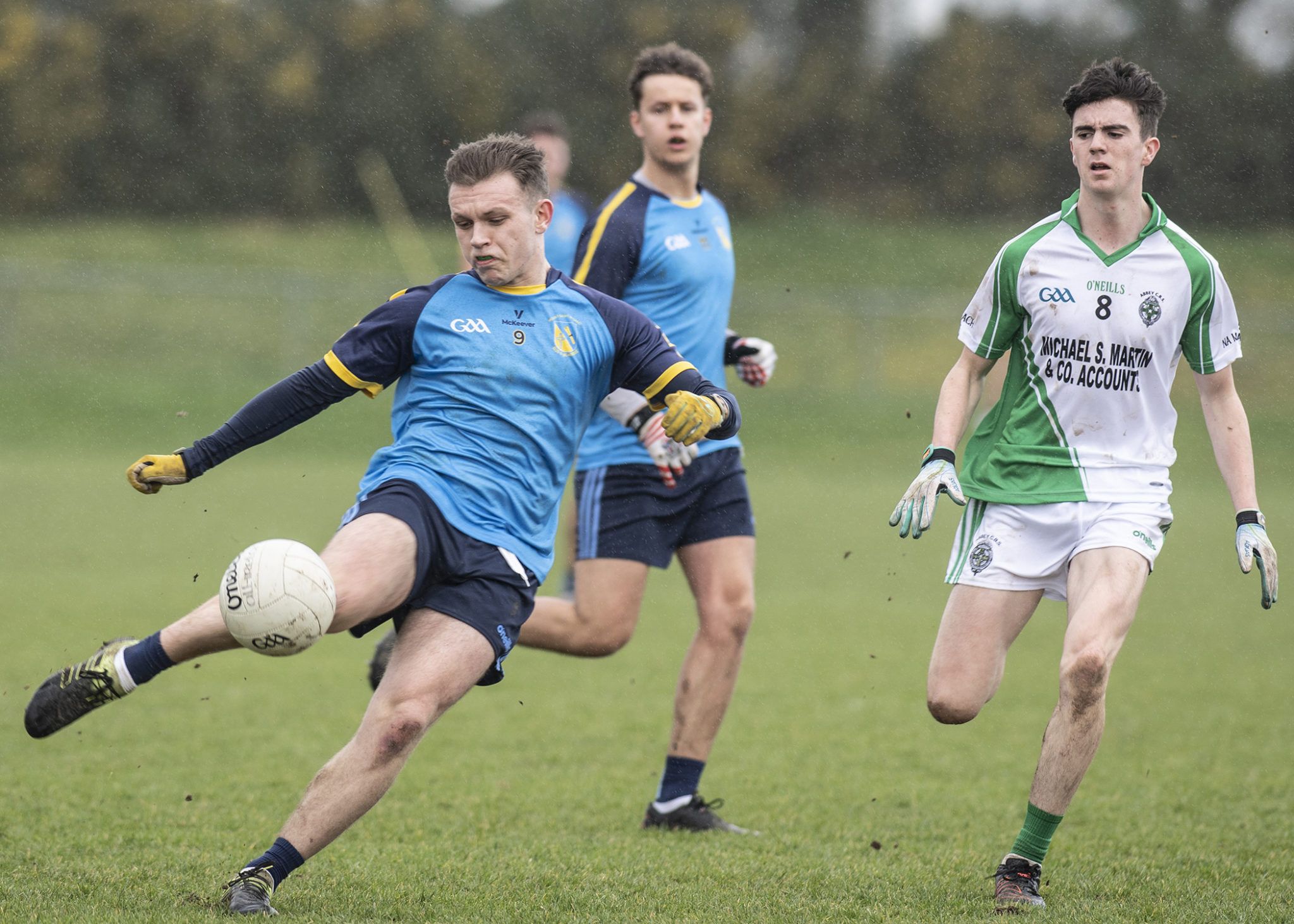 The picture changed considerably, however, when Mount Saint Michael dug deep to snatch the initiative, with Peadar O’Rourke leading the charge from the centre-forward berth. Following a patient build-up, O’Rourke posted a delightful point, and Ciarán Santry added another from a free won by Owen Tobin, who had taken a return pass from Michael Maguire.

The rampant O’Rourke then landed an equaliser, after Conor Twomey and John Keating had combined to create the opening, leaving Mount Saint Michael with plenty of momentum coming down the home stretch. They later lost Michael Maguire to a second yellow card, but their numerical disadvantage didn’t last long as Abbey’s Orrin Jones soon suffered a similar fate.

Credit to Abbey CBS, they pulled out a little bit extra when the crunch came, but they were clearly relieved to get over the line considering gutsy Mount St Michael were very much on the offensive in the dying minutes.

As well as Peader O’Rourke, Ciarán Santry had his moments in attack, as did Michael Maguire, prior to his departure, at midfield where Conor Twomey impressed after being switched from centre-forward. Eoghan O’Donovan and especially Owen Tobin performed most creditably in the wing-back slots, while it’s a measure of how efficient Liam Tobin and Oisin Daly were in the full-back line that both Abbey CBS corner forwards were called ashore.