LYDIA Heaphy is a fan of routine. She likes having a structure to her day, especially as she juggles the final year of her Law degree in UCC with full-time rowing training. What makes life a lot easier is that she enjoys both.

‘I am very strict on myself. I make out a timetable every day so I know what I have to do with college and rowing – and that works for me,’ she explains.

‘I couldn’t handle not having a routine. I’d get too overwhelmed and stressed out. I prefer to have a structured day so I get up the same time every day, do the same session, eat the same food for my lunch...

‘I am very structured in my routine but you need that to limit your stress and limit the outside worries. There is enough going on with sport and with college without having external factors weighing you down, like rushing for a deadline on an assignment.’

Rewind back to last March when the Covid pandemic struck and the country was locked down. In rowing, like all other sports, everything was either postponed or cancelled. Initially, the Leap woman (22) had no target to aim for. That’s not ideal for a person who likes structure.

‘It was almost at the stage where you think what’s the point, but I had to change my perspective and try to turn everything into a new challenge and get the best out of it. I think I did that pretty well during the first lockdown,’ Heaphy says.

During that period, she was staying in Kilkilleen, Lisheen, with her boyfriend Shane O’Driscoll, also a rower and a former World and European champion. They had their own rowing machines and had weights set up in the garage. Importantly, they had a structure, too. Every morning at 8am they logged on to Zoom for training sessions with more Rowing Ireland High Performance athletes. There was another session in the evening.

‘When you had nothing to train for, it was just maintenance and it was quite monotonous, but we were lucky that we had Zoom – that made you get up and do the training,’ she explains.

There was a silver lining though. In December 2019, on a training camp in Seville, she cracked one of her ribs and that took her off the water for eight weeks; that’s not ideal when the block of winter training is so important for the season to follow.

‘I got bronchitis when I was over there, and from coughing I ended up cracking my rib,’ she says.

‘Stress fractures of the ribs are actually quite common in rowing.

‘I was put on the bike for eight weeks and I was another four weeks getting back rowing so I wasn’t properly training for eight to 12 weeks. That set me back a lot.

‘In December 2019 I was doing six hours every day on the bike, just trying to get as much as I could done.

‘In one sense the lockdown was a good thing for me because it gave me more time to recover.’

Around May news filtered through that the U23 European Rowing Championships in Duisburg, Germany, might take place in September. Now there was a target to aim for, a goal to work towards.

‘Hearing that the U23s were going ahead, that was a light at the end of the tunnel,’ she explains.

‘I was even more delighted because it was my last year at U23. If I didn’t get to race I would have been gutted. You work so hard for years, to put yourself in a position to win medals, and you don’t want that chance taken away from you.’

Rowing Ireland sent eight crews to the European U23s and there was a strong Skibbereen Rowing Club representation. Lydia Heaphy was in the Irish lightweight pair alongside Cliodhna Nolan. Lisheen’s Aoife Casey was partnered by Margaret Cremen in the women’s lightweight double. Another Lisheen woman, Emily Hegarty, was with Tara Hanlon in the women’s pair. All three Skibb women brought home medals – and Heaphy led the charge with an historic gold. 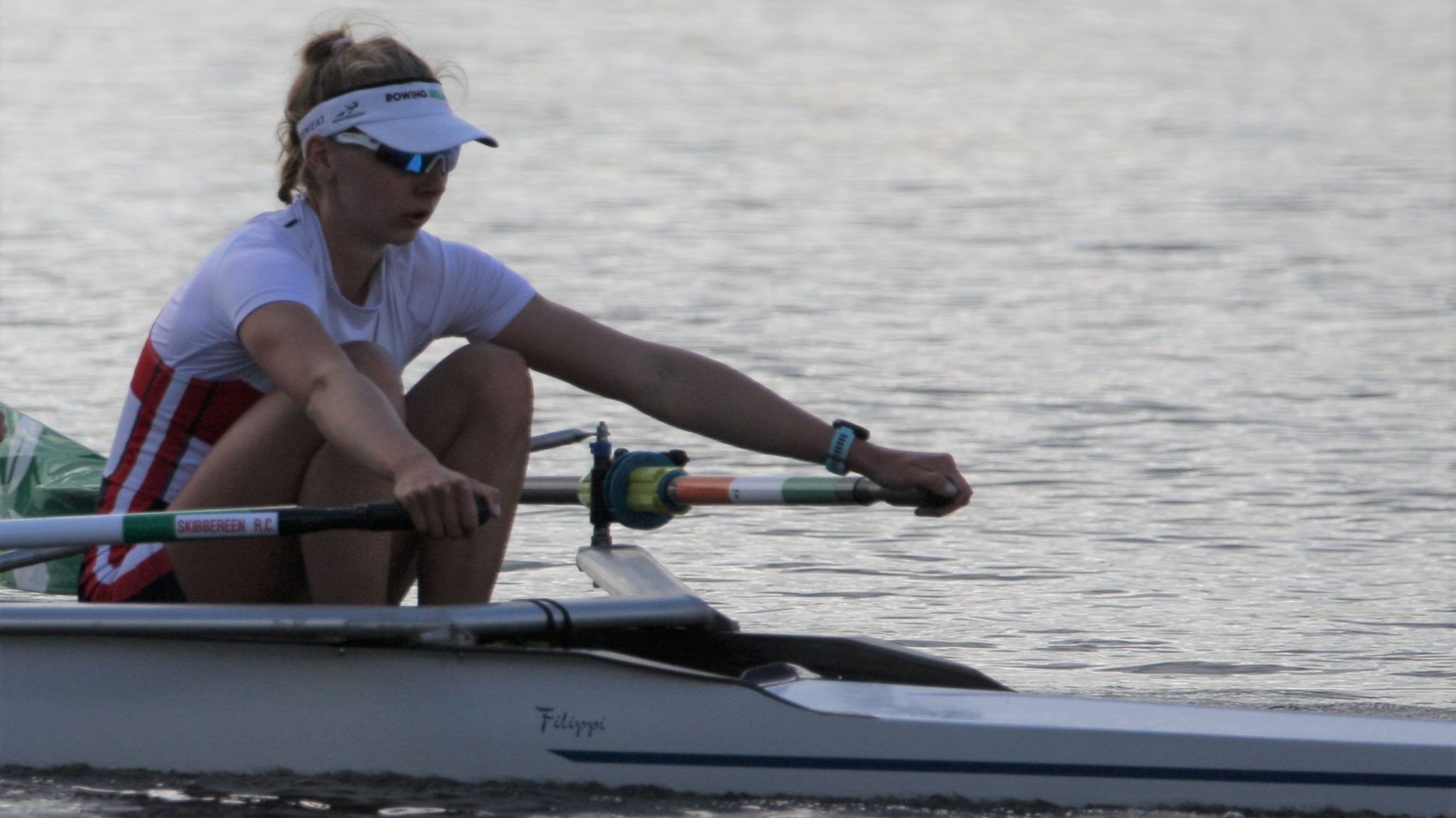 It was the first time Rowing Ireland sent a lightweight women’s pair to an international regatta. The pair (sweeping) – where the rowers use one oar each as opposed to two in double (sculling) – was new to Heaphy, too, but this is where the experience of her boyfriend, Shane O’Driscoll, came in. In 2017, alongside Mark O’Donovan, they were the best in the world in the men’s lightweight pair, so Shane’s advice played its part as Heaphy and Nolan won gold at the Europeans.

‘I had never rowed a pair before in my life, Cliodhna had never really swept before either, and we were put together in the first Irish lightweight women’s pair that was to go to a world stage regatta. It was new to everyone, to Rowing Ireland and us.

‘The experience that Shane and Mark both got from the lightweight pair, he passed on as much as he could. He broke it down and didn’t over complicated it. Our coach (Dominic Casey) has so much experience too. They put so much time and effort into us and it paid off in the end.’

In the A final of the lightweight pair at the U23 Europeans, the Irish boat held off the challenge of Germany and Italy to secure gold – and in a world record time.

‘I remember being really comfortable and then Cliodhna making a call for us to go up a gear and then we just pulled away. It’s such a great feeing when you pull away from other crews, you get an adrenaline rush,’ she says.

It was the perfect send-off to her U23 days. The following month, October, she was in the single scull for the senior European Rowing Championships in Poznan. Here, she won the B final for a seventh-place overall finish.

‘I felt a little bit of pressure because I was coming off winning a gold and I had to prove myself again here. I was nervous in the first few races and that showed in how I raced,’ Heaphy explains.

‘In the last race, I won the B final. I know I didn’t win a medal but I won a final and it was a great feeling because you are pulling away from other crews and it reassures you that you are getting faster in every regatta.

‘Hopefully that will set me up for 2021. We have the World Cups and the Europeans. If I am in the single, I will look to get into the A final and try to be in the mix for a medal. If I am in the double, we will be trying to qualify for the Games.’

Heaphy is part of Rowing Ireland’s lightweight women’s squad, along with Aoife Casey and Margaret Cremen, with Dominic Casey as their coach. The target is to get the fastest Irish double to the final Olympic qualification regatta on May 16th to 18th and hopefully take one of the final spots left at next summer’s Olympic Games in Tokyo. The top two crews will win a place at the Games.

‘Our main goal at the moment is to get the double fast enough to qualify,’ she says.

‘Aoife and Margaret came eighth at the senior Europeans and I was seventh in the lightweight single. We have a competitive group there and we are snapping at the heels of qualifying but there are a few seconds we need to make up. We don’t know who will be in the boat yet, it’s neck and neck between the three of us. If I am in it, I’ll be delighted. If not, I’ll be in the single and I will be pushing on to win medals.’

And even though Rowing Ireland athletes haven’t been able to travel abroad for their usual training camps at this time of year, they’re hard at work at the National Rowing Centre. Heaphy’s loving life right now, coming off the back of a year that highlighted her progression and ahead of a new year that has a lot up for grabs. And she’ll happily make room in her daily time-table for Tokyo, if she can realise that dream.