WE haven’t seen the best of Conor Hourihane with the Republic of Ireland. There have been flashes and moments, but you get the feeling there’s more to come from the Bandon man at international level.

Maybe now, with Stephen Kenny taking the reigns, is Hourihane’s chance to start influencing the national side more and assume the role for Ireland that he has at club level.

Martin O'Neill handed Hourihane his Ireland debut in 2017 but was reluctant to turn to the West Cork man in competitive matches. In the 2018 World Cup qualification campaign, he was mostly on the bench and had brief sub appearances against Serbia and Denmark.

It was only when Mick McCarthy took over as manager in late 2018 that Hourihane was handed a sustained run in the first team – and the initial results were encouraging. He was man-of-the-match in the Euro 2020 win away to Gibraltar and then he scored his first, and only, international goal in the 1-0 home success against Georgia.

Hourihane saw far more game time under McCarthy (a fan of the former Bandon AFC star) and was a regular starter in midfield during the Euro 2020 qualifying campaign, but we didn’t see him at his best. Again, glimpses, but not enough. It wasn’t the stand-out Hourihane who has risen through the leagues at club level, the Hourihane who has become a leader in every club he has played for, from Plymouth to Barnsley to his starring role in Aston Villa’s promotion from the Championship last year.

It was a combination of the structure and playing style under McCarthy that held Hourihane back. The entire Irish midfield struggled to impose themselves on games. Too often, matches passed them by. And in terms of goals and assists, the return was poor.

Considering the lack of creativity in recent Irish teams – the Boys in Green scored seven goals in eight group games in the Euro 2020 qualifiers – Hourihane is one of those rare players we have who can both create and score. He is a creative force. Look at his stats at club level.

When Villa were promoted to the Premier League last season, he scored eight goals in their Championship campaign and provided 11 assists. The season before he scored 11 goals in the Championship for Villa. The campaign before that, when he joined Villa from Barnsley in January 2017, he finished with seven goals and 14 assists. Go back further to when he captained Barnsley to promotion from League One, Hourihane racked up 10 goals and 13 assists in the league. In his first season with Barnsley (2014/15) he finished with 14 goals and 14 assists.

This season, his first in the Premier League, he has scored three goals from midfield and has another four in the League Cup – those seven goals means he is Villa’s second top scorer this season, despite being in and out of the team.

There’s a strong bank of evidence there, over a sustained timeframe, to suggest that Hourihane has the potential to influence the Irish team more than he has. So far, he has one goal – that brilliant free kick against Georgia – to show from his 17 games with Ireland. 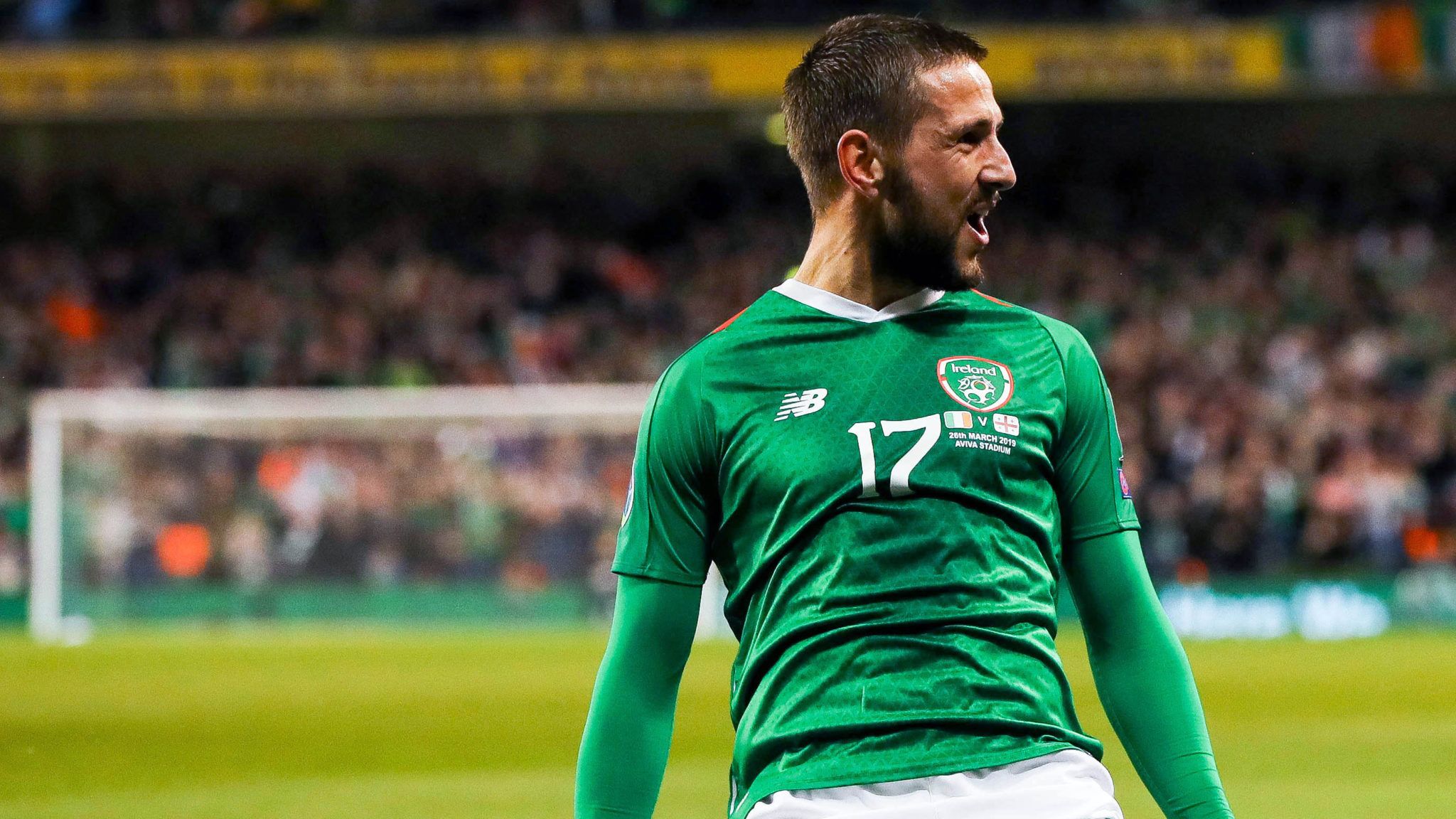 Conor Hourihane celebrates scoring his first Republic of Ireland goal in the 1-0 victory over Georgia in a Euro 2020 Group D qualifier at the Aviva Stadium in March 2019.

Given his wondrous left foot, superb delivery and passing range, Hourihane’s stats should be better.

Stephen Kenny’s arrival as manager is potentially good news for the Villa midfielder as the new Ireland boss used a 4-2-3-1 system with the Ireland U21s. Hourihane could take one of those two holding midfield slots, and he has the ability, with that brilliant left foot, to split defences, find runners down the channels and spark attacks.

Don’t forget Hourihane’s worth from set-pieces too – he is the best Ireland have right now. It’s a weapon that Ireland need to make the most out of.

Kenny’s arrival will revamp Ireland’s style as he puts more of an emphasis on attack than Mick McCarthy did, and it will freshen the squad up (with players from his U21 side knocking on the senior door), but Hourihane will keep his place.

Every player will have to prove themselves again and this is where the West Cork man can excel. Since he left Bandon to move across channel when he was 16 years old, he has had to prove himself, and every time he has come out on top. He dropped down to League 2 and Plymouth before working his way up to become a Premier League footballer. He works hard and trains harder. And he will rise to this challenge like he always has.

Hourihane turned 29 in February. It’s time he stamped his name on this Irish midfield and show Ireland supporters that he can become the creative outlet that this team needs.

The Bandon man can become a key player and he will get his chance to show Kenny what he can do when the international season returns, hopefully, later in the year.

Kenny demands a lot of his players and challenges them to become better. That will be music to Hourihane’s ears, given his mind-set and approach – he is always wanting to better himself and improve, always hungry for more and never, ever content to settle for what he has.

Hourihane can become a leader for a new-look Ireland but he has to take his chance.