Against a strong wind, the Beara club was held scoreless as eventual winners Kilmurry racked up 1-7 at the conclusion of a one-sided opening half.

Although they rallied in the second period, Urhan full-forward Conor Lowney weighing in with 1-5, the damage had already been done.

In a hard-hitting encounter played out in front of a large attendance, Urhan reduced the deficit to four points deep into injury-time after Kilmurry conceded a penalty and Conor Lowney converted.

But the Muskerry champions deservedly took their place in this year’s county junior A football final against Cobh, and they will start as favourites.

‘To be honest, we were very poor in the first half,’ was Urhan manager Martin McCarthy’s honest assessment.

‘It was one of those days where we just couldn’t get going. We were off the pace, off our markers and nothing inside stuck. Things didn’t go our way in the first half.

‘I can’t explain it. We thought we had prepared, trained well and were in good shape coming into it. For some reason, we weren’t at the races in the first half and it proved costly there in the end.’ 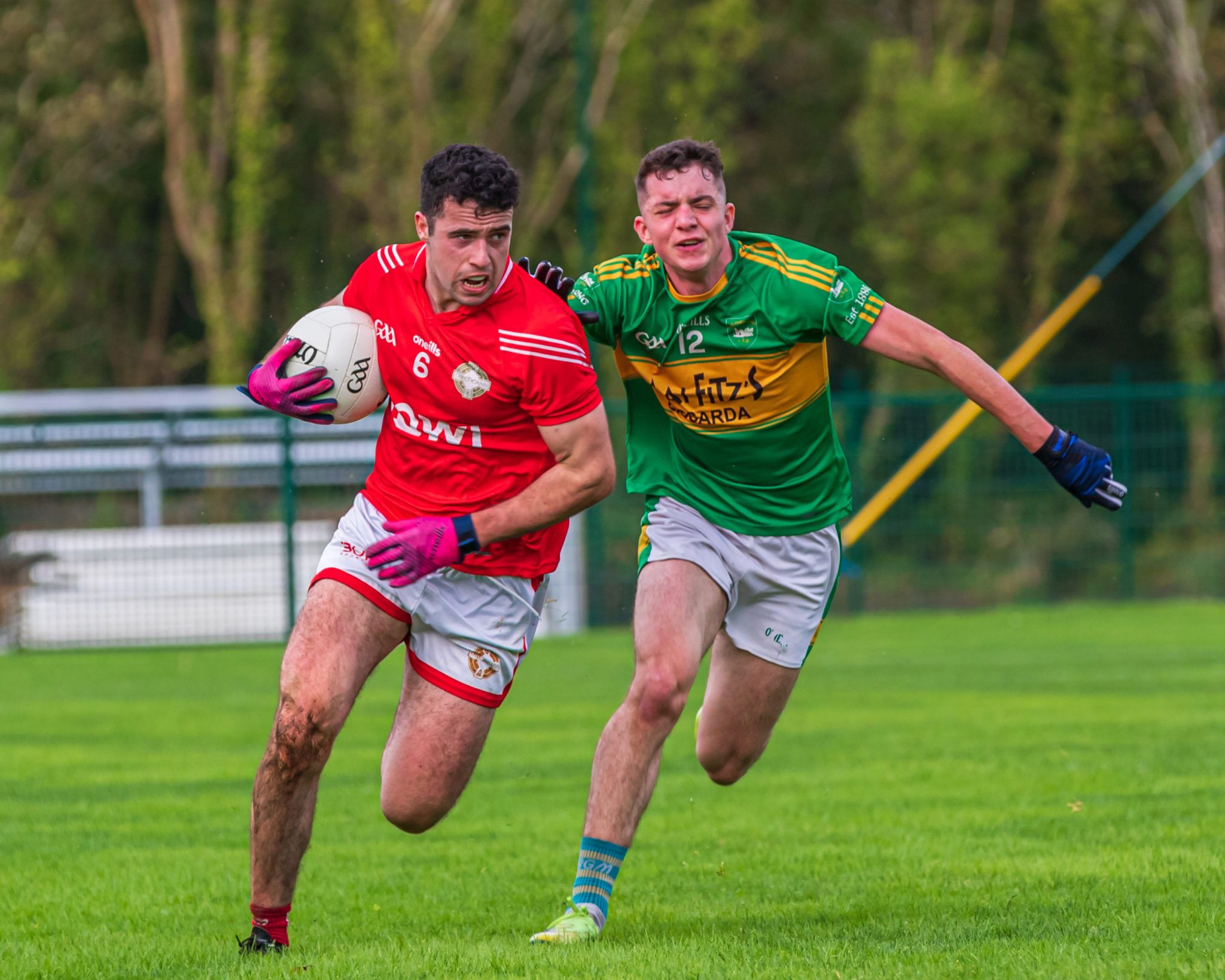 The Muskerry club had the aid of a strong wind in the opening half and made full use of the elements. Liam Wall opened the scoring from wide on the right prior to his precision pass finding Padraig Berhanu. Kilmurry’s corner forward instantly found the bottom corner to make it 1-1 to 0-0 with five minutes gone.

Struggling in every sector of the pitch, Urhan were fortunate not to fall further behind after goalkeeper Ger Dunne made two saves in quick succession.

The Beara club would finish the opening half scoreless after Conchubar Harrington, gaining Urhan’s only sight of goal, missed two frees and saw another rebound off a post.

Take nothing away from an efficient Kilmurry’s excellent first-half display however, as the Muskerry team built a ten-point interval lead. David McCarthy (free), Kyle Kelleher, James O’Mullane and Tomás Collins (free) contributed some terrific points. Liam Wall finished the opening half with 0-3 as Kilmurry changed ends 1-7 to 0-0 ahead.

A county semi-final dotted with plenty of overzealous challenges remained just as physical in the second period. Conor Lowney got Urhan on the scoreboard after 35 minutes before Tomás Collins replied from a free. Scores were harder to come by in the second half and a stop-start semi-final wasn’t helped by repeated fouling and turnovers.

Urhan enjoyed their most productive spell during the final quarter. Lowney added a brace of frees before teammate Dylan Crowley raced through and saw his goal-bound effort hacked off the goal-line by an alert Liam Wall.

Lowney continued to punish Kilmurry indiscretions from placed balls but Tomás Collins (free) and James O’Mullane stretched their side’s lead, 1-10 to 0-4, on the stroke of full time.

A Phillip O’Shea point and Conor Lowney free sandwiched the latter’s converted injury-time penalty. It was Kilmurry who emerged 1-10 to 1-6 winners ahead of their first county final appearance in a decade.