HE wouldn’t call it a regret, but more of a missed opportunity that at the time he didn’t see as an opportunity.

In Ryan Price’s defence, he was 19 years old and enjoying college life when, in the space of a few weeks, he found himself called into Cork City’s U20 squad and then named on the bench for the senior side in a few League of Ireland matches.

If the 29-year-old Price of now could go back ten years, he’d tell the 19-year-old version of himself to open his eyes a bit more at the situation he found himself in. Of course, there’s no guarantee that his brief stint with City’s first team squad would have turned out any different but at least he’d be aware he had a chance to try and grab with those two giant hands that originally led him to Turner’s Cross.

‘It was an opportunity that didn’t feel like one at the time,’ Price reflects, ‘but when I look back now, and as a more mature 29-year-old rather than a young fella enjoying college life, you can see it for what it was: an opportunity.

‘I’m not saying that it would all have worked out differently – because I’ve no complaints how I kicked on with the GAA after that – but now and again I might have those what-if thoughts.’

Before we get to how it all finished up for Price at City after a disastrous night in goal during a challenge game, let’s rewind to the start.

The Skibbereen man is a former Cork number one football goalkeeper and is O’Donovan Rossa’s current shot-stopper, but soccer was his first love. It was his number one sport until he was 20 years old.

Price lived in Bishopstown until he was four years old and then in Dunmanway until he was 12, and in the latter he lined out on the left wing with Dunmanway Town’s U10s.

At U12, in both soccer and football (he played GAA with Sam Maguires), he was moved into goal. When he was 12, his family moved to Skibbereen where his mom, Ann, is from. Here, Price joined Skibbereen AFC and he fell in with a talented bunch.

‘We had a phenomenal team at Skibb, and from U12 to U16 we swept everything up. We had Liam Collins, Mark Collins, Rob McCarthy, Donal Óg Hodnett, David Shannon, it was an incredible team,’ Price recalls.

It was 2008 when Liam Collins and Price went for open trials for Cork City’s U17 squad. Collins made the cut, Price didn’t. The year after, they went again to open trials for the U18s, and fortune smiled on the Skibb teen.

‘By default, I got in,’ Price points out.

‘There were certainly less goalkeepers at the U18 trials. They had another keeper at the time, from Wilton I think, but there was a rule that you could only have a certain number of players from one club so I think City had already filled their quota from Wilton, they couldn’t take the goalkeeper and that’s how I got in.’

That particular Cork City youths team was stacked with talent. Current Burnley and Republic of Ireland defender Kevin Long was the captain. Dunmanway’s Alan Sheehan was a starter, as was Liam Collins. Ballineen’s Gary Twomey was in there too.

‘We literally won everything, the FAI Youth Cup, the Munster Cup and the league,’ recalls Price, who was also a Leaving Cert student that year.

‘There were the four of us from West Cork – Liam, Alan, Gary and myself – and we’d travel up and down to training together on Tuesdays and Thursdays with games at the weekend.’

The higher standard at Cork City was a shock to Price’s system.

‘It took me a few months to find my feet,’ he says.

‘I was coming from West Cork and I hadn’t had any exposure to other teams from outside of West Cork. I hadn’t been on Kennedy Cup or West Cork teams so I wasn’t familiar with what the standard was elsewhere.

‘It was a huge shock when I went in with Cork City because these lads were two or three steps above what I was used to. I did start but I struggled for a bit.

‘They took me out for a while around January and February and once I got back in I was much more comfortable. Sometimes you see that when they take a fella out, it gives him time to compose himself and that’s what I found for me and it worked out quite well.’

City, with Price in goal, beat Salthill Devon 2-1 at Turner’s Cross to win the FAI Youth Cup to round off their dream season. By then the Skibb man had already made the decision to not go back in for the following season.

‘I was going into first year in college, I wasn’t a priority for City and I think they had two or three goalkeepers at U20 who were ahead of me,’ he explains.

So, he went off to college and went back to Skibbereen AFC, with Cork City a memory – but that changed in the summer of 2010 with a phone call from a former team-mate. 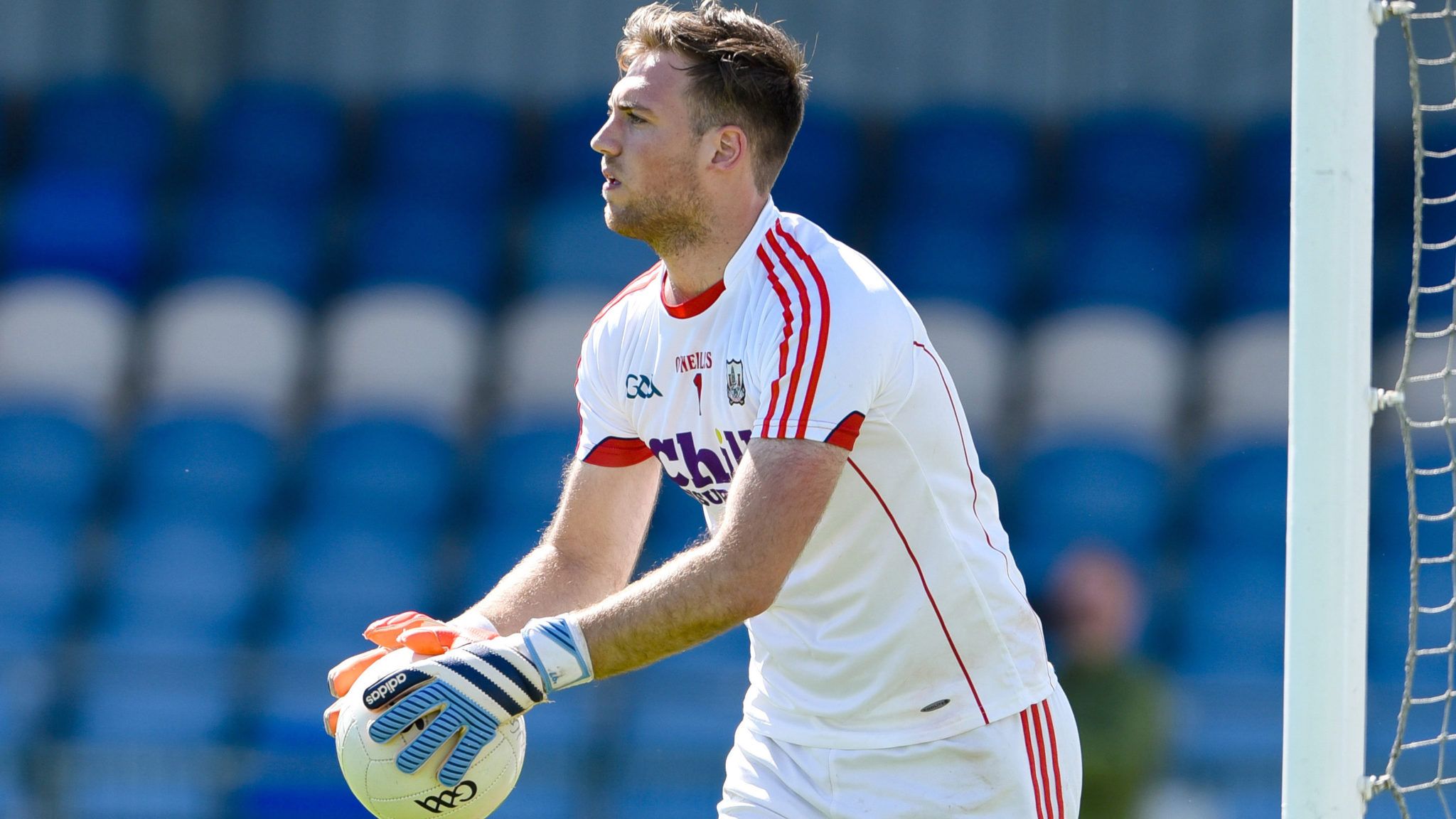 Ryan Price is a former Cork number one football goalkeeper.

‘It was June or July 2010, Alan Sheehan rang me, he had stayed on after the U18s and was with the U20s. They had goalkeepers but I don’t think any had covered themselves in glory and Alan had mentioned my name to Stuart Ashton, who was the U20 manager, and they said they’d bring me up for a look. I said I’d go up for a couple of training sessions,’ Price explained.

There were only a couple of games left for the U20s when Price re-joined City. This was a turbulent time for City on and off the field. It was in turmoil, had faced a winding-up order and was denied a Premier Division licence for the 2010 campaign due to debts owed so they played in the First Division that season. It was FORAS (Friends of the Rebel Army Society), a supporters’ trust, who stepped in to save the club.

‘City were struggling at the time, numbers were bare and the first-team management would pick a few players off the U20 squad when they needed bodies for training,’ Price says.

‘Mark McNulty was the main goalkeeper at the time. City had a second-choice keeper (Jonan Piechnik) who was from Denmark and he had a second job so he missed a lot of training so they always needed another keeper for training. That’s how I got in with the first team, initially to make up the numbers and fill out games in training.’

Price recalls one Thursday night after a training session with the first team, manager Tommy Dunne named his squad for the away trip to Limerick at the weekend.

‘I was walking off the pitch, thinking am I supposed to be listening to this because I was only making up the numbers, and then Tommy named me on the bench. It was the first I heard of it,’ he says.

‘In the space of a few weeks I went from nothing to being on the bench for a few League of Ireland games. It all came out of nowhere, but the senior squad was so bare that they were willing to give fellas a chance to see if they could step up to the mark,’ he says.

Price didn’t get a chance to play for City’s first team but he did in a challenge game against UCC at the Mardyke – and this is where his City story ends.

‘It was a horrible Monday night, they gave a few fringe players the chance to impress, but I was 19 and naïve and I didn’t see the opportunity that it was. I just thought it was a friendly against a Munster Senior League team,’ he says.

‘We lost 4-1, I think, and that was unacceptable for City. I was fairly awful that night, to be honest.’

‘He said that was it, that there was to be no continuation for me,’ the Skibb man recalls.

‘I remember being devastated. It was all within a two-month period and it all happened very fast. My expectations going in weren’t that high but when you get a taste for it, you do want it more.

‘I would have liked to have tested myself in the First Division, to see if I was up to it. When I played with UCC for a few years in the Munster Senior League, I felt very comfortable at that level and didn’t feel overly challenged.’

But as the soccer door closed, the football door opened, and Price hasn’t looked back since.