WHAT do you do when you find yourself 11 points behind after 40 minutes of a Carbery U21A football final, and being out-footballed all over the pitch? You grit your teeth, dig deep and bring out all the pride, tradition and spirit in your famous jersey.

Take a bow Newcestown, who never know when to quit.

What do you do when you find yourself a point behind in injury time, having led by 11? You hand the ball to the best kicker in West Cork football to produce a levelling point from a last-gasp free, to send the game into extra time.

Then drama piled on drama in extra time as first Ibane took the lead and then a Newcestown goal had the St John’s brigade with one hand on the Liam Farr Cup.

But it wasn’t over yet as Ibane refused to accept defeat and O’Donovan became the hero, again, with two marvellous points, an equaliser from 50 metres from play and a winner from a free from an acute angle in injury time.

Little wonder there was great excitement in the Ibane camp as chairperson of the Carbery Board, Aidan O’Rourke, presented the Liam Farr Cup to winning captain, James Moloney, and the players and crowd stayed on the pitch for a long time afterwards as dusk fell.

Not only had Ibane snatched the title but they were completing the U21 double having earlier in the year beaten Newcestown in the hurling final that also went to extra time and also featured a last-gasp winning free. Who said lightning never strikes twice in the same place?

The Ibane Gaels team celebrate with their supporters after defeating Newcestown in the Clona Milk U21A FC final at Clonakilty.

‘As regards those frees, I just enjoy the challenge,’ said a delighted Ryan O’Donovan. ‘I’m in college in Cork now and my club, Barryroe, gave me a bag of footballs. I go most evenings practising my kicking and it pays off. I’m delighted with this win, the top U21 title, as it’s football, and football is my first game. We were stunned when Newcestown came from 11 points down to take the lead at the end, but what else would you expect from Newcestown? They never give up.’

The final in Ahamilla was slow to spark into life, Ibane leading by 0-3 to 0-1 after 15 minutes. The Barryroe/Argideen combination then began to get a firm grip on proceedings, and they were 0-6 to 0-2 in front before they struck the first hammer blow in the 22nd minute – Sean Walsh broke through a number of tackles on a 40 metre solo run to rifle the ball to the net.

Darragh Holland kicked his second point, Ryan O’Donovan accounting for four, and Ibane were 1-8 to 0-2 in front at the break. Throw in a couple of finger-tip saves by Newcestown goalkeeper Eoin McSweeney, and Ibane could have been out the gate.

Ciaran O’Donovan opened Newcestown’s account in the second half but when Ibane’s outstanding full forward Darragh Holland kicked three points in a row, Ibane were 11 points to the good, 1-11 to 0-3, by the 40th minute.

Done and dusted we thought, but not so. 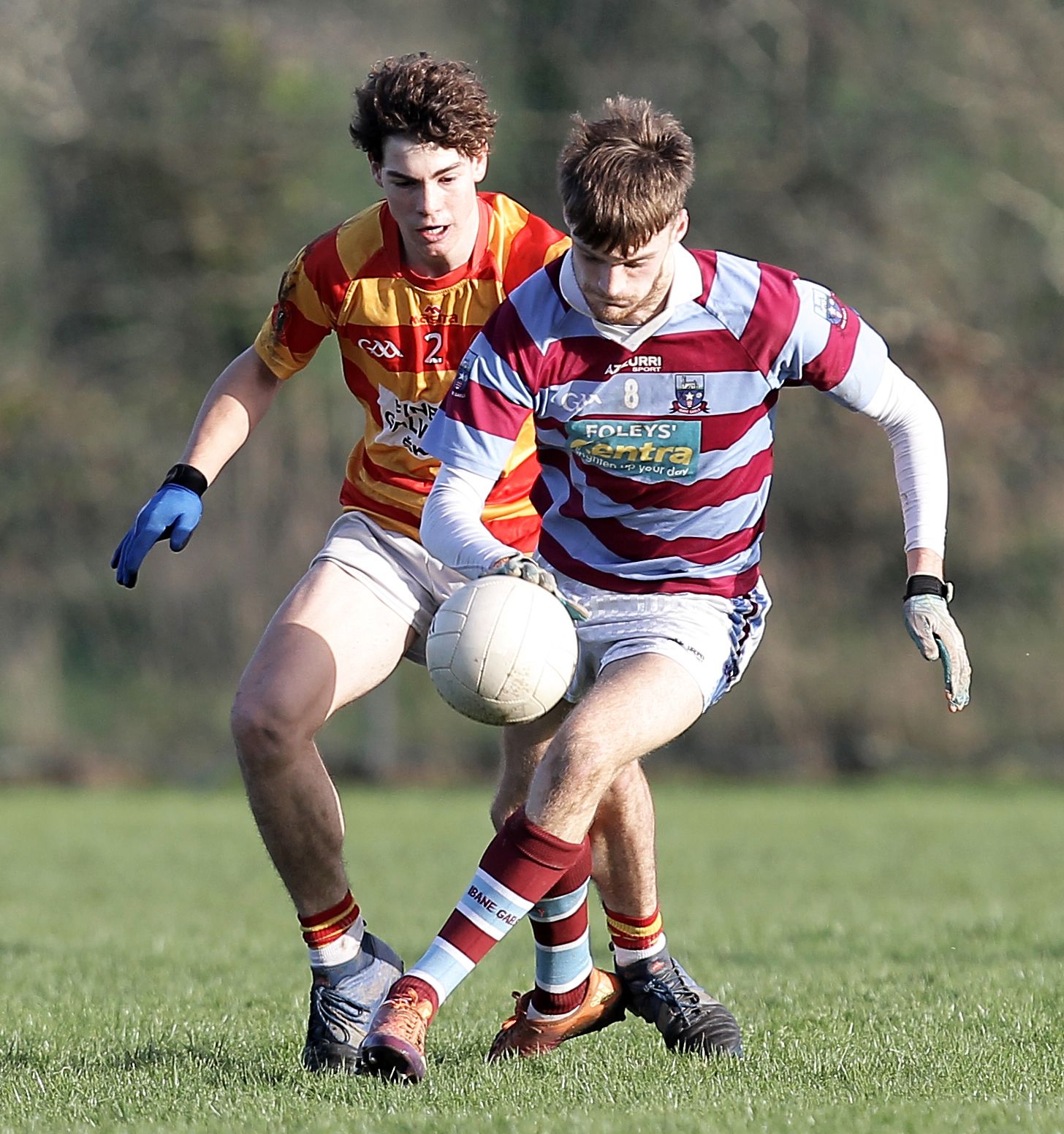 Even though the breeze had died, the switch of centre back Richard O’Sullivan to midfield seemed to work the oracle for the Newcestown lads as he stormed into the game, with county player David Buckley finally beginning to show his wares.

Points from the strong Edmund Kenneally and Buckley began the comeback and then O’Sullivan buried a 30-metre shot in the bottom corner in the 42nd minute and the lead was down to a manageable six.

Holland and outstanding Fergal Ryan seemed to break the Newcestown momentum to end the third quarter but it was all Newcestown now against a tiring Ibane. Four pointed frees in a row from Buckley and a point from play by Olan Walsh and from a 45 by Richard O’Sullivan had the lead down to two in the 56th minute and the large crowd were in high excitement.

Sub Dónal Ó Buachalla seemed to have steadied the Ibane nerves with his first touch, a point, but Newcestown were not giving up. A Buckley free had Newcestown within two again as the game entered injury time. Then pandemonium as O’Sullivan and Buckley combined to set up Ciarán O’Donovan for a sweet goal and, amazingly, Newcestown were in front.

Ibane refused to accept the inevitable and in the 63rd minute Ryan O’Donovan, quiet in the second half, converted a 25-metre free to tie the scores. Final whistle, 1-15 to 2-12, and into extra time.

Newcestown were dealt a big blow when a hamstring injury prevented David Buckley from taking any part for the remainder of the game. Newcestown struck first with an O’Sullivan point but Ibane then led with frees from Ryan and Olan O’Donovan. More drama when Edmund Kenneally manufactured a Newcestown goal out of nothing and it was Newcestown in front, 3-13 to 1-17, at half time in extra time.

Was there anything left in the Ibane legs? It was then Ryan O’Donovan wrote himself into the history books when he pointed a free and then kicked a wonderful equaliser under pressure in the dying minutes.

The dreaded word penalties was on all lips as the game again drifted into injury time, the sides all square, but there was one kick left in Ibane. A free, 30 metres out at an acute angle and up stepped O’Donovan to split the uprights for the winning point, 1-20 to 3-13.

What a game, what a contest with heroes all over the pitch, none more so than Ryan O’Donovan, Darragh Holland and Fergal Walsh of Ibane, and Richard O’Sullivan, Edmund Kenneally and David Buckley of Newcestown.

‘We had to win that game twice,’ admitted an exhausted Ibane manager Paul Holland. ‘You have to hand it to Newcestown but what more would you expect from them? They never know when to quit. Ryan O’Donovan certainly delivered in spades in the end. He’s a special talent, with a lot to learn yet. This is a special group of lads, to come back to win after surrendering an 11-point lead was very special. Most are underage again next season.’