FOR an athlete who lives and dies by fractions of a second, Phil Healy felt the timing was right to plan for life after sport.

In October she started a full-time job as an output engineer for Sun Life, a Canadian life insurance company with its Irish base in Waterford, where Healy currently lives.

The Tokyo Olympian is hell-bent on competing at the 2024 Games, but she’s also aware of life post-Paris.

She will turn 30 years old in the November after the next Olympics.

‘Sport isn’t going to last forever so I wanted to make a change,’ the Ballineen Bullet explained.

‘For me, if I go to Paris I’ll be pushing on to 30 and I don’t want to be starting my career at 30. I want to start now, because I am going in at graduate level, building the experience over the next two years before I can really push on after Paris.’ 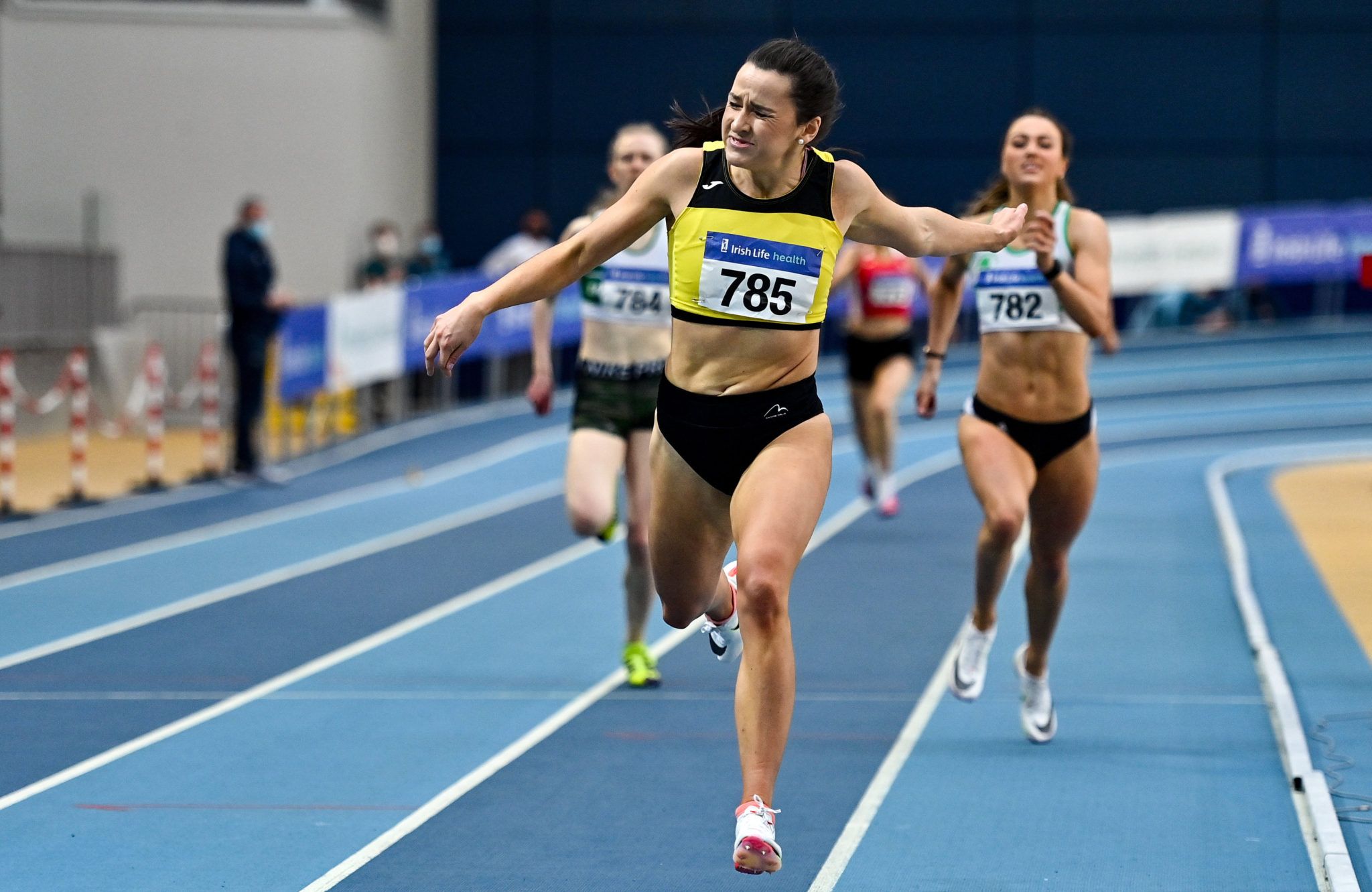 Working for Sun Life ticks so many boxes for 28-year-old Healy. Its Irish HQ in Waterford city is five minutes from where she lives. She works from home; her front room is her office space. This new role also offers her the flexibility she needs to stay at the top of Irish athletics, and she feels she can balance both work and athletics. Importantly, Healy also has an income now, too.

‘I receive €18,000 per year in the Sport Ireland carding scheme, but it won’t stay at that every year. It could be dropped,’ she said.

‘You can’t live your life out of €18,000 when all your expenses are taken out. It’s not possible when you're travelling here, there and everywhere for training camps and competitions. You can’t make a living and save for the future as well. You need to make an income somewhere else.

‘That’s a downfall to the system we have here. Yes, you want to be a professional athlete and perform at the highest levels, but it’s not always possible either. I’m very grateful too to have great sponsors on my side to help me.

‘Starting this new job wasn’t just purely for the financial side of it either, the career development is important to me. I don't want to be 30 years old and starting off my career. I want to start now.

‘As you get older, you start to think about getting a mortgage and having security. This opportunity came up. IT is my area of interest, so I took it. It creates a lot of structure, too. It is full-time, but I have balanced it well so far and it hasn’t impacted anything.’

Her hope for 2023 is for a more consistent year than her frustrating 2022 that started so well with her best indoor season yet, was then hit by Covid just before the World Indoors (where she still finished 11th in the 400m), and that had a knock-on effect on her outdoor season that never caught fire.

‘I have been to a major championship every year since 2013 – apart from the Covid year – and I think last summer my body went, “right, I’ve had enough”,’ Healy admits.

‘Everyone goes on about post-Olympic blues, but I was like that can’t happen, so I put my head down after Tokyo, focussed on the next year and didn’t let myself get complacent. Maybe it was stubbornness on my part that I went full steam ahead, and then that’s why I crashed after the World Indoors.

‘My body wasn’t responding the way it should be – one day it was good, the next it was poor. Then we got into a rhythm where things were good, but we lost that consistency again. The key to successful training is consistency, and when you don’t have it, it is hard to get back.

‘You don’t have time either to take weeks off because you are chasing the next championships, which for us was the Europeans. My body probably was a bit burned out.’ 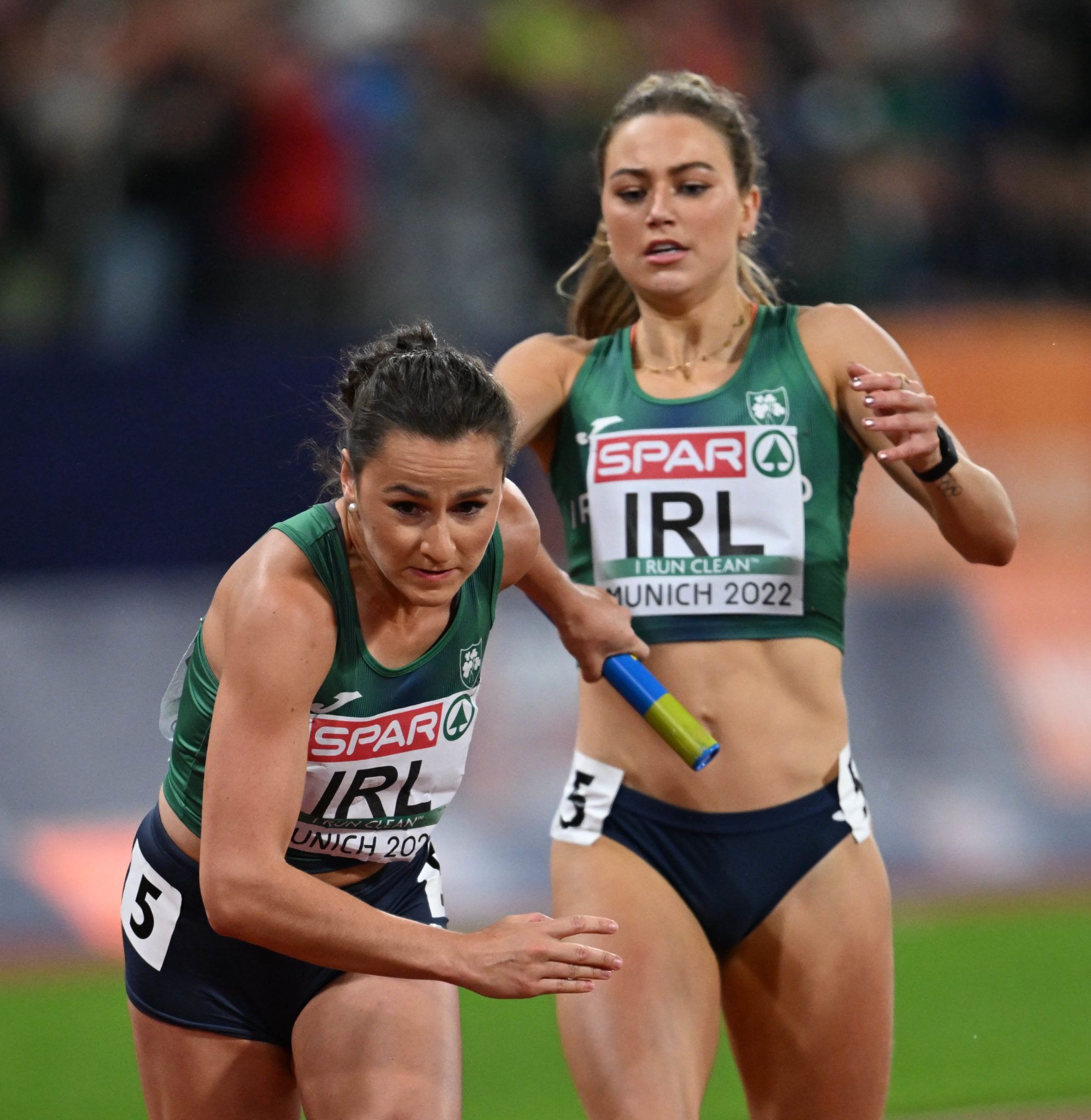 Phil Healy in action for the Irish women's 4x400m relay team at the 2022 European Championships in Munich.

Her performance in the women’s 400m heat at the European Championships in Munich last August was her lowest moment of the year. There were behind-the-scenes struggles with her Achilles that had flared up, but she doesn’t offer that as an excuse for her sixth-place finish in a time of 53.10. Her PB is 51.50. She noticeably struggled down the home stretch.

‘At the Europeans you are exposed at the highest level, so when you have your worst performance of the year, that is very hard,’ she admits.

Her Munich experience sums up her season. A bad run on Monday. Bounced back in the women’s 4x400m relay on Friday, as they qualified for the final in Irish record time. Faded in her final 50 metres in the final on Saturday. There was no consistency.

‘Last summer they were average performances. There was nothing lightning. It was inconsistent. One day the body felt good. Other days it didn’t. It shows you need to appreciate the good times even more because it doesn't happen all the time. For me it was about parking it and driving into next year, and not wallowing,’ Healy explains.

She took a full break after the Europeans. Time to switch off. No training. Let the body and mind rest and recover.

‘It lets your body bounce back up again,’ she explains. ‘I did have to keep up my calf rehab to make sure my Achilles had settled. Other than that I switched off big time. I did whatever I wanted, ate whatever I wanted … because if you don’t let your body have that switch off you are continuing that whole cycle again. It’s important to reset before going again. This is the year when you qualify for Paris. This is the year where you need to be on your game again.’

Healy’s feeling good. Her Achilles issue has settled. She’s balancing work and training, and that new structure is keeping her focussed to make the most out of every session. But while she’s planning for life after sport, West Cork’s fastest-ever woman is not finished yet. She’s determined to bounce back in 2023. Watch her go.