He'll be back: Former Ireland International Rules manager Paul Earley has backed Cork's Brian Hurley to find his best form for the Rebels once he is played in the right position. 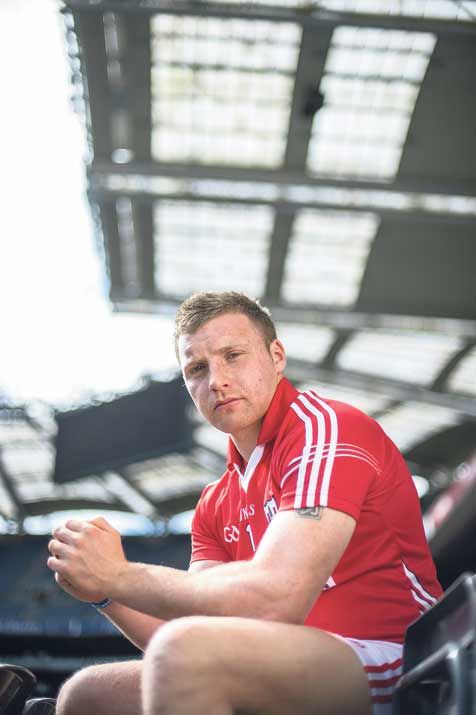 He’ll be back: Former Ireland International Rules manager Paul Earley has backed Cork’s Brian Hurley to find his best form for the Rebels once he is played in the right position.

IF he’s deployed closer to goal, Brian Hurley has the ability to be the Rebels’ match winner in Saturday’s Munster final replay, according to former Ireland International Rules manager Paul Earley.

The Castlehaven forward is struggling to find his best form for Cork of late and made little impact in a deeper role in the drawn provincial final against Kerry, but Sky Sports GAA analyst Earley believes that Hurley has all the attributes to trouble a suspect Kingdom full-back line.

Earley feels that Hurley’s talent is not being maximised when he is asked to go out towards the half-forward line and middle third to get on the ball, and instead he would like to see the 23-year-old positioned a lot closer to goal and closer to Colm O’Neill.

‘Sometimes all it takes for a player when things aren’t going their way is just to persist and not to lose confidence, and for a management team to put their arm around the player and keep him focussed and remind him how good he is.

‘I don’t think Hurley adds any value to Cork out the field like he was in the drawn game (against Kerry). He’s not going to do damage when he gets the ball in those deep positions. There are plenty of other Cork players who can do that job.

‘Hurley needs to be played closer to goal where he is more dangerous. I’d even play him closer to Colm O’Neill because O’Neill can win his own ball, and if he doesn’t win it, it will break, and Hurley will be close enough to snap it up.

‘That would add a variation to the Cork game. As well as their running game that they play very well, if they kicked some good, quality ball in from 40 yards to inside forwards like Hurley and O’Neill, it will keep Kerry on their toes.

‘The Kerry full-back line didn’t look as strong as they would like it to be in the drawn game, and that’s why playing Hurley closer to goal could make a huge difference.

‘Get Hurley in there, kick a few early balls into him on Saturday and get him into the ball quickly because he is dangerous, he can win his own ball, he has good hands and good feet.

‘As far as I am concerned you play those players closer to goal and not out the field, like I saw in the drawn game.’