THE foundations for Sacred Heart Secondary School’s success were laid in the opening quarter of the Munster Colleges’ Junior A Camogie final at Castle Road in Mahon.

Although they always looked likely to prevail after forging 2-3 ahead, however, they were made to battle hard for the laurels by Ursuline Convent of Thurles at the same time, as Clonakilty manager Brian Daly admitted in the wake of their historic triumph.

‘We had a brilliant start, as was the case in all our games this season when we knocked the stuffing out of the opposition early on,’ he revealed.

‘It was a different story this time, because Ursulines kept battling, they put us under a lot of pressure, but, while we appeared to be hanging on at times in the second half, we got there in the end, and we’re delighted.

‘It’s a first Munster junior A title for the school in our first year competing in the top grade, so we’re very proud of our achievement,’ said Daly, who spoke glowingly about the input from the defence.

‘Even if we did concede two goals, our backs were unbelievable, because they cut out the danger so many other times when Ursulines came at us strongly in the second-half.’

Such as Niamh Kennedy, Kate O’Donovan and Alannah O’Brien were especially unyielding in front of Siofra Patwell, who always inspired confidence between the sticks and brought off a superb save from Ursulines’ top forward Lucy Kavanagh in the 33rd minute.

Leading by eight points at the time, it was obvious Sacred Heart had a fight on their hands after Kavanagh goaled for the Thurles students to make it 2-4 to 1-3 seven minutes later.

Switching Eimear O’Brien from full-forward to centre-back helped to galvanise the winners’ rearguard in the last-quarter, however, with the result that Ursulines, despite enjoying the better of matters territorially, managed to register just one more score before the finish.

That was another three-pointer from Kavanagh, which left them 2-6 to 2-3 in arrears approaching the last ten minutes.

Eimear O’Brien’s free-taking expertise enabled Sacred Heart to ease to safety in the closing stages, sealing a pillar-to-post win kicked off by an opportunist goal from Katie O’Driscoll within seconds of the throw-in.

An excellent point from hard-working midfielder Millie Condon followed before O’Driscoll found the net again, finishing with style after slipping her marker and racing in from the right in the fifth minute.

O’Driscoll and Eimear O’Brien moved most menacingly in Sacred Heart’s inside line of attack during the opening exchanges – the latter making it 2-3 to nil after landing a good score from play in the 16th minute.

Caoimhe Murphy also made her presence felt at centre-forward as Sacred Heart looked equipped to fashion a facile victory before Ursulines dug deep to stop the rot in the second quarter.

Fortunately for Sacred Heart, who didn’t waste a chance before the break, Ursulines clocked up five wides in the first-half, at the end of which they trailed by 2-3 to 0-2.

Katie O’Driscoll drew first blood for Sacred Heart within two minutes of the turnover, but Ursulines steadily increased their momentum as the second half progressed, so much so that the West Cork girls didn’t add to their tally until the 46th minute.

Eimear O’Brien converted a free, won by Millie Condon, to give Sacred Heart a five-point cushion, 2-5 to 1-3, at that juncture, and, primarily due to their defiance in defence, they remained on course for victory in the last quarter. 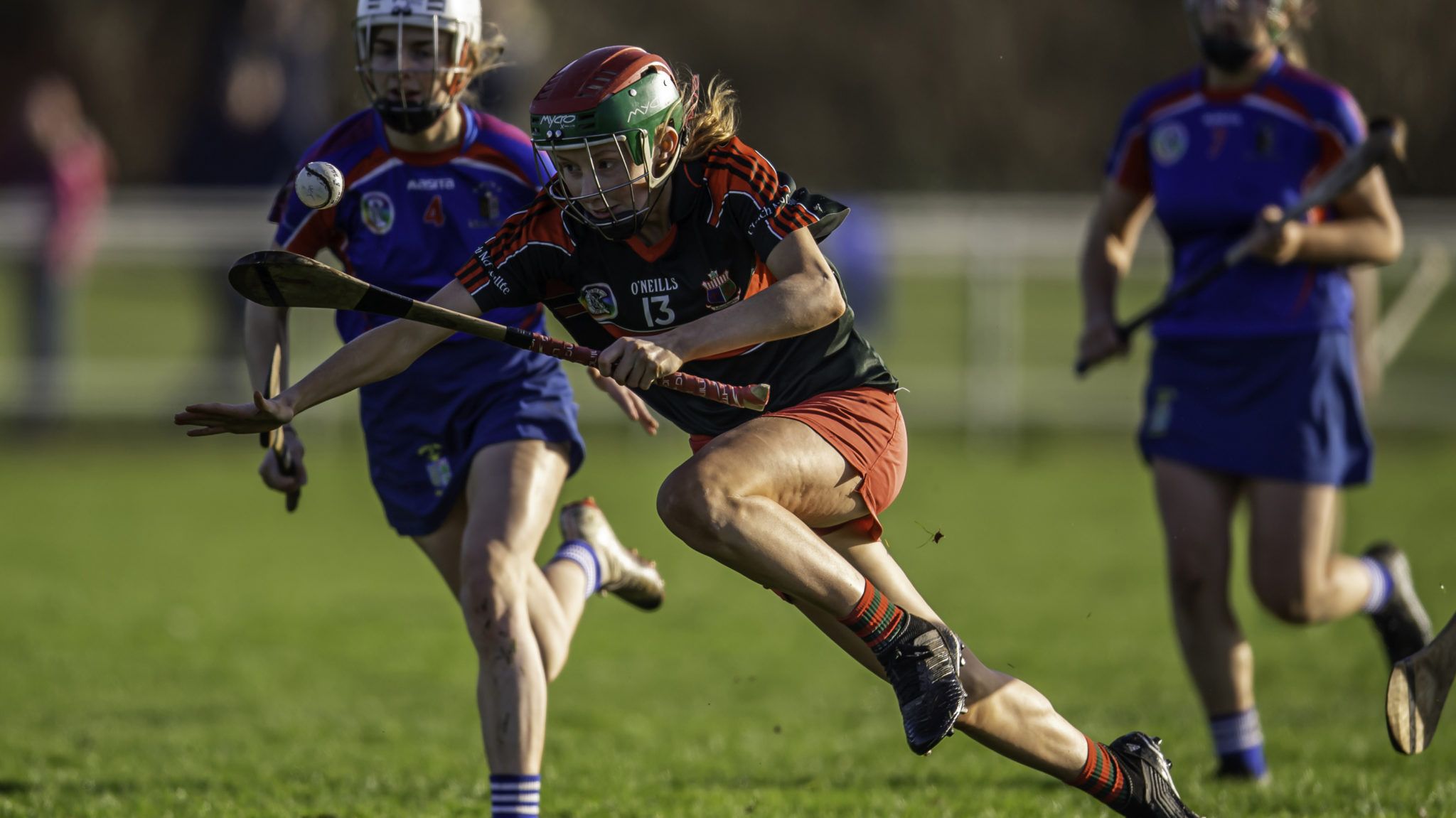