Clicking smoothly into top gear towards the end of the first-half, Castlehaven transformed a one-point deficit into a eight-point lead, suggesting they were ready to see off the challenge from last season’s senior A kingpins Mallow with the minimum of fuss.

It wasn’t exactly plain sailing for the south-west men in the second-half, however, as their advantage had been trimmed to four points with ten minutes remaining.

The fact that they were operating with 14 players, with centre-back Damien Cahalane having been red-carded in the 35th minute, meant they had further reason for apprehension at that juncture. 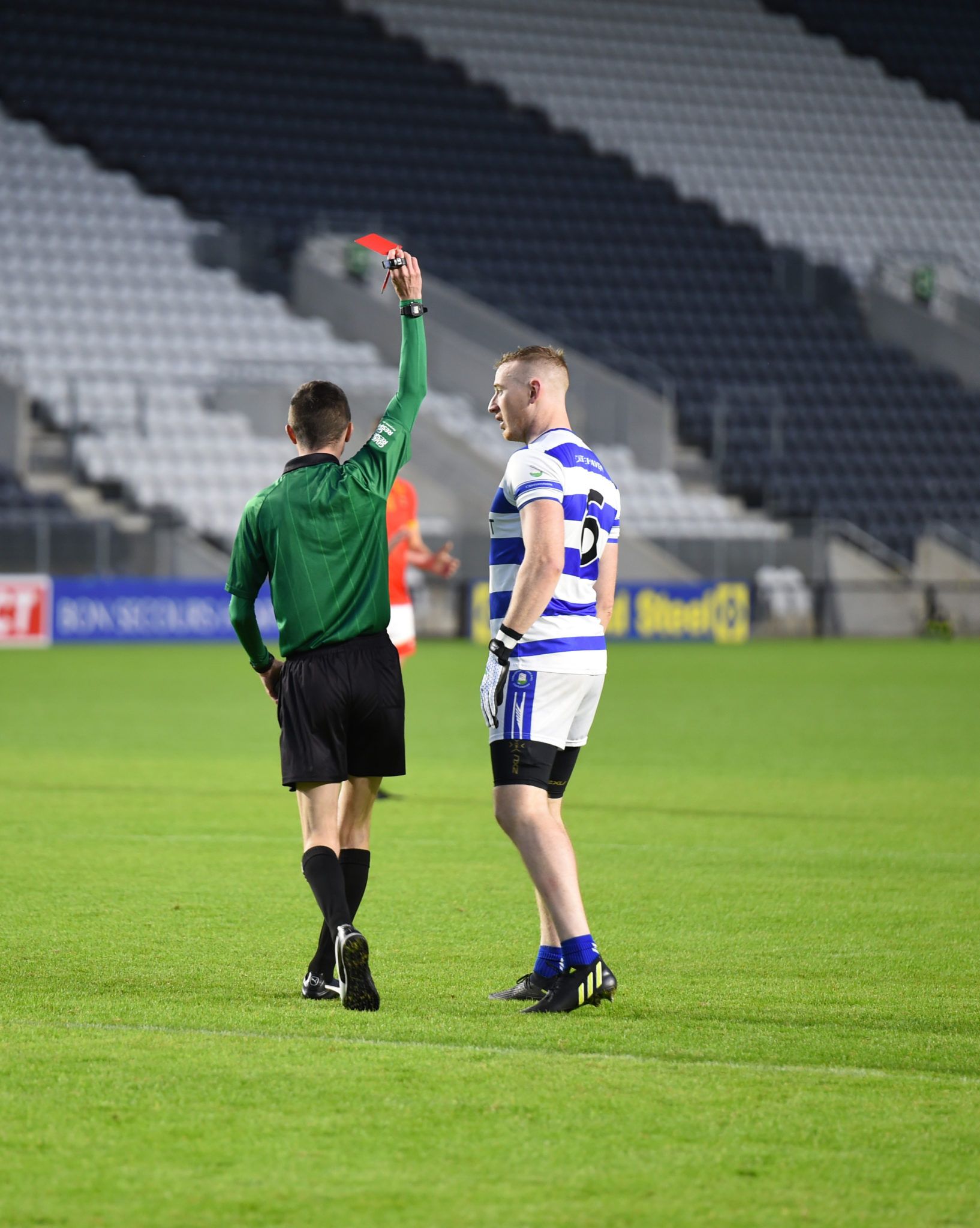 ‘Haven manager James McCarthy revealed he was a bit worried at that stage, but he was pleased with the way his charges got back on track.

‘I thought we were fairly comfortable in the closing stages, we won the match by seven points, which is a good result any day of the week,’ McCarthy pointed out, adding there were mitigating reasons why his side relinquished control in the third-quarter.

‘We lost Jack Cahalane, Damien Cahalane and Mark (Collins) in the space of about four or five minutes, and not too many teams could sustain that sort of handicap.

‘When Mark came back on, he steadied the ship from centre-back, and, even when we were down a man, I thought we worked very hard, so it was a good performance on the whole.

‘To be honest, I was very confident at half-time, because it takes a lot of energy to come back from eight points down, and I was satisfied we’d contain Mallow.

‘Having said that, we’d be disappointed with our start in the second-half,’ he admitted.

It was obvious from the outset Mallow were ready to make a bold bid to upset the odds, and their admirable tenacity brought results as Castlehaven struggled to settle into a rhythm during the opening quarter.

Denied an early goal when Brian Hurley had a shot cleared off the line by Mallow defender Mattie Taylor, the ‘Haven twice led by the minimum before points from Ryan Harkin and Kieran O’Sullivan pushed Mallow 0-4 to 0-3 in front with 19 minutes gone.

While both Harkin and towering full-forward Sean Hayes made their presence felt up front for Mallow, the threat from the Haven attack looked a bit more widespread, with Andrew Whelton, Cathal Maguire and Jack Cahalane moving with particular menace.

Following O’Sullivan’s point for Mallow, Andrew Whelton expertly gathered the resultant kick-out to launch an attack completed by a goal from Robbie Minihane, whose probing delivery from the right wing caught the Avondhu side’s ‘keeper off guard and dipped delightfully under the crossbar.

That there was an element of good luck attached to Minihane’s goal is beyond dispute, but it prompted Castleaven to turn on the style in no uncertain manner.

Points from Cathal Maguire and Jack Cahalane quickly followed before the Mallow defence was unhinged by a snappy raid that saw Robbie Minihane and Cathal Maguire combine to set Michael Hurley up for the ‘Haven’s second goal.

It took a splendid save, at the expense of a ‘45, by Mallow ‘keeper Kevin Doyle to prevent Jack Cahalane from bagging a third in stoppage time.

Brian Hurley pointed the resultant chance to make 2-7 to 0-5 in Castlehaven’s favour at the interval, and, with the Hurley brothers and Minihane also showing up well before the break, the Mallow defence looked destined to endure a torrid time in the second-half.

After picking up a knock, Jack Cahalane didn’t reappear for the second-half, and he was soon joined on the bench by Damien Cahalane, while Mark Collins was also sidelined for a spell with a blood injury.

To what extent those developments caused Castlehaven to surrender the initiative is hard to say, but Mallow must be credited for battling their way back into contention at the same time.

Had they been more economical with their chances, they could have made further inroads on the deficit before the Haven gradually eased to safety, with Brian Hurley and Conor Cahalane completing a couple of well-worked moves late on to underline their greater proficiency when on the offensive.