The Clonakilty squad that defeated Castlehaven in the Rebel Óg West U17 Division 1 final at Moneyvollahane.

CLONAKILTY and Castlehaven produced a cracking Rebel Óg West U17 Division 1 final won by the Brewery Town in Moneyvollahane.

Two sides with bright futures ahead of them underlined the quality of West Cork’s emerging football talent with a memorable encounter that went down to the wire.

Moneyvollahane’s well-prepared pitch and floodlit facilities formed the perfect backdrop to a Rebel Óg U17 decider played out in front of a large attendance.

Clonakilty controlled the opening period and led 0-5 to 0-1 after 19 minutes. Darragh Gough (three), Aaron Cullinane and John O’Donovan (free) were on target with Daniel Cleary notching the Haven’s first score. Cleary got his team back in the game courtesy of a smashing 20th minute goal but it was their opponents who led 0-9 to 1-3 at the break. Three more Gough scores plus a Fergal Murphy effort for Clon, while Michael Maguire (free) and Shane O’Connell (mark) kept the hosts in touch at half time. Jack O’Neill and Míchael Maguire (free) reduced the deficit during a scrappy but closely-fought third quarter. Shane O’Regan was called upon to make two vital saves as Castlehaven surged forward during the closing stages.

Excitement reached fever pitch as John O’Donovan (free) and Jamie O’Driscoll scored at either end heading towards the final whistle. Clon led 0-10 to 1-6 with five minutes remaining but Castlehaven kept pressing forward and drew level when William O’Donovan split the posts a minute from full-time. 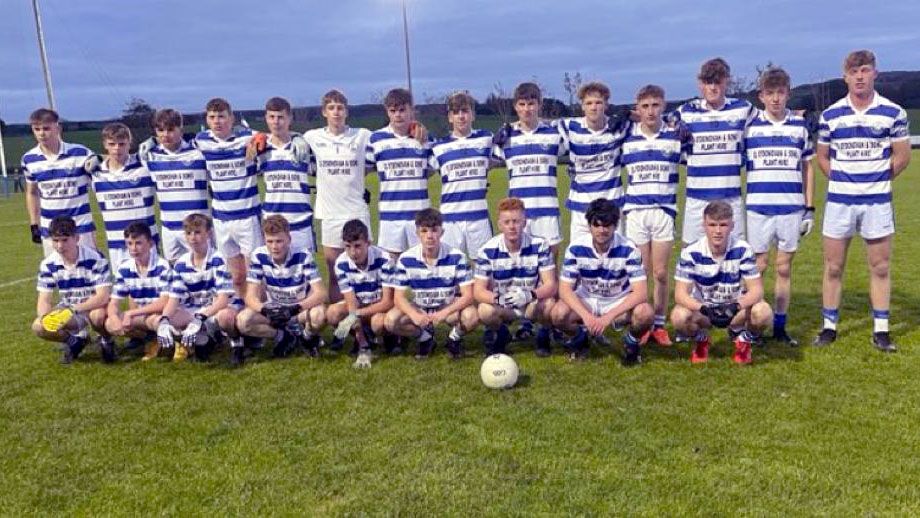 The Castlehaven squad that lost to Castlehaven in the Rebel Óg West U17 Division 1 final.

There was still time for one final twist to a marvellous contest as Clonakilty conjured up another score. Darragh Gough floated over a terrific right-footed effort, taking his personal total to 0-7 on the night, and edged his team back in front.

The drama didn’t end there as Castlehaven were awarded one final chance to earn a draw and force a replay. A long range free failed to find the target however, and Clonakilty held on for a 0-11 to 1-7 victory.