TRY and follow that – that’s the challenge for the established stars of West Cork athletics after the next generation’s gold rush at the Irish Life Health Junior & U23 Championships last weekend.

The national senior championships will take centre stage this Friday to Sunday, and it will see Phil Healy, Darragh McElhinney, Shane Howard and Nicola Tuthill all look to defend their national titles, but last weekend it was all about the new stars of West Cork athletics who lit up Morton Stadium in Santry.

Bandon AC rising star Fionn Harrington (18) continued his impressive form of late when he won the junior men’s 3000m steeplechase title in 9:23.83. Harrington recently acquired the European U20 Championship standard for the 3000m, and that competition will take place in Talinn, Estonia in mid-July. 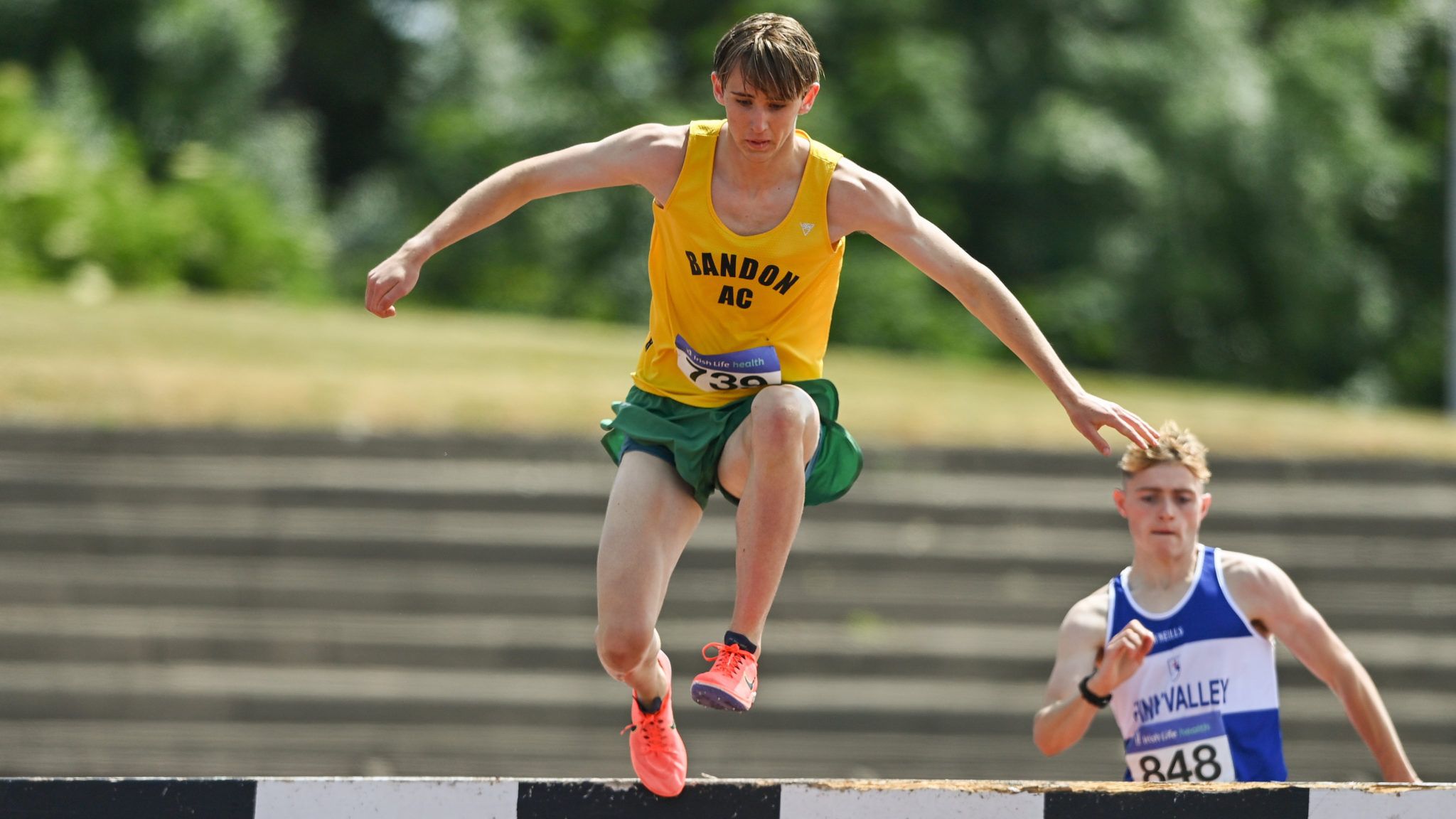 Another local athlete who hopes to compete at the European U20s is talented Doheny AC runner Maeve O’Neill (17) who has also been in eye-catching form in recent weeks. The previous weekend at the AAI Games O’Neill won the 400m (55.69) and came third in the 800m (2:09.12), both PBs, and at last weekend’s national junior championships she comfortably won the women’s junior 800m in 2:10.73 after a dominant performance on Saturday.

O’Neill followed that up with a silver medal in the women’s junior 400m the following day, narrowly missing out on gold by 0.13 of a second. She plans to be in action at this weekend’s senior championships as she chases down the 800m qualifying standard for the European U20s.

Another talented Bandon AC sprinter Lauren McCourt looked very impressive when she powered to gold in the junior women’s 200m last Saturday. Her winning time was 24.45. McCourt has also been in good form at the recent AAI Games and the MTU Track Night.

Current Celtic Ross Hotel West Cork Junior Sports Star Nicola Tuthill was a very impressive winner of the women’s junior hammer last weekend. Her fifth throw of 59.74 saw her win this event by some distance, over ten metres ahead of her closest rival. The Kilbrittain teenager has also thrown over the 59.03m qualifying standard for the European U20s – and the competition will be her main target in July. Tuthill recently recorded a new PB of 61.46m at the AAI Games and is focussed on defending her senior national title this weekend.