GARY O’Donovan didn’t mope around and sulk when he lost his place in the Irish men’s lightweight double last summer.

He’s been true to his word.

Even before Paul O’Donovan and new double partner Fintan McCarthy, another all-Skibbereen combination, won gold at the 2019 World Rowing Championships last September, Gary already had four months of ‘excellent training’ under his belt. He went on to finish tenth overall in the men’s lightweight single sculls at the Worlds, but since he lost his place in the double after trials in May 2019, the plan has always been to get back in.

‘You can do two things – you can just sit there and not be in the boat or you can drive on, train hard and try and get back in the boat.

‘I’m not sitting around and worrying, thinking “what if this happens?”, “should I have done this?” or “what if I did that?” because the reality is that Fintan was faster than me last summer, he got in the boat and they won gold.’

Gary has always been forthright. Always honest. And he was never just going to give up and accept defeat. That’s not how rowers coming off the Skibbereen Rowing Club production line are programmed. That’s not the mentality that coach Dominic Casey would tolerate.

Since last summer, Gary has been training hard to earn his place in the Irish lightweight double that he and Paul made famous. In some ways, Gary is a victim of his own success. Given what the Lisheen lads achieved in this boat in recent years – Olympic silver (2016) and world gold (2018) – there was always going to be increased competition for their two seats.

‘We said it there for years, after the Olympics in Rio and the world championships, that there’s an incentive for up-and-coming rowers to train hard and try to get in the boat because it’s winning,’ the 27-year-old explains.

‘The same applies now. If I can beat either Paul or Fintan out of the double, then I can make the fastest double in the world even faster. In theory, there are gold medals to be won. That’s a huge motivating factor.’

Gary’s not short of motivation either. He’s locked in a fascinating Skibbereen battle for seats in the Irish lightweight double. Four-time world champion Paul, 2019 world champ Fintan McCarthy, his twin brother Jake, and 2017 world lightweight pair champion Shane O’Driscoll (also Gary and Paul’s best friend and neighbour) are Gary’s competition. It’s the Top Gun of rowing, they are the best of the best.

‘The standard is here in Skibbereen for the lightweight double.’

We should have known that Gary was never going to go away quietly after he lost his seat in the Irish double. That was a tough blow to absorb last summer. The O’Donovan brothers are a package deal. Gary and Paul. Paul and Gary. Two Lisheen lads who are known throughout the country by their first names. But at last year’s World Championships, it was Paul and Fintan. No Gary.

There were reasons for that, though. Gary got injured in early 2019, it held him back at the start of the year and he wasn’t fit and fast enough when it came to the selection trials. Fintan was faster, took the seat and grabbed his chance by winning goal with Paul and qualifying the boat for the Tokyo Olympics.

But Gary’s shoulders never slumped. Instead, he emerged from 2019 an improved rower, benefitting from his time in the single scull because instead of depending on Paul’s knowledge, focus and drive in the double, Gary took on more responsibility to make himself faster, not doing what Paul told him to do to go faster. Gary became more independent.

‘Dominic (Casey) has been saying it’s the best thing ever to happen to me. It might be,’ he said after last year’s worlds.

There’s a resilience to Gary that’s not noticed as much as Paul’s, given the younger of the two is the best lightweight rower in the world and has enough gold medals to tile a bathroom. Gary has constantly been in Paul’s shadow. Paul’s a different animal to every other rower so Gary’s not alone there, yet he’s never stopping chasing Paul on the water either. And he’s earned his rewards – like in 2018 when he became a world champion alongside Paul in the lightweight double.

Before that he had watched Paul, Shane O’Driscoll and Mark O’Donovan, the Skibb lads in the gang he grew up with, all win world gold, but before 2018 Gary had never even raced in a world final or been in contention for a world medal before – not at junior, U23 or senior levels. He was in danger of being left behind. His response was to get into the best shape of his life and win world gold.

Now he faces another challenge to win a seat in the Irish lightweight double – nearly certainly beside Paul who is viewed as a sure bet to fill one seat – but Gary has shown before he can rise the occasion. He’ll have to again. 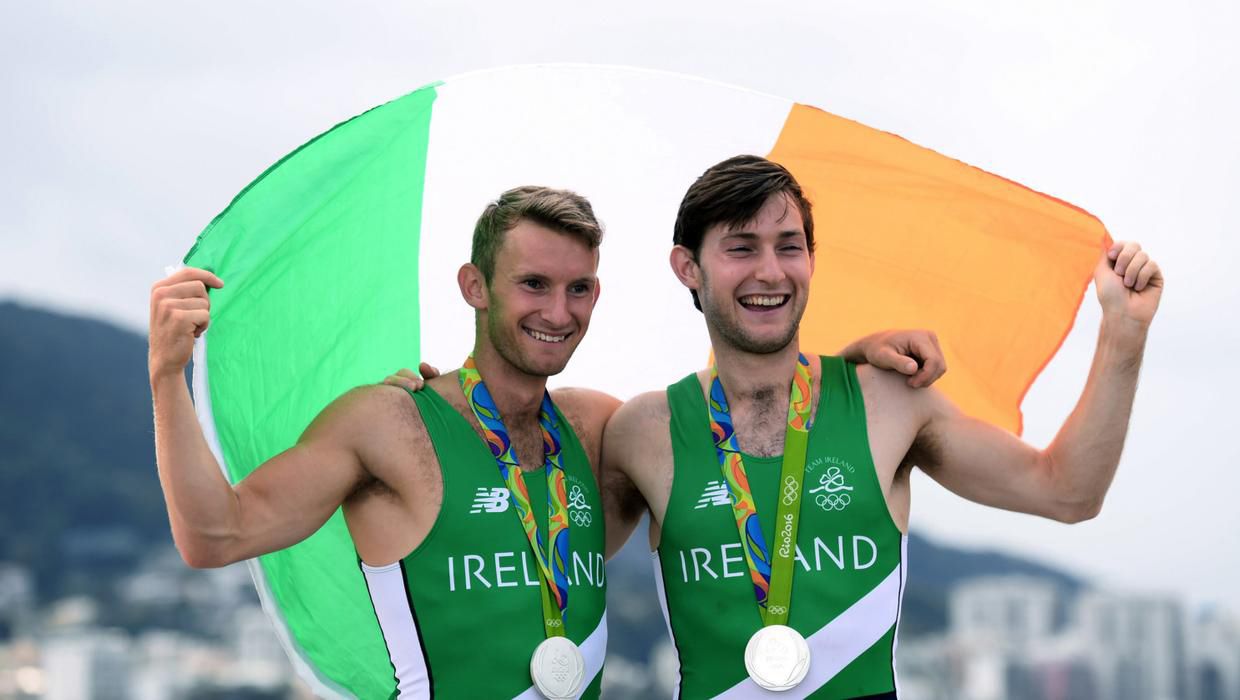 In theory, that’s good news for Gary. It gives him an extra year to prove he’s fast enough to retake his seat in the Irish double. But the same applies to everyone else.

‘We have a really good thing going with this gang of lads, this training group, there is nothing malicious, we are all there to try and go as fast as we can and we appreciate that the fastest two guys will be in the boat.

‘None of us are too afraid to not make it either once we are all given our chance and we all do our best. If I do my best and don’t make the boat, at least I can go home happy knowing that I tried everything but there were guys who were better.’

Gary’s plan hasn’t deviated. Granted, he’ll accept it will be harder to pull off given the emergence of the McCarthy twins, Fintan being currently in the double, and Shane O’Driscoll coming back into the mix after a few years as a heavyweight, but Gary’s goal remains the same.

‘My plan is I want to win a gold medal at the Olympics,’ he says.

‘You have to break that down then – what I have to do every day is do everything I can from one end of the year to the next to put myself in a position where I can win.

‘In Rio, our goal was to win. We did everything we could but we didn’t win. We came home with silver. We were still happy with everything.

‘If I do everything I can and go as fast as I can and it so happens then that someone beats me, you have to say fair play to them. If I don’t make the double, fair play to the other guy. We all have the same attitude. You have four world champions in the group and Jake who is pretty decent too, we are all good enough to be in the boat and we are all good enough to win – but it’s just a question of who is better than who come selection.’

The deciding trials that would have decided the combination being put forward to this season’s international season was meant to be held in early April, but they’ve been kicked down the road given the postponement of the Olympics and the ongoing Covid-19 pandemic.

Still, Gary and the rest of the lightweight group can’t just switch off. They’re coming off an ‘insane’ training regime with fitness at peak levels, so they can’t let all that hard work go to waste, while there is also the possibility that the 2020 European Rowing Championships could be held in Poznan, Poland, from October 9th to 11th.

‘We did an awful lot of training this past year, from last summer to now, all the five lads in the team. We are all very fast. Just because the Olympics have been postponed, it doesn’t mean that it’s wasted effort, that’s good training, good mileage and good for the physiology, so that will still be there as long as we don’t go taking three-month holidays,’ he explains.

‘We did take our foot off the gas after they announced the Games were postponed because that training was severe altogether and that wouldn’t be sustainable for another year and a half.

‘The motivation to train now is to not lose the work we’ve done because we are not in the Olympics and have to start from scratch after the summer.’

Gary was playing around with different ideas for life post-Tokyo 2020. Would he step back from rowing? Would he go travelling? Maybe head back to college? Or just stay rowing flat out? He doesn’t have to make any call on what’s next for another 12 months.

‘It’s grand now, there’s no decision, I get to row full-time for another year,’ adds Gary, who will hope that the extra 12 months gives him enough time to win his seat back in the boat and keep his plan for Olympic gold on track. 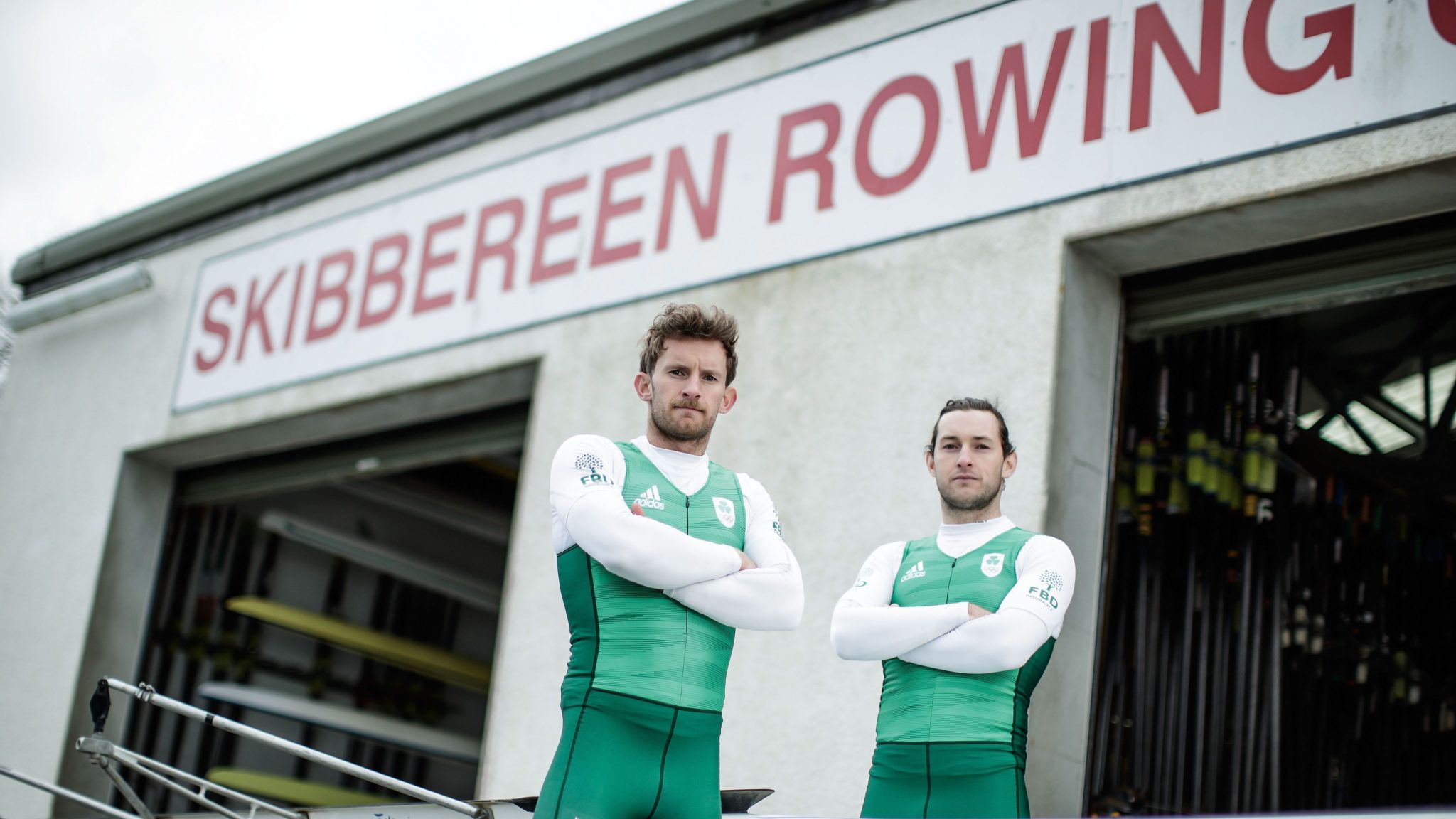