LIBBY Coppinger will never forget where she was when she won her first Camogie All-Star Award.

The St Colum’s clubwoman was on a two-day safari in the Masai Mara National Reserve, on the final leg of the eight-day Plant the Planet Games trip to Kenya.

When the 2022 PwC Camogie All-Stars Awards ceremony was on a recent Saturday night, Libby was a long way from home, but was on the phone to her mom, Maureen, who was in Croke Park, with Libby’s sister Maggie and aunt Breda. The Coppingers were there in force.

Maggie had been given the nod to accept the award on Libby’s behalf, if the Cork star was selected – and, deservedly, she was, named as a corner back on the All-Star selection after her superb season in the Rebels’ full-back line.

‘I got a FaceTime off mom, but she was actually very confusing!’ Libby told this week’s Star Sport Podcast. 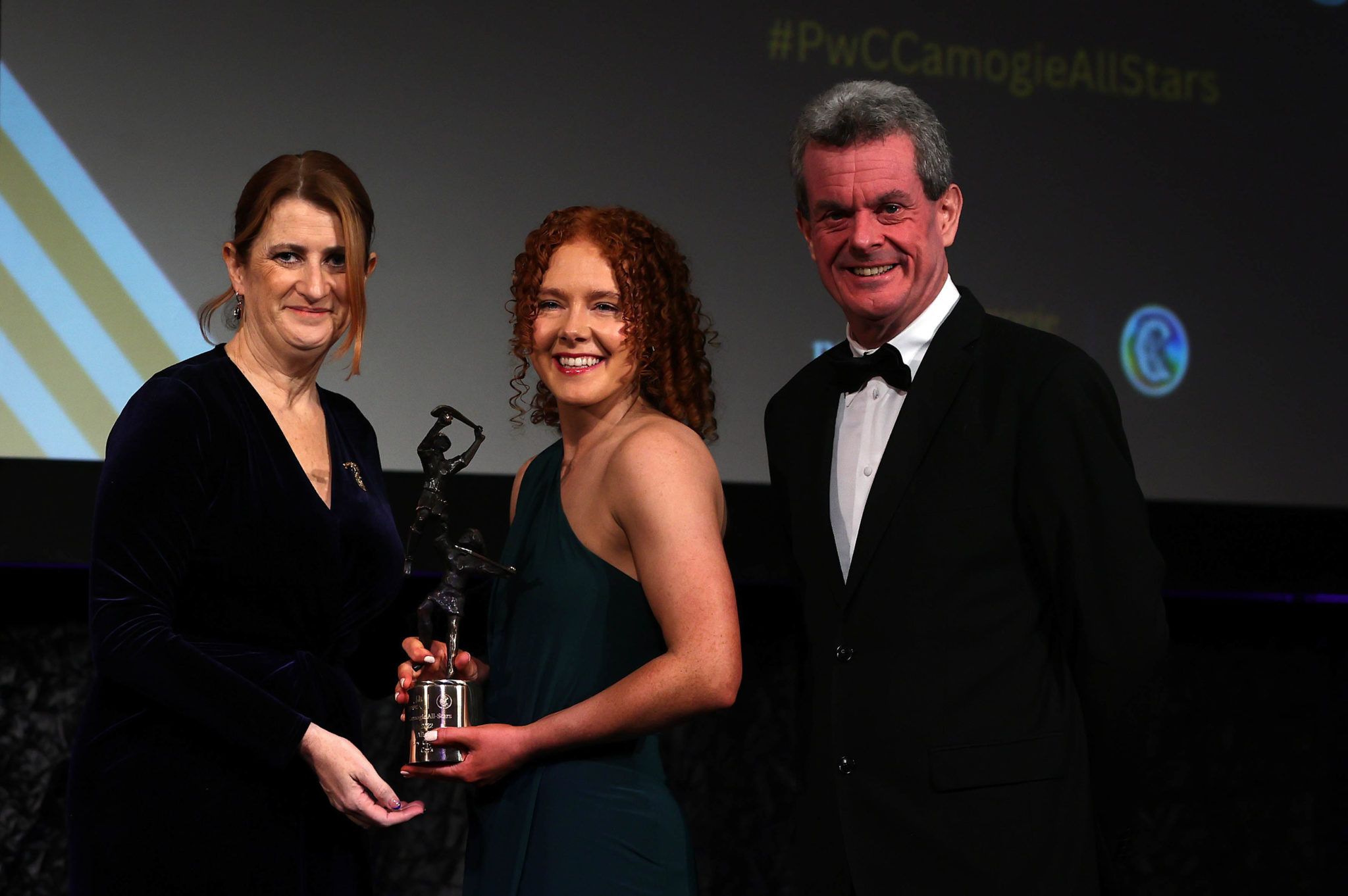 Winning an All-Star award while on a safari in Kenya is an experience, Libby says, she will never replicate again, but what an incredible memory to have.

She was back home in Kealkill the following Monday night, landing in the front door of home around 8pm, after a quick stop-off at her grandmother Maureen’s house.

Waiting for Libby on the kitchen table was her All-Star award.

‘It’s really surreal, to be honest,’ she says.

‘I don’t know if you can say you dreamed of it as a child because the dream is to play for Cork and to win All-Irelands, but this is an added bonus.

‘I am lucky enough to be amongst a limited number of players from West Cork who have won All-Stars. and I don’t take that lightly. I’m honoured to have one, and I have to credit it to anyone who has helped me along the way – my parents, my coaches, my team-mates as well, and anyone who has done anything to help me excel.’

The Coppinger clan is GAA mad. They are her biggest supporters, as this St Colum’s woman lines out for Cork in both football and camogie. She’s a rare dual star, and shines bright for both. Her GAA journey started with St Colum’s – and Libby is now the first player, male or female, from the club to win an All-Star.

‘I owe them everything. I started out with them and thankfully I’m still playing with them,’ Libby says.

‘We started the club in 2009 and I played a year with the boys before that, but St Colum’s is where my camogie career started – and huge credit to everyone who set up the club. If I didn't have that I wouldn't have had the opportunity to play camogie. The nearest club would have been Enniskeane, but when I had only played one year before that I didn't know how much I loved it. I am hugely grateful for them pushing and getting a team in St Colum’s.’

And now Colum’s have their first All-Star, and a brilliant role model for young girls and boys in the club.

Libby was one of four Cork players to win 2022 PwC Camogie All-Stars, as Courcey Rovers’ Saoirse McCarthy at half-back, Ashling Thompson in midfield and attacker Katriona Mackey were also selected.