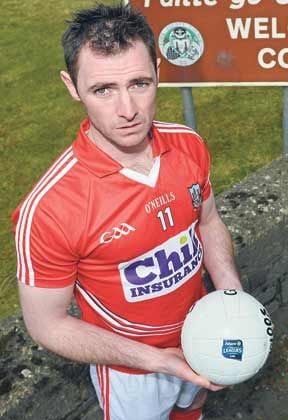 Are Cork mentally tough enough to bounce back within seven days?

The simple answer is yes. Brian Cuthbert’s side proved over the course of their two Munster championship clashes with Kerry that they are able to go toe-to-toe with the best the country has to offer and should have won the drawn final but for an erroneous penalty decision.

Continual questions have been asked of this group’s mental fortitude over the past 12 months but Cork have answered many of those criticisms with a terrific national league run (albeit before being mowed down by Dublin) and pushing Kerry to the limit in the Munster decider.

Overcoming Kildare will not be easy but the chip on the shoulder of this particular Cork team suggests an opportunity to eradicate the memory of last weekend’s loss will not be passed up.

How do you get more out of the Cork forwards?

Firstly, let’s not forget there isn’t a county out there who wouldn’t want Donncha O’Connor, Brian Hurley or Colm O’Neill in their starting forward line. Granted, all three didn’t get the space they enjoyed in the previous game against Kerry but then the quality of ball going in was a lot poorer too.

Failing to score during the final 26 minutes of last weekend’s loss is not good enough at inter-county level. So at a minimum, Cork need to return to delivering the quality diagonal ball that caused the Kingdom’s defence so much grief the first day out.

Why all the negativity?

Losing the replay to Kerry in such a limp fashion is obviously cause for disappointment but not the end of the world as many of the Rebels’ detractors want you to believe.

No one will give them a hope in hell of overcoming the Dubs – assuming Kildare are defeated – so Cuthbert’s side can go into that encounter without an ounce of pressure, giving a counter-attacking team with such a deadly full-forward line the chance of causing an upset.

No team in the country has been knocked or criticised more than Cork, most of it from their own supporters too. The chance to shove that criticism down the throats of those pundits and constantly negative expert ‘fans’ could yet drive this group of players to cause the upset of the summer.

What about Brian Hurley?

The Hurley conundrum is an interesting one for Brian Cuthbert – should he rest the Castlehaven forward or start him against Kildare in the hope he’ll rediscover his scoring mojo?

Well shackled over the two games with Kerry, Hurley was forced to come deeper and deeper in an attempt to stamp his mark on proceedings but that only served to move the corner forward away from the area of the pitch he does the most damage.

Hurley’s probably bristling at not having scored in his previous two outings so the management have a big decision to make – give him the chance to regain confidence or take him out.