STEVEN Sherlock has emerged as the spearhead of the Cork attack, according to former inter-county footballer Micheál O’Sullivan.

The St Finbarr’s sharp-shooter, who turned 25 earlier this week, is one of the big success stories from Cork’s turbulent Division 2 campaign.

He missed the opening games against Roscommon and Clare, but in the next five games Sherlock racked up 1-36, including two powerful displays in the crunch matches against Down (1-7) and Offaly (0-9).

‘I think it’s his physicality and fitness that has changed him over the last few years – he is a different animal now,’ Star columnist Micheál O’Sullivan told the Star Sport Podcast.

‘His movement is better. He is far more capable of winning his own ball now and that was something he was criticised for before. Now he is winning the ball, taking guys on and getting away from them with his pace – and I didn’t think he had that kind of pace, to be honest.

‘A big boost to him is that Cork gave him the frees. Sherlock is a confidence-player and when he is out of the game for ten minutes he might kick two frees and that keeps his head in the game. He is really leading the attack at the moment. Hopefully against the better teams and the tighter-marking teams he will still find space.’

The emergence of Sherlock in his second stint with the Cork footballers – he was released from the panel in early 2020 – is a big plus for the Rebels as it lessens the over-reliance on joint captain Brian Hurley, who was the main source of scores earlier in the season. Add in Cathail O’Mahony alongside Sherlock and Hurley, and Cork have finished the league with a far more potent attack than they started with.

‘Sherlock had a stint a few years back but for whatever reason he couldn’t hold down his place but he seems far more comfortable this year. Maybe it’s the confidence that he has coming off a great season with the Barrs last year that has helped him,’ former Cork footballer – and current Ilen Rovers joint manager – Diarmuid Duggan says.

‘He is not necessarily staying in the corner like an orthodox corner forward, he has a little bit of freedom and that seems to suit him, so he can get free from his marker a little bit easier. He is an unbelievable finisher, from placed balls and play. Whatever team he comes up against he will take a bit of watching. It’s one chance, one score for Sherlock; he rarely misses. He is a big plus for Cork.’

Cathail O’Mahony’s return also strengthens the Cork attack, Micheál O’Sullivan points out. He kicked 1-1 against Offaly in the decisive Division 2 win that guaranteed Cork’s survival in this league, while he chipped in with 0-3 from play against Down the previous Sunday.

‘He is a very high quality forward, you could see that by his goal (against Offaly); the way he stood his man up first, then took off inside him, cut back inside the next man and finished with his left. That’s real high-class stuff. He is a shoot-on-sight forward and is not afraid to shoot – that is the type of forward that Cork needs,’ O’Sullivan explains, but the Carbery Rangers clubman has major concerns over the Cork defence ahead of the Munster SFC semi-final against Kerry on May 7th.

While Cork fought off relegation and their attack is starting to take shape, O’Sullivan has highlighted the lack of options in the back lines. Cork finished the league with the worst defensive record in all four leagues – the Rebels conceded a total of 138 points in their seven games. Kerry forwards will be licking their lips at the prospect of running at this Cork defence. The Rebels, however, lost Sean Powter and Sean Meehan to injury during the campaign, Liam O’Donovan is sidelined from last season, Daniel O’Mahony isn’t available due to other commitments, Maurice Shanley and Nathan Walsh are also injured, and Billy Hennessy left the panel during the league. 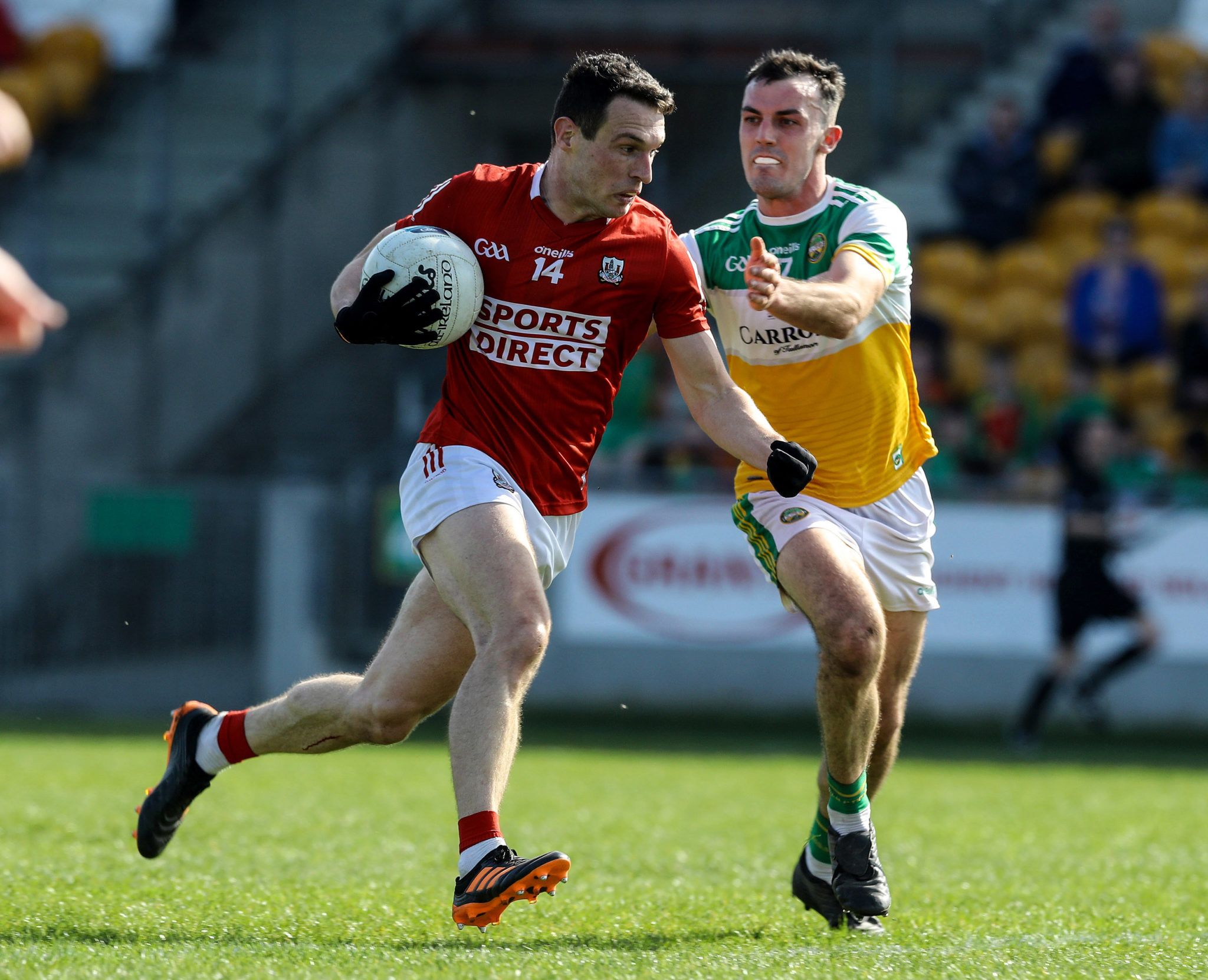 ‘Cork have firepower, which is what a lot of teams lack,’ O’Sullivan said.

‘There is Cathail O’Mahony, Brian Hurley, John O’Rourke and Steven Sherlock, they scored 1-16 between them against Offaly. They are four forwards that can contribute substantially on the scoreboard. There’s Brian Hayes, too, who might offer something at 10 or 12, and then you have one more position to fight for then.

‘A positive, too, is Colm O’Callaghan’s move to midfield, he has played very well there in the last two games. He was better against Offaly than he was against Down, scored two more from play and won a couple of balls over his head.

‘Go back from there then. John Cooper and Mattie Taylor have both been very good at wing back, but Cork are in big trouble at three and six, with Daniel O’Mahony and particularly Sean Meehan gone. Full back is a huge problem going forward, particularly with the calibre of forwards Cork will be facing against Kerry. For me, Cooper and Taylor have played well enough to hold on to their positions, but the rest is up for grabs. Cork need to find a three and six; you’d hope Sean Powter will get back, I don’t think Meehan will be back. They are the headaches the management will have over the next few weeks.’

With Division 2 football guaranteed for 2023, attention now turns to the showdown with Kerry in the Munster championship. Both Duggan and O’Sullivan agree that Cork have a lot of work to do to push themselves back towards the game’s elite, but staving off relegation allows them room to build.

‘It is important for the development of this team that they are playing at the highest level possible,’ Duggan says.

‘For their long-term development, Cork are better off in Division 2, but there won’t and can’t be huge expectations on them. They were near the bottom of Division 2 and the table doesn’t lie.’