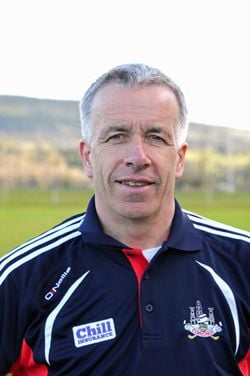 DOHENYS stalwart Brian Herlihy has been appointed manager of the Cork minor football team for the 2016 and 2017 seasons.

He will be assisted by Clyda Rovers’ Paudie Kissane, who previously coached the Clare senior football team, and the other selectors will be Michael Comyns (St Finbarr’s), Noel O'Leary (Cill na Martra) and Drimoleague native Donal McCarthy (Valley Rovers).

Commenting on the Cork minor hurling and football teams management announcements, County Board chairman Ger Lane paid tribute to outgoing football manager Donal O'Sullivan: ‘On behalf of the County Board and on my own behalf, I would like to thank Donal O'Sullivan for his hard work as manager over the last two years, and prior to that as a selector, and I know he will continue to contribute to the GAA in this county. My thanks also to all outgoing selectors for their efforts.’

‘I would like to wish new minor football manager, Brian Herlihy, and his team every success,’ continued Mr Lane.

Current U17 hurling manager Fergus Ryan joins the minor hurling management team, replacing Pat Hartnett, who was not available for consideration. The minor hurlers will be managed by Denis Ring (Fermoy) with John O'Dwyer (Ballincollig) as coach and the selectors will be John Mortell (Ballyhea), Liam Martin (Glen Rovers) and Fergus Ryan (Mallow).

‘While nothing can be be guaranteed,’ added Ger Lane, ‘I have no doubt that both our minor managers and their backroom teams will do all in their power to bring success to Cork at this level.’