THE Skibbereen women’s rugby juggernaut is in full power after they captured their second title in a week.

Seven days on from winning the Munster Junior League Division 2 crown – the first-ever adult women’s trophy in the club's history – Skibbereen made it a delightful double when they won the Munster Divisional Cup (Munster Junior Cup) final against Division 1 outfit Tipperary at Cork Con’s grounds in the city last Sunday afternoon.

This decider saw Skibbereen’s speed up against Tipperary’s strength, and it produced a thriller.

Early in the first half, Tipperary conceded a penalty right in front of their posts, allowing Emma Connolly kick Skibbereen’s first score. Skibb’s opening try followed, starting from an accurate first phase crossfield kick from Michelle O’Driscoll at number 10, which was gathered by Vivienne O’Donovan whose speed on the wing saw her touch down close to the posts. This set the tone for a quick and skillful game. The try was converted by Skibb’s number 12, Emma Connolly.

Tipperary’s offence was just as quick to retaliate with a try of their own that was unconverted, leaving Skibbereen five points ahead, 10-5. Tipp soon levelled with another unconverted try, made by their hooker, Ciara O’Dwyer. 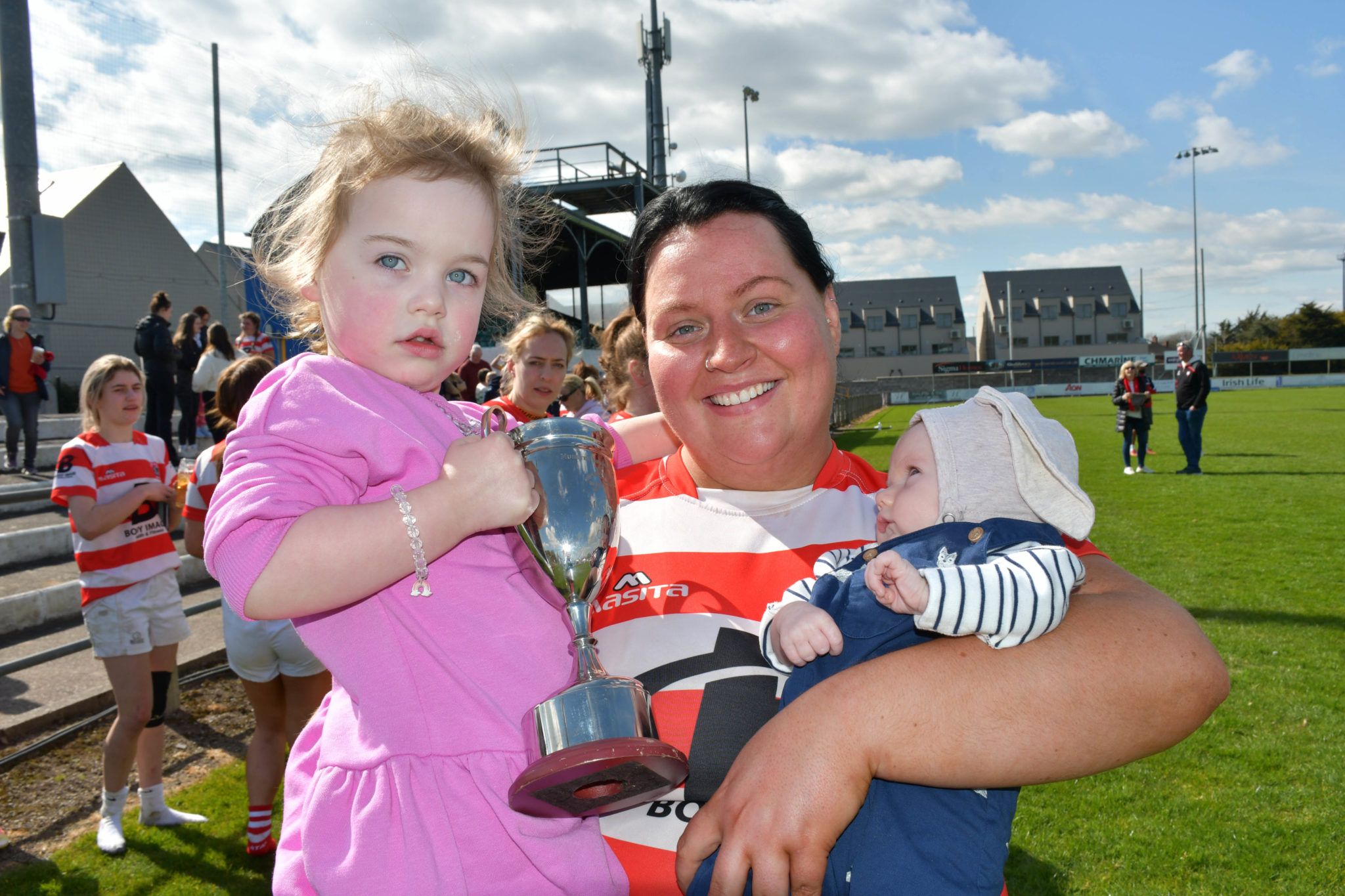 Skibb finished the half strong with a converted try by Vivienne O’Donovan and a third try by Kate O’Sullivan, unconverted, as the West Cork team led 22-10 at the break.

The third quarter began with another try from Tipp’s talented Ciara O’Dwyer, converted by Megan Callanan, to close the gap between the teams, 22-17.

Tipp’s strong carries and tackles put pressure on the Skibbereen side, resulting in a cross-field kick by Emma Connolly which set up a possible second try for Kate O’Sullivan but unfortunately ended with dead ball, to the delight of the Tipp women. But a goal-line dropout into Skibbereen hands saw fast back play set up a fourth try for the West Cork women, scored by Fionnuala O’Driscoll. It was now 27-17.

Back came Tipp, though. Another swift maul execution from the Tipperary forwards set up a last unconverted try scored by Kate Kerrane in the 65th minute. This left only five points between the teams, 27-22, with 15 minutes left to play and both teams feeling the immense pressure.

An intense finish to this match resulted in ten minutes of incredibly physical rugby on either side. Tipperary fought relentlessly on the Skibbereen try line but were unsuccessful as the Skibb women managed to turn over the ball and kick to touch.

With just three minutes remaining, Skibbereen’s loose-head prop was injured during the last scrum of the match. With Tipperary in possession and the try so close, a try for them seemed evident, but Skibbereen’s solid defence resulted in the try being held up. 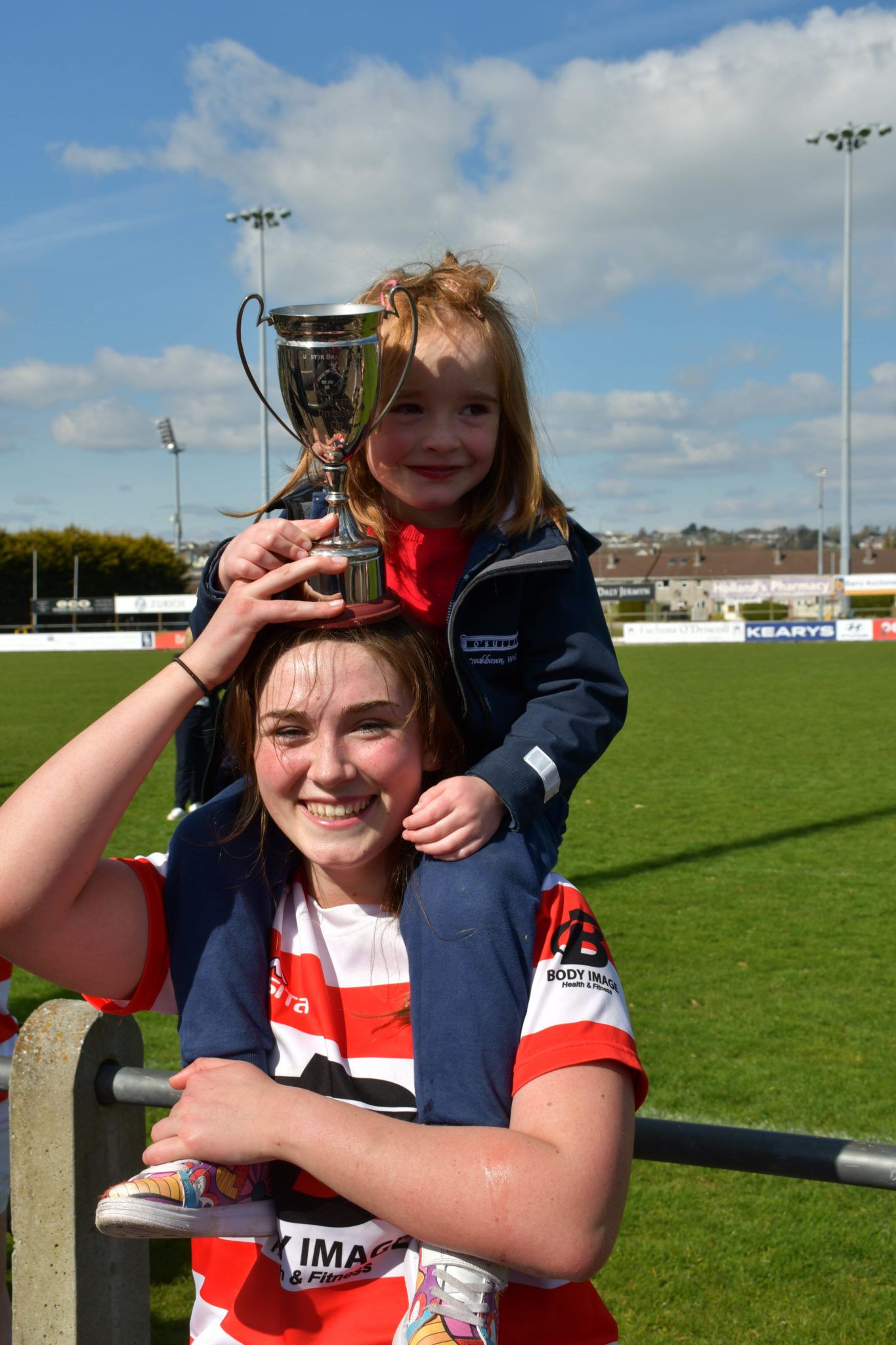 Devastation for Tipperary as Skibbereen’s Emma Connolly kicked to touch, securing them the Munster Divisional Cup.

Both the Munster Cup and the Division Two League Plate were presented by Wendy Keenan to Skibbereen captain Averyl Condell at the end of the match.

Skibb have the chance to make it a terrific treble as they play Waterpark in the Division 2 Cup final on Friday, 15th, at Musgrave Park.