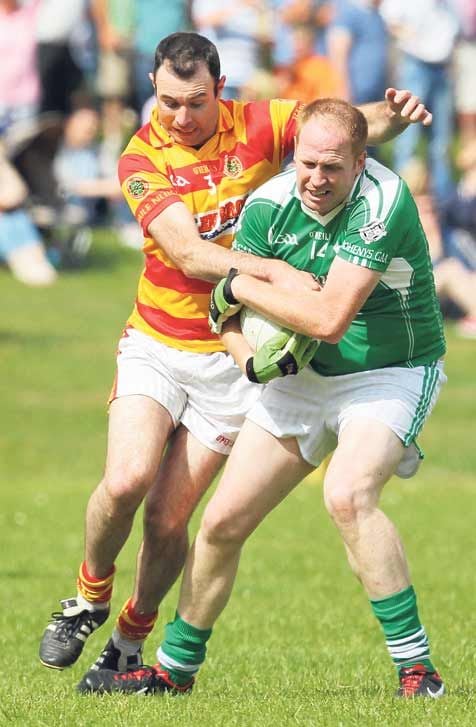 AFTER a disappointing campaign last season, Dohenys are intent on escaping the relegation dogfight this time out.

A poor run of results saw Dohenys’ senior status on the line before they won the relegation final against St Vincent’s, but it was too close for comfort, and the Dunmanway club wants to avoid a similar scenario at all costs.

First up this Saturday is an opening round tie against Aghada, in Páirc Uí Rinn at 7.45pm, a match that Dohenys new management team is confident of winning, according to selector Steven Mohan.

‘Things are going well for us so far. There is a very positive mood in the club now and the junior side is going well too,’ Mohan said.

‘It would be great to go on a run this year but we aren’t looking past Aghada. They are a hard championship side to beat but we know ourselves that if we can play well then we have a good chance.

‘Last year was a hard year. Things didn’t go well for us. Nobody in the club wants to go through another relegation final and we are confident that we can turn things around this year. The players have been training hard and have given great commitment.’

At the start of the year the club named former players, Cathal Crowley, Steven Mohan, Brian Herlihy and Michael O’Donovan, as its senior selectors for the season ahead, opting for the management team route. The quartet took over from the long-serving Jerry O’Mahony.

Mohane was the strength and conditioning coach last season, both Herlihy and Crowley were Dohenys senior selectors in the past, while O’Donovan was a highly-regarded full back with the club.

Dohenys form has been impressive in Division 2 of the football league. They currently sit second, behind county champions Ballincollig, who they lost to 0-11 to 1-5 recently. With four wins and one draw from their seven games, they will be in confident mood against an Aghada side that has won just two of their seven games in the same division.

Last time out, Mark Quinn scored 1-5 in the 1-16 to 0-15 win against Eire Óg, and the same player scored 1-3 in the loss to Ballincollig. Daniel O’Donovan, Jerry McCarthy and Steven O’Donovan will feature in attack, with Tom Collins and Donal Rice two key men in defence.

Dohenys: The Dunmanway club has lost the influential Alan Sheehan who is currently in Australia, and his absence will be sorely felt. Pat Collins is just back from the States but this game could come too soon.