Leadership: Briege Corkery will be one of the driving forces on the Cork camogie team in their championship campaign. 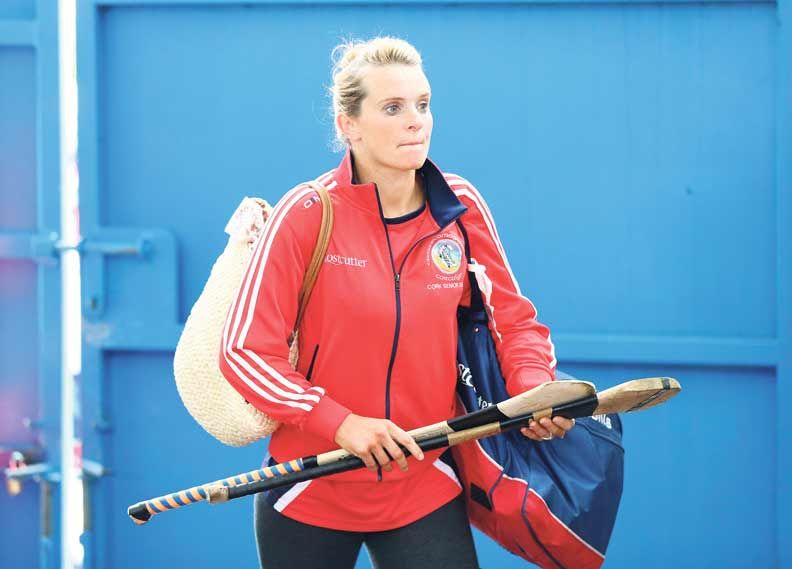 Leadership: Briege Corkery will be one of the driving forces on the Cork camogie team in their championship campaign.

PAUDIE Murray admits that if Cork can defend their All-Ireland senior camogie championship title it would rank as ‘a phenomenal achievement’.

The 2014 champions are missing five players from last year’s team that started the All-Ireland final win against Kilkenny, while a further eight panellists from last year are also not involved for this season’s championship opener against Galway this Saturday in O’Connor Park, Tullamore, at 3pm.

From the first 15 from last September, gone are Jennifer O’Leary, Joanne O’Callaghan and Anna Geary who have all retired, while Angela Walsh is taking time out and Julia White is away at the moment.

‘It’s going to be a big ask for us as we are down ten players who played championship for us last year and we are down 13 from last year’s panel,’ Murray said.

‘I don’t know can any team cope with that amount of people missing and then mount a serious defence of an All-Ireland title – but that’s what we intend to do.We will be under pressure. There’s no doubt about that. To retain the All-Ireland title this year would be a phenomenal achievement.’

First up in the championship is a clash with Division 1 league winners Galway, who beat Cork 2-15 to 2-12 in the final in early May. Group 1 also includes Wexford, Offaly and Limerick.

After Saturday’s game against Galway, Cork play Limerick on June 27th, followed by games against Offaly and Limerick. Barring the inclusion of Kilkenny, it’s as tough as it gets, says Murray.

‘Without Kilkenny this is a very tough group. Wexford will be an excellent outfit this year – they’ve lost no one – and Galway will be a force,’ the Cork boss said.

‘Limerick won All-Ireland intermediate and minor titles last year, while Offaly lost by only five points to Kilkenny in the Leinster final, and there was only three points between them for long stretches.’

To achieve that, and considering the experience of the retired players, more responsibility will fall on the shoulders of goalkeeper Aoife Murray, Gemma O’Connor, Briege Corkery, Rena Buckley and Orla Cotter.

‘There is huge pressure on those girls. If they play well, you would be hoping that the rest would respond,’ Murray said.

A new wave of young talent will also get its chance, as Ballineen’s Orla Cronin, Amy O’Connor (19) and Hannah Looney (18), just finished her Leaving Cert, will all get their opportunity.

‘These girls can grow up quite quickly and they could develop very fast,’ Murray said.

‘How these players take to this is key. Look at Laura Tracy last year, how well she adapted to become one of our better players in an All-Ireland final. If the rest can develop like she did then we will be okay.’

As for the opener this Saturday against Galway, Murray is looking for a performance, as he explains.

‘If we can pull a result out of Saturday it would be a great achievement, but I’ve been through enough of these group stages to know it’s all about performances,’ he said.

‘What I mean is that if we lose by a few points but we perform well, then we can build on that and we will be in an All-Ireland quarter-final.

‘If we can play well on Saturday and learn from our mistakes, then we will improve.’