Ballylickey’s Denis Cronin and co-driver Helen O’Sullivan (Subaru WRC), pictured on the Shanera stage, won the Cartell.ie Rally of the Lakes in 2010. (Photo courtesy of rallyretro.com)

THE Rally of the Lakes wears well with West Cork people and rallying journeys to Killarney are akin to football aficionados visiting Fitzgerald Stadium on Munster football final day on a sunny July Sunday.

In normal circumstances, this would be the Rally of the Lakes weekend, but such is not the case in these pandemic times.

However, May 2010 will always have a special resonance for many of this region’s motorsport followers. It was the time that Ballylickey’s Denis Cronin became the first West Cork driver to win this iconic event that’s been running since 1979 when Billy Coleman took a Ford Escort RS1800 to victory.

Denis and co-driver Helen O’Sullivan, who is a native of Kilgarvan, are also the only mixed crew to have won the event while Helen was the first – and still only – Kerry co-driver to achieve outright victory.

Speaking to The Southern Star earlier this week Cronin said, ‘About a month before the rally I had a dream that I won the event and I could picture myself up on the stage at the prizegiving.’

And that’s what happened as he finished 36.5 seconds ahead of the Ford Focus WRC of Aaron MacHale/Eugene O'Donnell with Craig Breen/Gareth Roberts (Ford Fiesta S2000) a further 46.5 seconds behind in third. 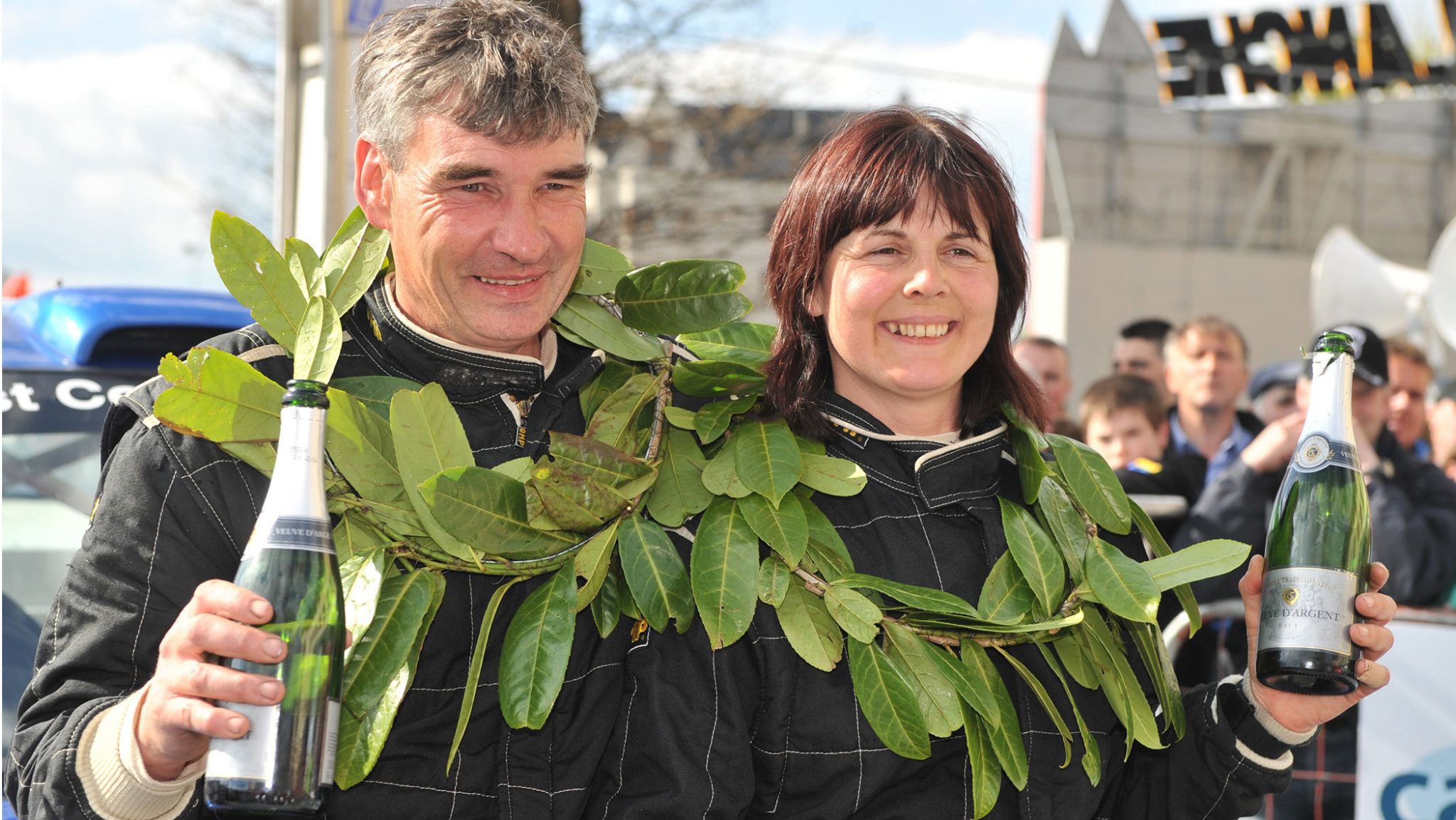 Ballylickey’s Denis Cronin and co-driver Helen O’Sullivan (Subaru WRC) celebrate their victory on the 2010 Cartell.ie Rally of the Lakes in Killarney. (Photo courtesy of rallyretro.com)

Given that the Rally of the Lakes was the first rally he ever did, it has a special place in his heart.

‘It’s my most precious victory as it (The Lakes) was my first rally back in 1981. I am also a member of the Killarney club. Indeed, I used to attend meetings along with Sean Hurley of what we called the south branch of the club; these took place at the golf club premises in Glengarriff. It was where I handed in my entry for my first rally,’ Cronin recalled.

The 2010 event was sponsored by Cartell.ie and notably featured just one run over Moll’s Gap, then the seventh and final stage of the opening leg. There were 14 stages in total traversing Kerry and Cork terrain.

The opening stage was at Banard where Tim McNulty (Subaru S12B) led the Ford Focus of Gareth MacHale by 2.3 seconds with Daragh O’Riordan’s Subaru WRC third and Cronin fourth, 29.2 seconds off the lead after the intercooler pipe came adrift. MacHale departed the fray on the next stage due to an engine malady.

At the Green Glens service park in Millstreet, McNulty led O’Riordan by 30.3 seconds with Cronin still in fourth spot. By SS 5 McNulty had cemented his advantage, leading O’Riordan by a minute and 13 seconds. Alastair Fisher (Mitsubishi) occupied third with Cronin next. Cronin picked up his pace on the second run though Gortnagane to slot into third, while rally leader McNulty punctured on stage.

On the day’s final stage, Moll’s Gap, McNulty and Cronin were the only duo to break the eight minutes and 50 seconds barrier. Cronin’s reward was second place as he arrived back to Killarney trailing McNulty by a minute and 46 seconds.

With such a strong advantage it was no surprise that McNulty tailored his lead. Cronin was quickest through SS 10, Currowcross, to move 9.8 seconds ahead of third-placed Fisher as leader McNulty retained a solid buffer.

The complexion of the rally took a decisive turn on SS 12, Shanera, as McNulty’s Subaru ground to a halt with transmission woes, thus ending his chances of back-to-back wins. Suddenly, Cronin was the new rally leader.

Ironically, only a few weeks previous, the roles were reversed at the West Cork Rally when Cronin’s car stopped with a broken driveshaft whilst leading and McNulty took the spoils. Cronin held his nerve, opting to push hard through the stages and increasing his advantage over Fisher.

Whilst dreaming of winning the rally, Cronin never thought that he would win given that his Subaru was somewhat outdated compared to the other machinery.

‘We had settled for second place. I couldn’t believe it when we came around a corner after the hairpin at the dipping tank in Shanera, Tim’s car was pulled over. I had to reassert myself and make sure I didn’t make any mistakes,’ Cronin said.

‘I was thinking of the finishing line, which was a dangerous situation really, so we decided to push hard through the remaining two stages to keep the concentration. The scenes at the finish line were unbelievable.’

But, it almost didn’t happen as he revealed.

‘You know, we came close to not finishing. The day after the rally, Colm Grant (TTE Motorsport, who ran the car) took the car out for Keith (Cronin) to have a run in it. He drove about half a mile and the car stopped. We thought at first it may have been that Keith wasn’t accustomed to it, but it transpired that the cambelt had cracked. Another mile in Killarney would have meant that we wouldn’t have finished,’ Cronin said.

But then, dreams do come true, at least they did for Denis Cronin back in 2010 and yes, he really was on stage at the INEC to accept the trophy.