DARRAGH Hayes was the star of the show as Carbery Rangers advanced to the final of the Clona Milk U21A football championship. The Ross full forward, last year’s Cork U20 player, scored ten points, including six from play, as they defeated Castlehaven in this semi-final in Skibbereen.

‘There were lots of areas we wouldn’t have been happy with but we ground it out,’ said a delighted Rangers manager Stephen Murray.

‘The Haven are a good side and they always give 100 percent. We were, possibly, slightly better balanced but their top players did a lot of damage. We have a good side with a good panel but we just couldn’t pull away from them. To be honest, if we play like that again, I don’t think we’ll get over the line in the final.’

On the couple of occasions Rangers looked like building up a lead, they were brought back to earth by the concession of soft goals. The first arrived in the 26th minute. Rangers had led at the first water break by 0-4 to 0-2. Rampant full forward Darragh Hayes kicked three of the four Rangers’ points, with Ciarán Santry getting the fourth while Kevin McCarthy (free) and the lively Alex Minihane answered for the Haven.

Then, after Liam McCarthy and Hayes had swapped points on the restart, the next score was the first Haven goal in the 26th minute as Rangers were threatening to stretch their two-point lead. A misplaced short kick-out from the Rangers’ goal was gathered by wing forward Fiachra Collins, who, spotting the goalkeeper well off his line, cheekily lobbed the ball into the top corner of the net. The Haven were in front for the first time and they immediately stretched the lead with a Kevin O’Donovan free. 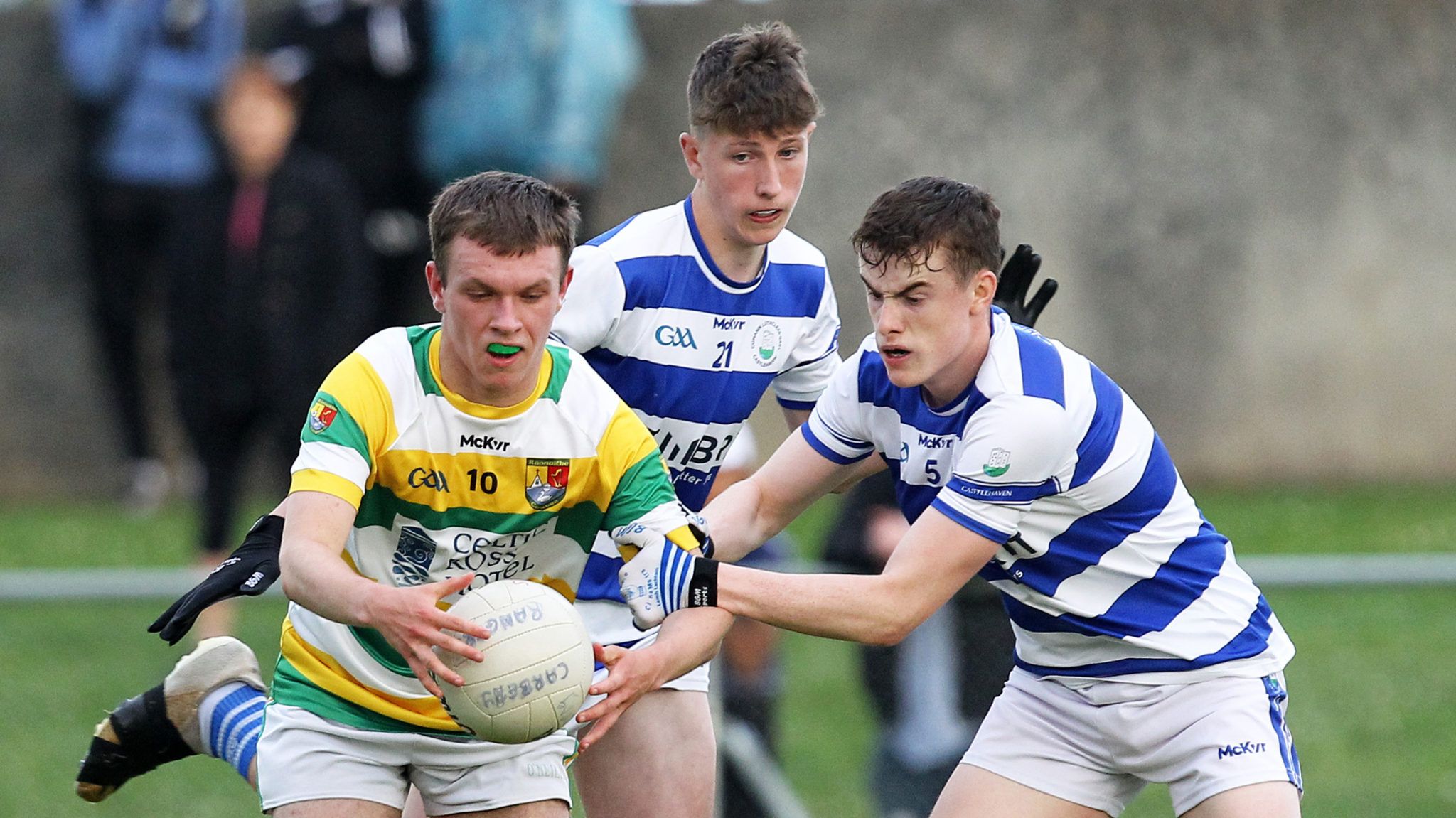 Castlehaven's Sean Browne and Tomas O'Mahony get to grips with Carbery Rangers' Peadar O'Rourke during the Clona Milk U21 A FC semi-final at Skibbereen.

Rangers’ ability to respond to adversity was a feature as they drew level with points from Jack O’Regan and Ciarnán Calnan. In the 30th minute a great solo run by O’Regan ended with the ball in the Haven net. O’Donovan (free) and Hayes swapped points and it was Rangers looking good, three points in front at half time, 1-8 to 1-5.

When Hayes kicked his sixth point to increase the lead to four within a minute of the restart, we waited for Rangers to pull away but it was brave Haven who struck the next blow when another defensive error saw Tom Beare poaching an unlikely goal to close the gap to a single point. Hayes stretched it to two from a free but back came the Haven and when Donncha Maguire and O’Donovan (free) pointed, it was all square in the 42nd minute, 1-10 to 2-7.

Yet again we saw Rangers responding positively and four points in a row from Hayes (2), Ciarán Calnan and JP Eady had them in a great position at the second water break. Neither side managed a score for ten minutes in the final quarter but when the Haven finally found a way through, two frees from Liam McCarthy had the lead down to a dangerous two by the 65th minute. As the game stretched into injury time, it was the hero of the night, Darragh Hayes, who fittingly grabbed the last point to leave Rangers winners by three.