A Skibbereen man by nature, and a proud West Cork man too, this season his full focus is on Kilmacabea in what will be the most exciting Carbery Junior A Football Championship in years.

With a new county grade, Premier Junior, coming online in 2023, the winner of this year’s Carbery JAFC will win their place in the county series for next season.

Kilmacabea have been one of the superpowers in this championship in recent seasons, winning it in 2017, 2018 and 2020, and they will feature in the conversation again this season. New boss Crowley, previously involved with O’Donovan Rossa and Carbery Rangers senior football management teams, is excited by his latest challenge.

‘For the last ten to 15 years Kilmacabea have always been one of the strongest teams in West Cork,’ he says.

‘I know a few of the lads around here and they always played good football. There is a good culture within the club. When I was asked – I had taken a break from Skibbereen – I took it. I get enthusiasm from teams like Kilmacabea, so it was a no-brainer really.’

Akin to recent times, expectations around Leap and Glandore and their hinterlands that incorporate the popular UBL (up back of Leap) region are high, and Crowley understands.

‘Kilmacabea have won three out of the last five titles in West Cork and I think there is the potential to go even further. We’ve had a couple of training sessions already and I am getting energy from them and I hope they are taking energy from me,’ he says.

A heavy defeat (5-16 to 1-8) to Uibh Laoire in the delayed 2020 Cork JAFC, played last summer, brings an interesting perspective.

‘The last two years have been tough and Kilmacabea weren’t able to get any momentum. I don’t think it has left a mark. If anything, I think it’s a standard to get to,’ Crowley points out.

‘Uibh Laoire got momentum, they kicked on, Kilmacs had a bad day. Yes, sometimes it is hard to come back from a defeat like that, but from talking to the lads and seeing the buzz about the place here, if anything it’s been a learning thing rather than a stumbling block.’

Winners of this season’s Carbery JAFC will get automatic promotion to the new county Premier Junior series in 2023. When asked if that scenario brings pressure, Crowley had a quick response.

‘Kilmacabea is in the position that it’s (qualifying) expected of them every year, so this year shouldn’t be any different. Yes, there is a massive bonus there this year, but that is all it is, a bonus,’ he says. 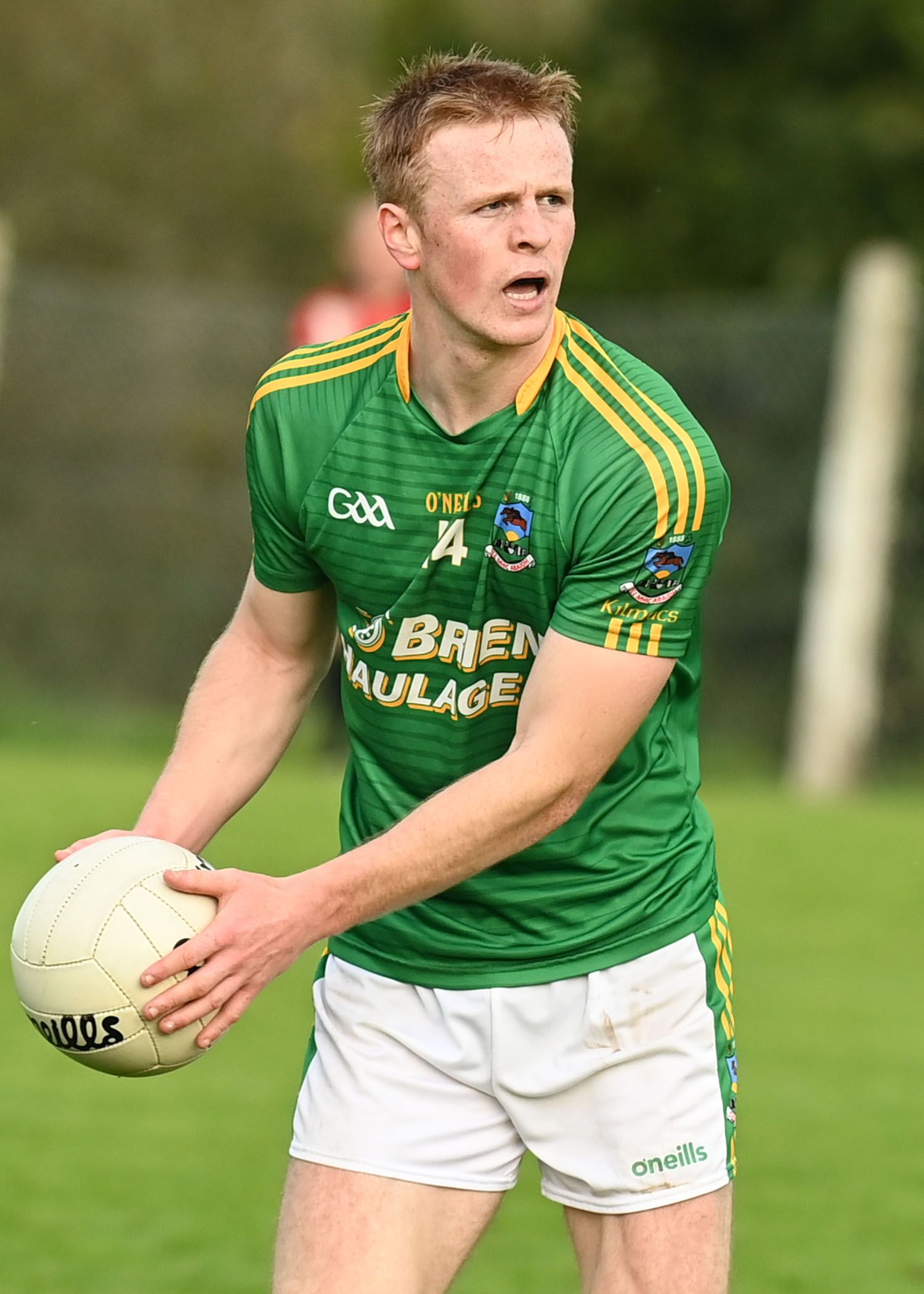 Cork footballer Damien Gore is a key man for Kilmacabea.

Although Cork senior panelist Damien Gore is currently out injured, Crowley is impressed by his attitude and more so by his presence.

‘Damien has attended the training sessions and it’s great for the lads to see him there. He may be in a bubble with Cork but optically, he is still around here,’ Crowley says.

‘Hopefully, the injury will clear up quickly. For himself, I like to see him with Cork, it will bring on his game, but I notice whenever you have Damien, results step up.’

A straight talker, the new coach has no time for gamesmanship or pulling strokes, as he outlined his plans for upcoming league games.

‘Look, you want to win every game, but at the same time you don’t want to be going full-blooded at the risk of not developing players. I am a big believer that if you are allowed to use 22 players on a match day, especially in a league, why not use them all. You want your full squad come championship. If we are winning games, great. If not, well you are still developing players, then it’s a job done as well,’ he says.

‘Players want to play every game and if they are not playing because you are trying to pull a stroke, they won’t be happy. There is a falseness in that (pulling strokes) and it comes back to bite teams.

‘Playing games brings a good buzz in the camp and if you are using a panel and the fellas are training hard and seeing that they are being developed, seeing they are getting a fair crack at it, that is golden as the year progresses as distinct from putting out your best 15 every week. I’m not for messing with their heads.’

Crowley’s plan is straightforward and he will use all the positives he has within his remit.

‘There is a lot of experience here and those lads are driving this on. They are doing a lot of this gym work. There is great leadership there. If the players take ownership of things, it makes my job much, much easier. If they are running it and are being listened to – within reason – I think that is golden as well. It is all about having a good camp and pulling in the one direction,’ Crowley says.

It starts up back of Leap.