Haulie O'Neill was involved in the Clonakilty management team that masterminded the 1996 Cork SFC final win against UCC.

RUMOUR has it that in 2015, when Clonakilty’s senior football status was threatened, locals thought they saw a Haulie Signal high in the Clonakilty night sky, breaking through the dark clouds hanging over Ahamilla that summer.

Mike ‘Haulie’ O’Neill saw Clon were in serious trouble. His club needed him. The senior team was in crisis. They were one loss away from relinquishing an incredible 84-year unbroken run of competing in the top tier of club football in Cork. In 2015 Clon, after three championship defeats in a row, were staring into the abyss. Then Haulie answered the SOS call. He was parachuted in as manager mid-season to save his club from losing their senior football status. It worked.

On Sunday, September 25th, 2015, Clonakilty beat Aghada 3-13 to 0-9 in the 2015 Cork SFC relegation play-off. The goals came from Jonathan Leahy, Ian Falvey and David Lowney, each relieving the pressure more and more.

‘He has an unbelievable presence but it’s much more than that,’ explains Timmy O’Sullivan who was corner back on the Clonakilty team – managed by Haulie O’Neill – that won the 2009 Cork senior football title.

‘The only way I can describe him is that he is to Clon GAA what Billy Morgan is to Nemo and Cork GAA. He has a great passion and understanding for everything associated with the club. He just has a special way of bonding lads together and getting the best out of them.’

Haulie’s bond with Clonakilty football and his home town is incredibly strong. He is Clon born and bred; the local butcher who has been providing the cutting edge to his local club’s football team since his own playing days. His association with the Clon senior football team started in 1978, and 43 years on he’s still involved.

There have been highs and lows. He was captain of the Clon team that lost the 1983 senior football final to Nemo Rangers. Two years later Clon lost the county final to the Barrs. Move on to 1996 he was part of Michael 'Casey' O'Donovan’s management team that masterminded county football success over UCC. In 2009 Haulie was the manager when Clon won their last Cork SFC title, beating the Barrs in the final. Then he rescued the team in 2015. Now, 12 years after their last senior county title and with Haulie in the hot seat this season, the Brewery Town men are back in the big time.

Unexpected finalists, given they didn’t get out of the group stage last season and hadn’t reached a county semi-final since 2010, let’s not underestimate the Haulie Factor. It’s no coincidence that Haulie has returned as manager – and has Neil Deasy with him, again – and Clon football is flying high.

Former All-Ireland winning Cork football manager Conor Counihan isn’t surprised. In late 2012 he brought Haulie on board as a senior selector. Counihan wasn’t the first to spot the Haulie Factor. The Clon man was a Cork senior selector in 1997 under Larry Tompkins and also a selector with Ephie Fitzgerald’s Cork minors in ’02.

‘Haulie’s attention to detail is second to none. He covers all the angles. He is a good peoples’ person, too; he gets to know his players very well. When he has a plan in his mind he will make sure that it’s implemented. He just wouldn’t leave anything to chance,’ Counihan explains.

‘It’s his intensity and passion and the amount of time he puts into football – they are the big things. Fellas respect that and they’ll respond to that.’ 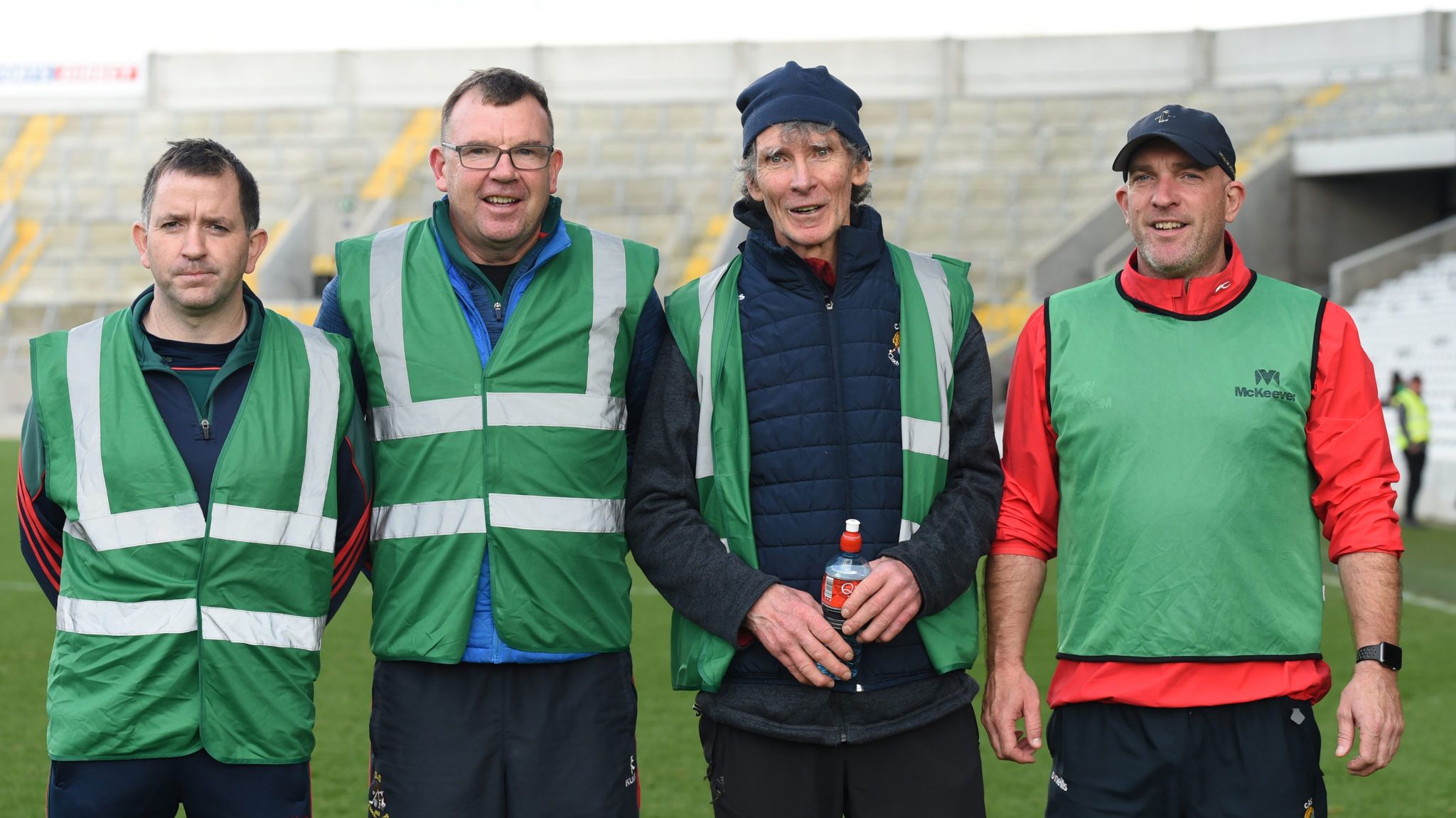 Denis Murphy agrees. He is another link between the ’09 county-winning Clon team and the present set-up, but an Achilles injury sidelined him this season. Murphy started in the ’09 final when Clon beat the Barrs 1-13 to 1-12 thanks to Dave O’Regan’s winning free. He knows, too, that there is something about down-to-earth Haulie, a man with no time for airs and graces and plaudits – and that’s perhaps the reason he isn’t chatting to the media too often this season. His talking is done on the pitch in Clon’s performances.

‘When he speaks you tend to listen. He is a very good communicator, he deals in detail, he has his way of playing the game and he gets that across very well,’ Murphy explains.

‘Haulie is a very passionate man, and very passionate for Clonakilty football. He has played with Clon, he had some tough losses with Clon in county finals in the 1980s, he was a mentor in ’96, he managed us in ’09 – and he has respect garnered from all those experiences.’

In a recent Star Sport Podcast, former Carbery Rangers manager Micheál O’Sullivan described Haulie as a ‘ferocious student and analyser of the game’.

He commands an instant respect, O’Sullivan added, explaining how the Clon man is a great communicator and has a great way with players. He has so many pieces of the jigsaw that are needed to be successful – and the body of evidence is there. 1996. 2009. 2015. Now, 2021, as Clon have come from nowhere to find themselves in a county senior football final again.

He has surrounded himself with the strong management team of Neil Deasy, Eoin Ryan and Brian Murphy – and the players have responded.

‘Haulie has a good team around him,’ full back Thomas Clancy explains, ‘He has Neil doing the training, Brian Murphy and Eoin Ryan as the selectors. Haulie has been around the block and he knows Clon football inside out.’

Former Cork defender Clancy is one of the Clon players reborn this season. They’re flourishing in the current set-up, both under the management and also because the players are taking more accountability of themselves and their performances. Going back to 2015 when Haulie helped save Clon’s senior status, he remarked that it was ‘a matter of getting them to pull together’. He achieved that and they survived. Now he has helped the club’s current crop, labelled as underachievers given the talent in the ranks, to pull together – and look where they are, perched on the cusp of glory.

Remember, though, this is the first season that Haulie and his strong management team of Deasy, Ryan and Murphy have had this group. Whatever happens on Sunday, this should be bookmarked as the start of a chapter, with Haulie’s finger prints all over it.

There is something about Haulie, alright.