WHEN IT rains, it pours – that’s how the Cork footballers must feel right now.

Their latest Division 2 loss, last weekend away to Meath, leaves the Rebels rooted to the foot of the table with only two rounds left.

There is no margin for error in these next two games – home to Down this Sunday and away to Offaly the following Sunday – if Cork are to avoid relegation to Division 3 of the league.

Given that Cork and Down, the bottom two teams, meet in Páirc Uí Chaoimh this Sunday afternoon (1pm throw-in), there is the chance for both to boost their survival hopes.

The loser here will almost certainly be relegated, but if Cork get the win that they need, then they will head to Offaly the weekend after for what effectively would be a relegation play-off where the winner stays up. Offaly play Roscommon this Sunday, and the formbook suggests a win for the Connacht men, which would work in Cork’s favour.

But the Rebels must get the result they need this Sunday. Even though Down are struggling too and Cork have home advantage, it’s hard to call this game, such has been the struggles and inconsistent form of both.

Cork head into this must-win battle off the back of a very disappointing display, and loss, away to Meath last weekend.

What could, hopefully, work in Cork’s favour is that their next two games are against the two teams directly above them in the table and who also have serious relegation worries.

‘That's our focus now and there's a resoluteness there. We're all disappointed at the moment.

‘Look, it's a difficult enough situation. The key from our point of view is the two games coming ahead. We need to get results there. We're not in a great position, we're acknowledging that, but there are two matches to be played, there is 140-plus minutes of football to be played and we're certainly going to be up and about for that, as it were, and let's see where it goes from that.’ 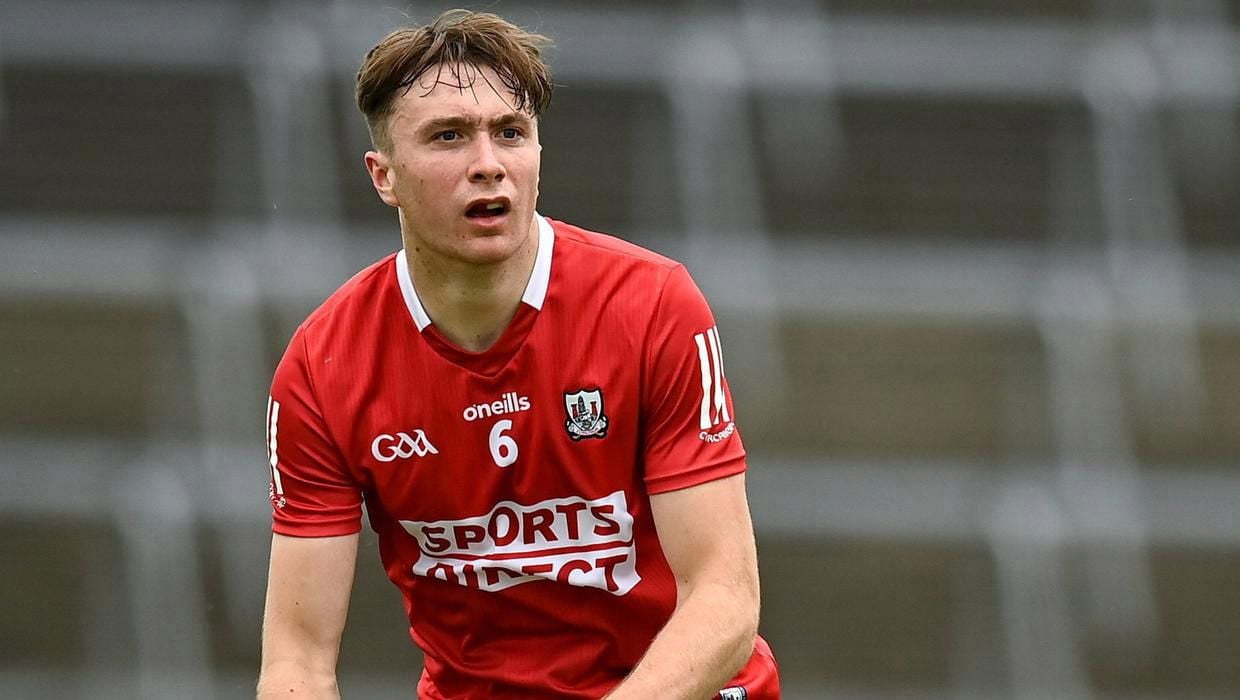 Influential Cork defender Sean Meehan could miss the rest of the inter-county season with a hamstring injury.

Cork’s mood won’t be helped by the news that joint captain Sean Meehan flew to London earlier this week for surgery on a hamstring injury. It looks like the Cork defender could miss the rest of this inter-county campaign and that’s another blow to Keith Ricken’s team as Meehan has been one of the best and most consistent performers in recent times.

It adds to Cork’s woes as Sean Powter will also miss the rest of the league through injury while Clonakilty clubman Liam O’Donovan is also on the sidelines with a hamstring injury, so that’s three starting defenders that Cork are currently without. It’s four if you add Maurice Shanley, who has not featured in the league either.

Injuries haven’t been kind to Cork footballers in recent times, but the players that are fit must find that something extra to get them over the line against Down on Sunday and take this relegation fight to the final round of the league. Cork need a performance, otherwise Division 3 football looks on the cards.