The Kinsale team that defeated Clonakilty in their county senior football championship opener in Ahamilla on Sunday. (Photo: Martin Walsh)

Group 2 of the senior championship got underway with a West Cork derby between Kinsale and newcomers Clonakilty. The latter won last season’s intermediate county title and were coming off a positive league game campaign that concluded with a runners-up spot in the Division 1A decider against Mourneabbey.

Already well established in the top grade, Kinsale travelled to Ahamilla hoping to get off to a positive start in a group that also contains heavyweights St Val’s and Éire Óg.

Poor weather conditions made life awkward for both clubs but it was Clonakilty who raced into an early two-point lead before Orla Finn drew her side level courtesy of a brace of scores (one free). Tied 0-4 apiece at the first water-break, the championship game burst into life with the award of a penalty to Kinsale.

Faye Aherne stepped forward only to see her penalty-kick saved by Cork senior shot-stopper Martina O’Brien. That save reenergised Clonakilty with Orlaith Deasy making no mistake from another penalty to hand the hosts a 1-4 to 0-6 advantage after three additional Finn points plus another white flag from fellow inter-county forward Sadhbh O’Leary.

It was nip and tuck heading into the final quarter with Kinsale leading 0-10 to 1-6. Clonakilty were rewarded for their increased second-half efforts when Moira Barrett found the net to edge her team two points in front. That was Orla Finn’s cue to gain possession and rattle the back of the Clonakilty net, securing a one-point victory from the jaws of defeat.

Despite the loss, Clonakilty produced a performance that bodes well for the remainder of their senior championship campaign. Siobhan Callanan and Ruth Shanley impressed in defence on an afternoon Orlaith Deasy (1-2), Moira Barrett (1-0), Ciara Ryan (0-2, 1f), Katie O’Driscoll and Sinead O’Donovan (0-1) provided the home team’s scores.

As for Kinsale, a vital and hard-earned championship triumph was attained thanks to 1-7 from Orla Finn and additional Sadhbh O’Leary, Faye Aherne and Jenny Murphy points. Saoirse Crowley, Emma O’Brien and Aideen Lynch also stood out. 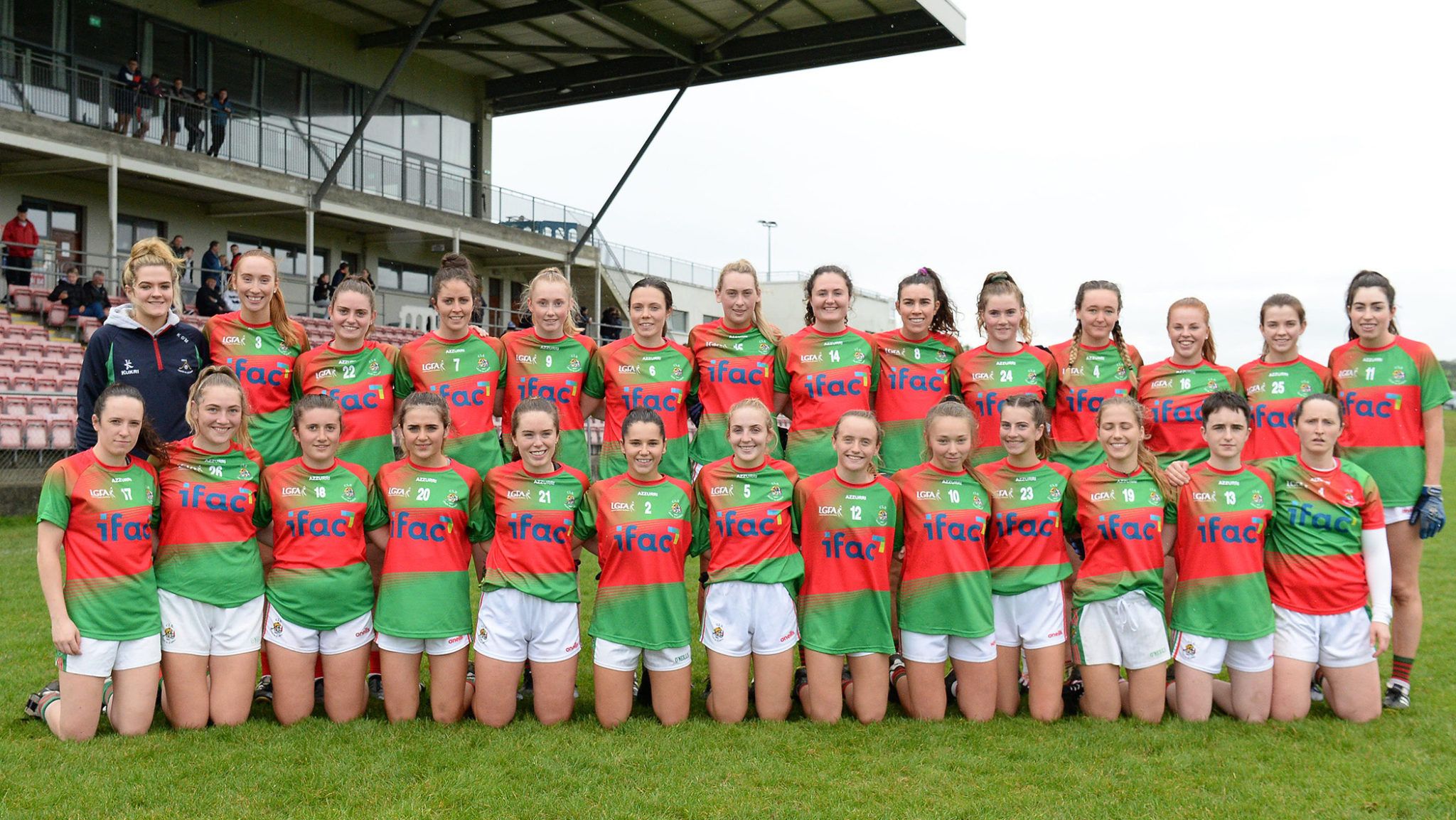 The Clonakilty team that lost their Cork LGFA senior championship opener to Kinsale in Ahamilla on Sunday.

Last Sunday’s second Cork LGFA SFC Group 2 fixture saw Éire Óg travel to St Val’s and come away with a 0-12 to 0-8 win. Atrocious weather conditions played a part in a game the score was level heading into the closing stages.

Éire Óg required every ounce of their senior championship experience to eventually get over the line and were indebted to Cork senior Eimear Scally who scored eight points. Laura Cleary (0-2), Emma Cleary (0-1) and Sadbh McGoldrick (0-1) were also on the scoreboard for the Ovens club. Laura Buttimer (0-2), Ciara McCarthy (0-2), Emma Flanagan, Sinead Cotter former multi-All-Ireland dual-winner Briege Corkery (0-1) were on the home team’s scoresheet.

Clonakilty travel to St Val’s this weekend with both clubs eager to rebound from their opening day losses. The meeting of Éire Óg and Kinsale in Ovens should be another occasion to savour between two teams just one victory away from cementing a senior championship semi-final berth.

In Group 1 of the Cork LGFA senior championship, an ominous-looking Mourneabbey continued their undefeated start with a 2-7 to 1-4 defeat of Bride Rovers amid awful weather conditions in Rathcormac. Roisin O’Sullivan and Laura Fitzgerald netted Mourneabbey’s goals, and they remain on course to reach the knockout stages. Fermoy and Inch Rovers’ scheduled Cork LGFA SFC Group 1 fixture was postponed due to a bereavement in the Fermoy area.