Bandon man Conor Hourihane is on loan at Swansea City.

CONOR Hourihane knows the highs and lows of the play-offs better than most.

Twice, he has experienced the euphoria of play-off final success at Wembley. Once, the Bandon man suffered the heartbreak of a play-off final defeat. The ecstasy and the agony, he has lived both and knows which one he prefers.

‘Play-off games are tense affairs, fantastic occasions when they go for you but hugely, hugely disappointing when they don't go for you,’ the 30-year-old says.

‘They are amazing games to play in. When they go for you, there's no feeling like it.’

First, Hourihane captained Barnsley to League One play-off glory in 2016 with a 3-1 win against Millwall at Wembley. Then in 2018, and now in Aston Villa colours, he lost the Championship play-off final to Fulham 1-0, again at Wembley. The next season, Hourihane and Villa bounced back to win the Championship play-off final by beating Derby 2-1 – and the West Cork man had reached the Promised Land as he became a Premier League footballer. 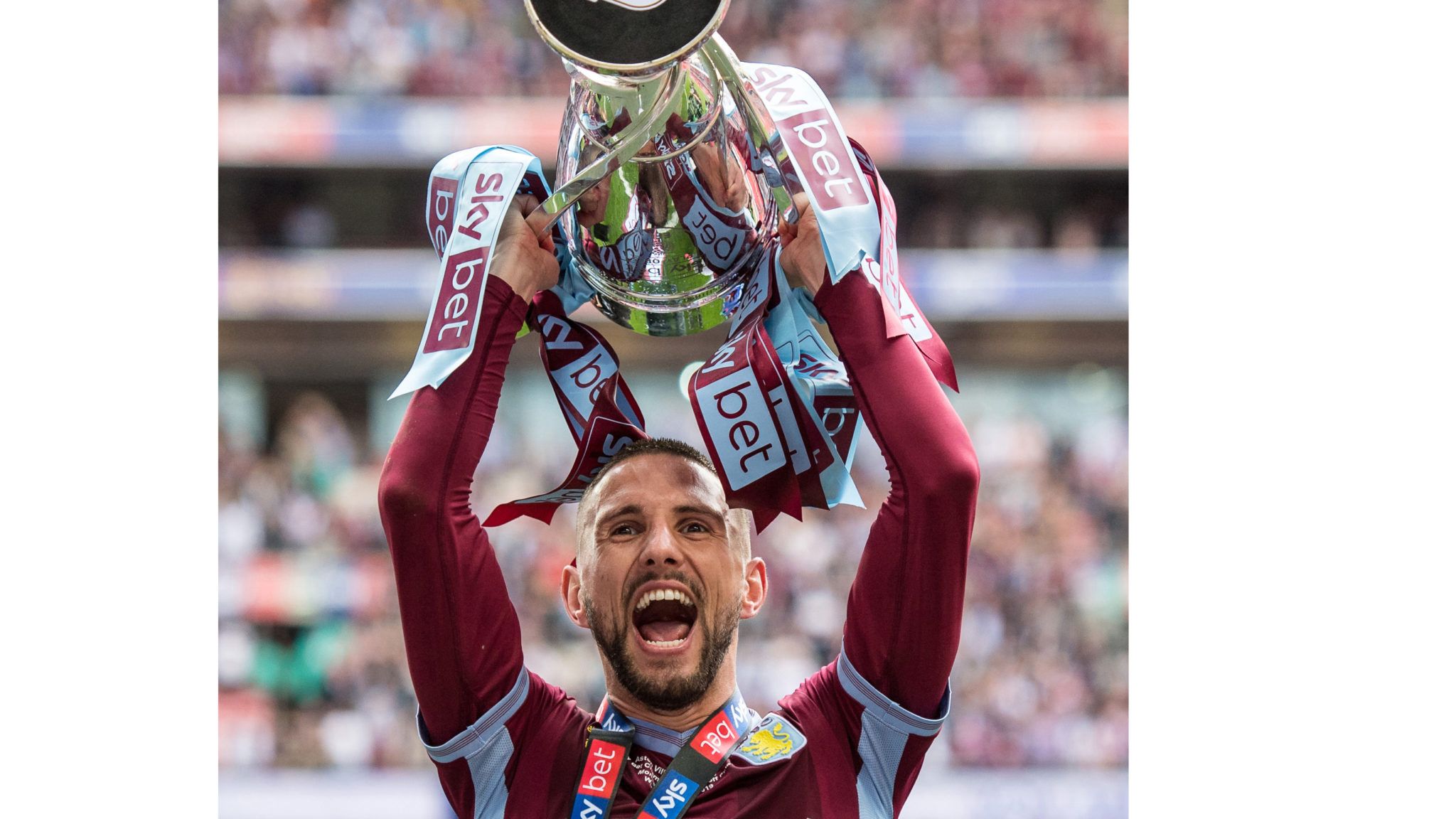 Conor Hourihane celebrates winning promotion to the Premier League with Aston Villa in May 2019.

Having left Villa on loan in January to join Swansea City in the Championship, his goal now is to get back into the Premier League. Hourihane and Swansea took a step in the right direction on Monday night when they defeated his old club, Barnsley, 1-0 away in the first leg of their Championship play-off semi-final. The Swans will take that advantage into the second leg at home this Saturday evening. Jump that hurdle and Hourihane will be back in a fourth play-off final.

‘That's one goal I'd like to hit before retiring, playing back in the Premier League,’ Hourihane said ahead of the first game against Barnsley.

‘I probably won't have too many chances to try to achieve that. Hopefully that can be with Swansea, if we're successful in the play-off campaign.’

Even though Hourihane will head back to Aston Villa once his loan deal expires and he has one year left on his contract, his future is up in the air right now. Those talks will wait until after the play-offs as the former Bandon AFC underage star is focussing all his energy on Swansea. So far, he has five goals in 22 appearances.

‘Wherever I have played I care about the club I represent,’ Hourihane told the club’s website.

‘Obviously, I want to do well from a selfish point of view, but I also want to make sure I help that club achieve what it wants to achieve and be successful. I know what the goal is here, I know how great promotion is, and I know what is at the end of the road and I want to get this club get over that line.’

His experience in these weeks will help Swansea. He’s been there and done that. Last season a Hourihane-less Swansea also reached the Championship play-offs and, like earlier this week, also won the first leg of their semi-final, but then lost the second leg 3-1 to Brentford and were knocked out. Swansea need to finish the job on Saturday – and these are the tight, tense, pressure games Hourihane enjoys.

‘I love it when things are this way. It was the same for me at Barnsley and it has been the same almost throughout my time at Villa,’ he explained.

‘It is exciting. Your career is short, so you always want to be involved in a team that is striving for something.

‘You want games to have something on them, to be important and be a factor in what the future of the club holds. I know I am on loan, but I want to make a difference here, I want to help this club get to where it wants to be.

Conor Hourihane will have enjoyed his return to Oakwell tonight as Swansea beat his old club Barnsley 1-0 in the first leg of their Championship play-off semi-final. Second leg is this Saturday. pic.twitter.com/uPNHrxcgi6

‘That’s why I will always take these situations over playing ten games at the end of the year in mid-table.

‘Don’t get me wrong, you always want to win and perform, but knowing you are fighting for promotion is a different feeling.

‘I know what’s it like getting promoted to the Premier League, and I know what it’s like coming down that final stretch and I loved it.

‘You’re a footballer, this is what you want, to be fighting to achieve things at the business end of the season.’

With Hourihane in their corner, Swansea have a man who wants to stand up and be counted, and who wants to lead. He can keep his emotions in check, too, like he did on Monday. Hourihane is a club legend at Barnsley following his spell there, but that has been put to one side. He has a job to do this week. It’s half done. And he wants to finish it on Saturday. Then he’s back in Wembley and looking for a hat-trick of play-off final wins.